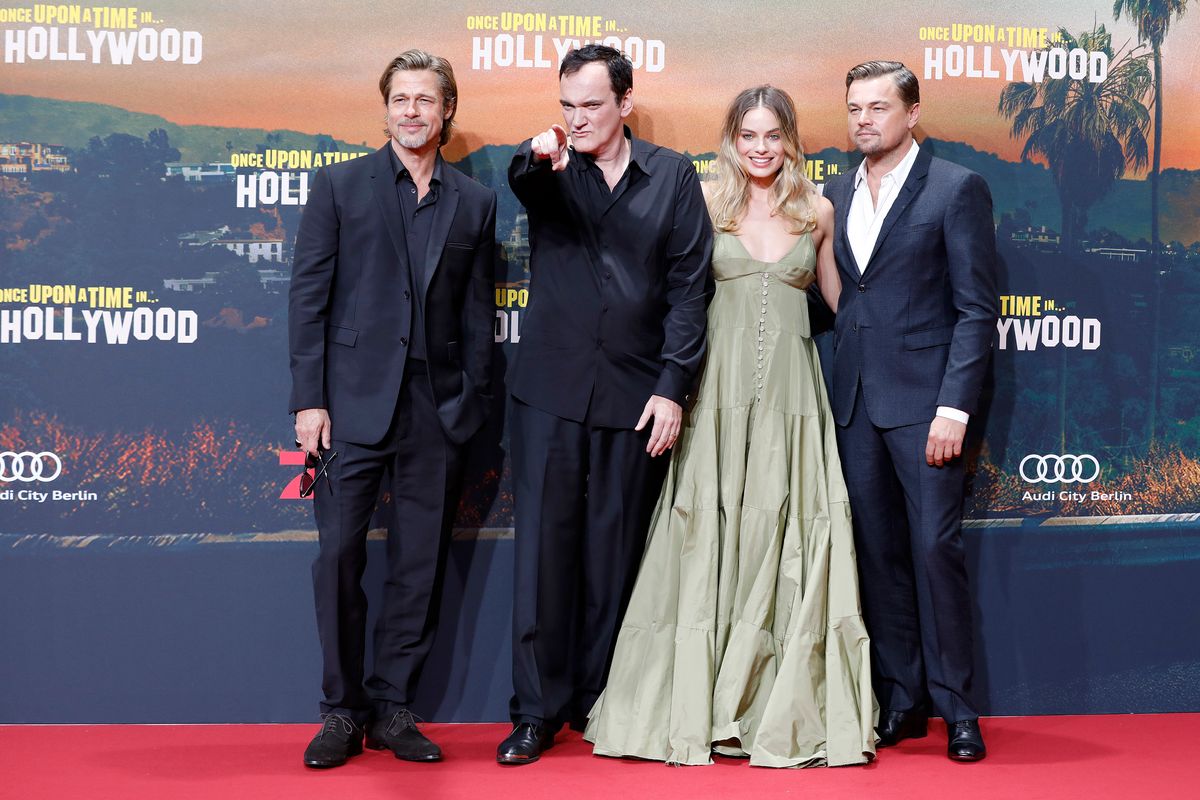 Coming on the heels of the Golden Globes, where only two of the 28 winners were people of color in a year that they dominated TV and film, #BAFTAsSoWhite is trending on Twitter. Britain's most prestigious British film award ceremony has come under fire before for failing to recognize people of color's industry contributions. But that didn't stop them from nominating only white actors in 2020:

Tom Hanks, A Beautiful Day in the Neighborhood
Anthony Hopkins, The Two Popes
Al Pacino, The Irishman
Joe Pesci, The Irishman
Brad Pitt, Once Upon a Time in Hollywood

While no actors from Parasite, Us, The Farewell, Hustlers, Harriet, or Dolemite Is My Name were nominated, Margot Robbie was literally nominated twice for Supporting Actress. Beyond the acting categories, films directed by, starring and telling stories about white men like Joker, The Irishman and Once Upon a Time… in Hollywood dominated, the former picking up 11 and the later two tied for 10 nominations. Fans are now demanding justice for Awkwafina, Jennifer Lopez, Lupita Nyong'o, Cynthia Erivo, Choi Woo-shik, Park So-dam and others.

The director category is also all-male, despite critical praise for Greta Gerwig, Lulu Wang and Lorene Scafaria in recent months. Bong Joon-ho made the cut, also picking up nominations for Best Film and Best Original Screenplay.

The nominations are so egregious that BAFTA executives have had to make a statement, though they're blaming the industry instead of themselves.

"Clearly everybody knows that everybody in the four acting groups of nominees are white, it's infuriating, we can't make the industry do something, all we can do is encourage and push and inspire and try to help people coming in at the bottom end," said Marc Samuelson, chairman of BAFTA's film committee, according to CNN.

"We would like there to be more diversity in the nominations, but this continues to be an industry-wide issue," Emma Baehr, director of awards and membership, told Variety. "We'd like to see more diverse nominations and we will work harder and push the industry more. But that shouldn't take away from those who were nominated [this year]."

Despite these executives' confusion over how much power they hold in the industry, the BAFTAS are considered a major predictor for the Oscars. See you in a few days, when we have to write this article again.