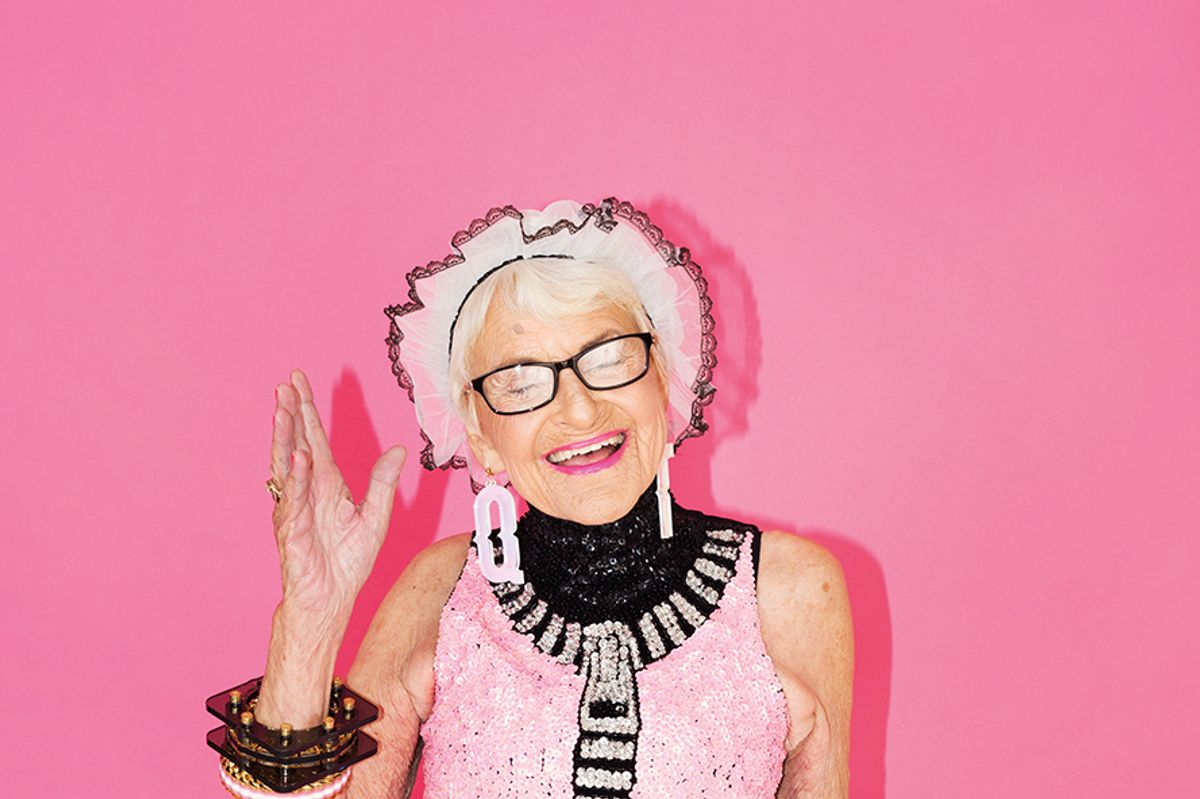 Baddie to the Bone


Top and shorts by Di$count Univer$e, bonnet by Screaming Mimi's, jewelry by I Still Love You NYC


Eighty-seven-year-old Kentucky native Helen Ruth Van Winkle, known to the rest of us simply as "Baddie Winkle," was only just trying to be spontaneous when her great-granddaughter, Kennedy, posted a photo of Baddie wearing a tie-dye shirt and cutoff shorts, and throwing up a peace sign, in April 2014. Since that first photo, her "Baddie" alter ego has spawned 1.7 million Instagram followers, including Rihanna and Miley Cyrus — the latter of whom asked the senior queen to join her during her hosting gig at the 2015 VMAs.


Her popularity has also translated lucratively into other fields, including monetized Instagram posts, a campaign for Los Angeles–based streetwear brand Dimepiece, a potential reality show and major appearances around the world. In honor of our Fandemonium issue, dedicated to online stars, we asked her a few internet-y questions below.

Tell us about the craziest thing you've done in 2015.

Oh, I do crazy things all the time. But I guess it was when I was on a stage at the Electric Daisy Carnival in Vegas; it was very high. And they had to lift me up there, as a matter of fact. I was kind of afraid to move my feet and dance, because I was afraid to fall off; it was very narrow! But I danced!

When was the last time you were afraid?

Being a kid was scary. I grew up during the Great Depression. We didn't have electricity, we didn't have TV, we didn't have telephones; we didn't have anything except ourselves. So, everybody would get together on the weekends and tell ghost stories. And then I was afraid when my mother-in-law died many years ago. But it prepared me for when my father died, about a year or two later. That took all my fear away and made me stronger.

What's your favorite meme you've ever seen online? Doesn't even have to be you.

Of course you can!

I would say me.

Has anyone ever tried to slide into your DMs?

Oh my god! What happened?

It was a picture.

What's one thing you want to tell the world?

I'd say, live your life to the fullest; be kind to everyone. Even though some people don't like you, be kind to them, anyway; build them up if they're feeling


down. And to the older people of the world: Get out and do the things they think you can't do.