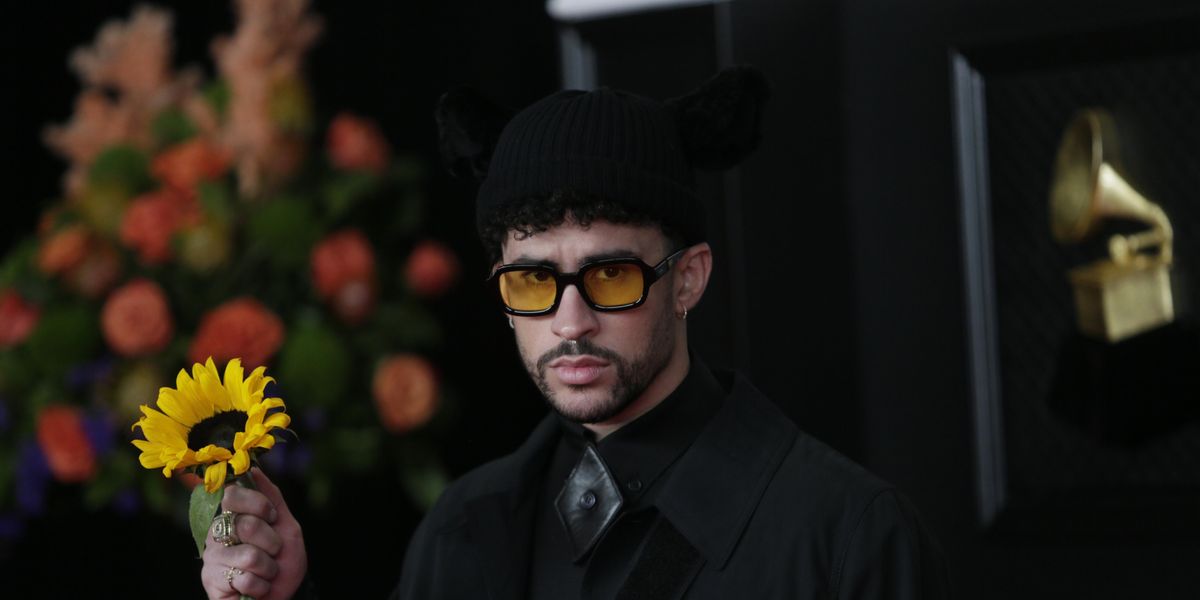 Fresh off of a Grammy win, Bad Bunny is showing no signs of slowing. In fact, it seems like his next move involves getting back in the ring.

The Latin trap superstar made a return to the WWE as a part of Monday Night Raw to accept The Miz's challenge to a match at this year's upcoming WrestleMania, which is set to take place across two nights, streaming on Peacock April 10. Bunny also took the opportunity to get a little revenge on the wrestler for destroying his gear back when performed at the Royal Rumble earlier this year by smashing a guitar across The Miz's back mere moments after he had just won the match against Jeff Hardy.

Ahead of the Royal Rumble, where he fittingly performed his song "Booker T" alongside none other than the actual legendary wrestler Booker T, Bad Bunny told Billboard, "I have been a lifelong fan of WWE and I am excited to take the stage and entertain fans around the world."

Bunny's upcoming appearance will not only be his in-ring debut for the WWE but could also possibly make him the first artist to win a Grammy and a WrestleMania title in the same year. (Whether Bad Bunny actually ends up winning or not, one thing is for sure, he is more than welcome to put me in a chokehold any time.)