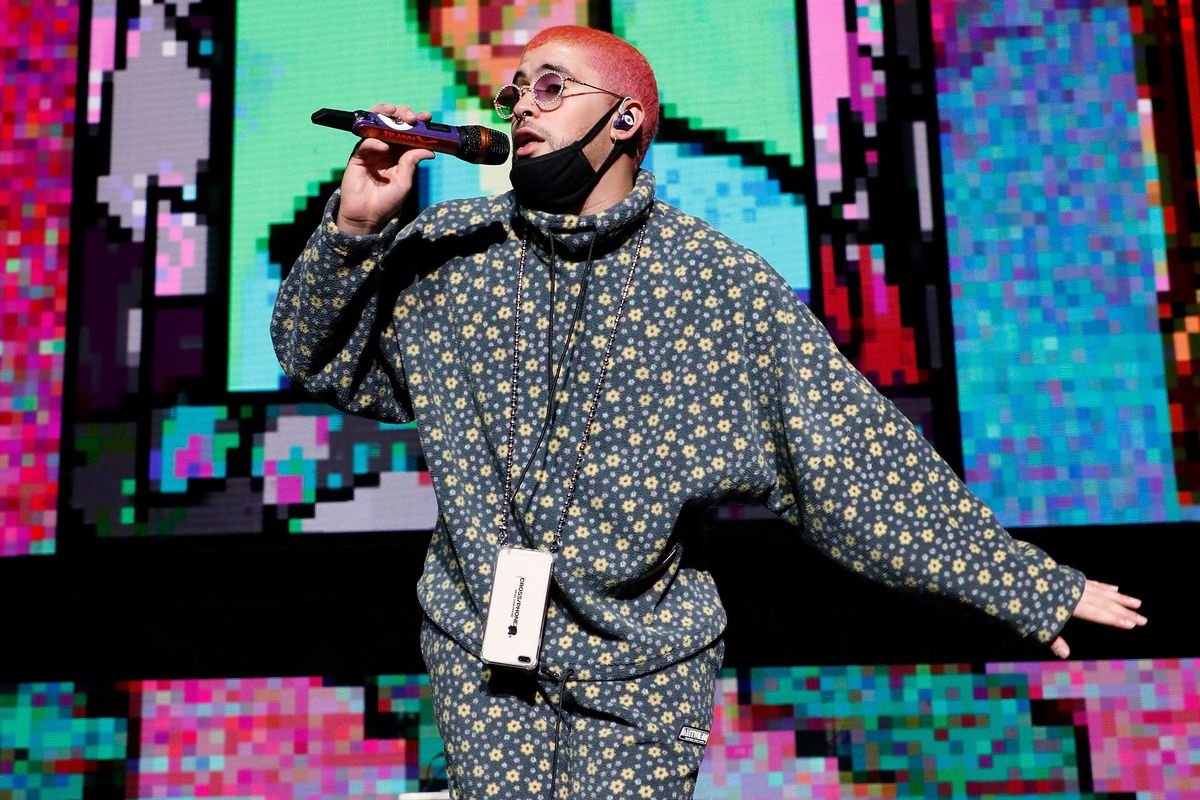 Kobe Bryant was beloved by an unfathomable number of people around the world. Sunday night's Grammys ceremony — hosted at the Staples Center where Bryant played hundreds of Lakers games — felt more like a funeral, and it was clear that the NBA player had an outsized impact on many in music. Lizzo, Alicia Keys and Lil Nas X were among the artists who paid tribute to him in their performances. Bryant, his daughter Gianna, and eight other passengers died in a helicopter crash near Calabasas just hours before the show.

Among those mourning are Bad Bunny. The Puerto Rican artist shared a song this morning called "6 Rings" dedicated to Bryant. "I would never have imagined that this would hurt me so much," he wrote on Instagram after the news broke. "I still remember the first time I saw a basketball game, at age 7 with my dad, and it was a game with this genius, and from that day on he became my favorite player."

"I have never mentioned it because it does not necessarily have to do with music, but this man has been an inspiration in many ways for so many aspects of who I am today."

The song opens with commentary from Bryant's historic 2006 81-point game against the Toronto Raptors in 2006, before settling into a rattling, woozy beat. The title alludes to Bryant's five NBA championship rings, playing on the idea that he'll get his sixth in the next life.

The Spanish lyrics note, via Rolling Stone, "You won 6 rings, 5 with the NBA and one in a marriage that gave you your daughters/ Thinking that one of them left with you, got me outta control/ But nah, it's so you don't play ball alone in heaven."

The song ends with a recording of Bryant thanking his fans, saying, "From the bottom of my heart, thank you. And what can I say? Mamba out" and a crowd chanting Bryant's name.