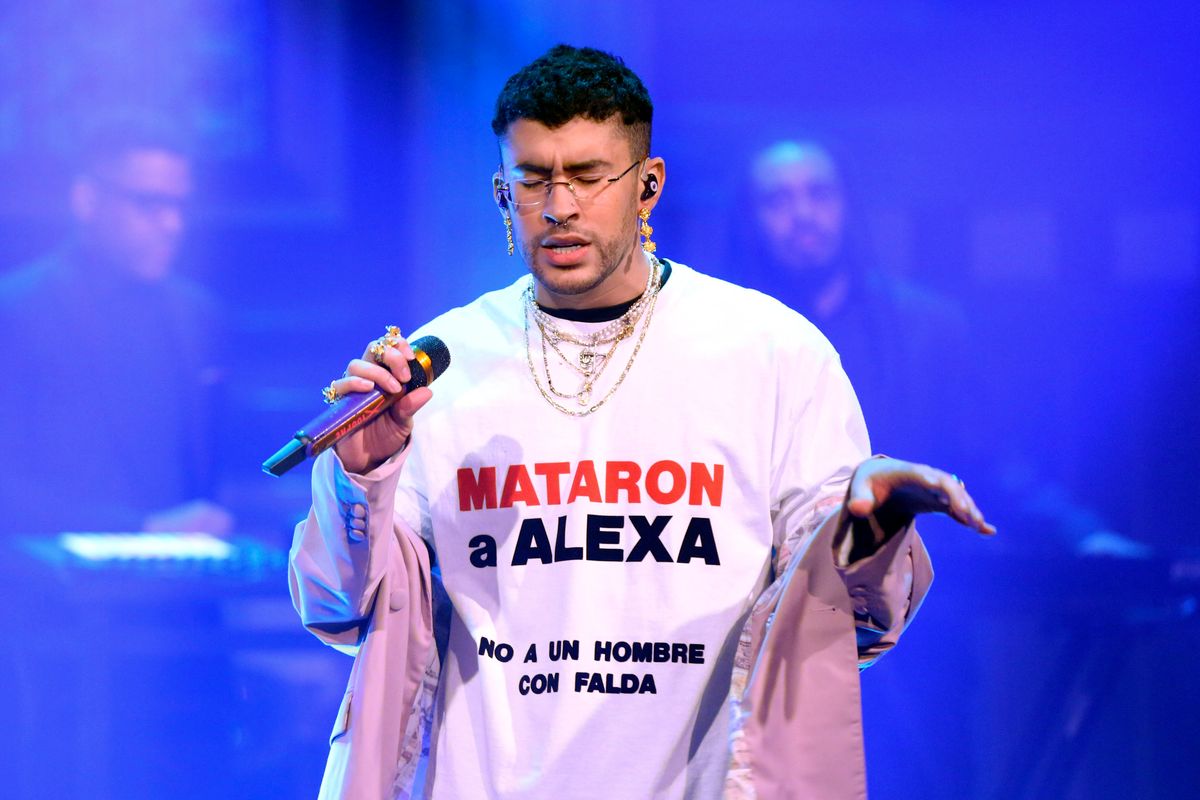 Last night on The Tonight Show Starring Jimmy Fallon, Bad Bunny was both a musical guest and interviewee, sitting down to reveal the artwork for his upcoming album, Yo Hago Lo Que Me Da La Gana. The new record is set for release at midnight tonight, but it's what Bad Bunny did during his musical segment that has the internet buzzing.

"Mataron a Alexa, no a un hombre con falda" ("They killed Alexa, not a man in a skirt") is trending on social media after Bad Bunny wore a shirt bearing the phrase during his performance of "ignorantes" with Sech. It references the murder of Alexa Negrón Luciano, a homeless trans woman from Puerto Rico who has been misgendered in news reports of her death. Alexa was just 27 years old when she was gunned down in the headlights of a car — a video of the incident was posted to social media — after being publicly harassed at a fast food restaurant earlier in the day.

While Governor Wanda Vázquez told the press that Alexa's murder would be investigated as a hate crime, the circumstances reflect the unfortunate reality that transgender and non-binary people living in the United States face prejudice and violence on a daily basis.

Bad Bunny's being applauded for the tribute, and there are ways you can support the cause, too. The Sylvia Rivera Law Project is a great resource to donate to, and offers legal services to trans women to insure that "all people are free to self-determine their gender identity and expression, regardless of income or race, and without facing harassment, discrimination, or violence." Those interested in learning more can visit their website.