There seems to be a Downtown revival going on. The Downtown of legend and lore that only exists in the minds and social media pages of people who were there. The glory days of the late 70s-early 80s of Haring, Basquiat, CBGB and the Mudd Club. Maybe it has something to do with the recent deaths of three of its brightest stars -- Anita Sarko, Edwige Belmore and Holly Woodlawn -- whose passing jogged memories and many Facebook messages of love and prayers, the sudden awareness that time and tide wait no man or woman.

As more and more stories, films and photographs emerge from the vaults and memory banks of that storied era, Marcia Resnick and Victor Bockris' "Punks, Poets and Provocateurs: NYC Bad Boys 1977-1982" (Insight Editions) stands out for its ambitious attempt to capture the people that made that era memorable. Resnick's iconic photos, along with contemporary interviews and a new essay by Beat-Punk historian Victor Bockris, rings the bell on an era that refuses to die -- no matter how many of its seminal figures do.

"When I was putting the book together," says Resnick,"I wanted to have writing that was in the spirit of that time by the people who lived in that time. I wanted it to be a pastiche, a collage of writing and images. Victor [Bockris] introduced me to a lot of the people, especially the Beats. I knew him from 1977 on. It seemed natural to select him as the writer."

The author of 12 books spanning the beat-punk era, including tomes on Lou Reed, William Burroughs, Keith Richards and Andy Warhol, Bockris has probably spent more time thinking (and writing) about those glory days than anyone else. And his conclusion? "The '70s were arguably the most creative decade in the second half of the 20th century in the Unites States. Much more creative than the '60s. Punk was somehow a catalyst in bringing this all together. Traditionally new art movements have to kill fathers. Pop art kills Expressionism, rock kills jazz. When punks came along they paid homage to both William Burroughs and Andy Warhol as two of their greatest influences. That had a lot to do with reenergizing the Beat generation and [Warhol's] Factory."

Photographer Resnick was as much a part of the sex, drugs and rock 'n' roll scene as it was possible to be, but there was more to it than that. What made the era different is that there was more to it than that unholy trinity. There was also Art, the holy of holies, that mattered more than anything else. "I explored myself, my adolescent sexuality," she says of her first book Re-Visions. But back in Manhattan "it was time for me to actually look at people. I never really did portraits before. It was a new, exciting experience. Also I felt guilty about spending so much time going out to hear music. I made it my art to bring people back home to photograph them in my studio." 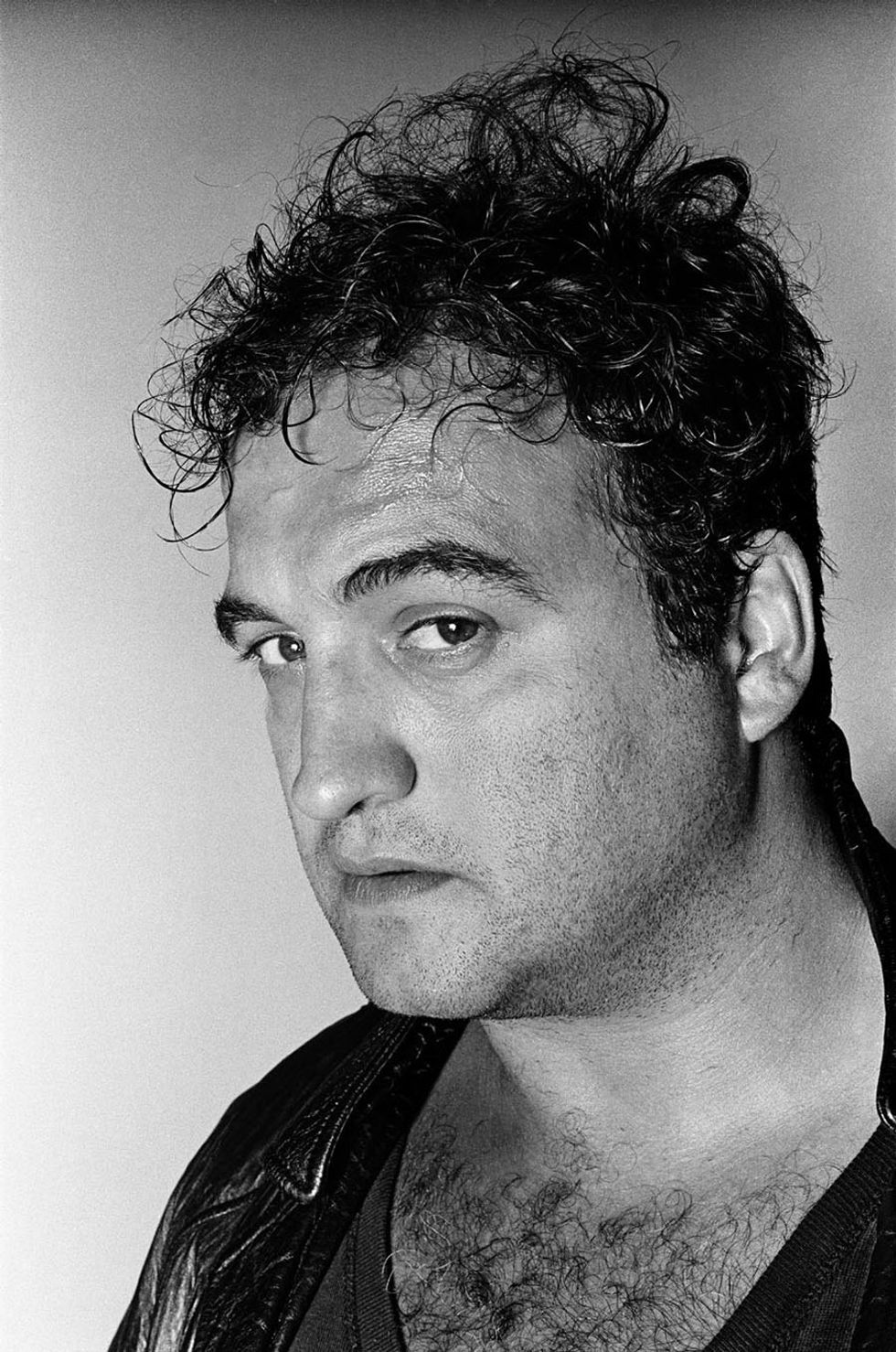 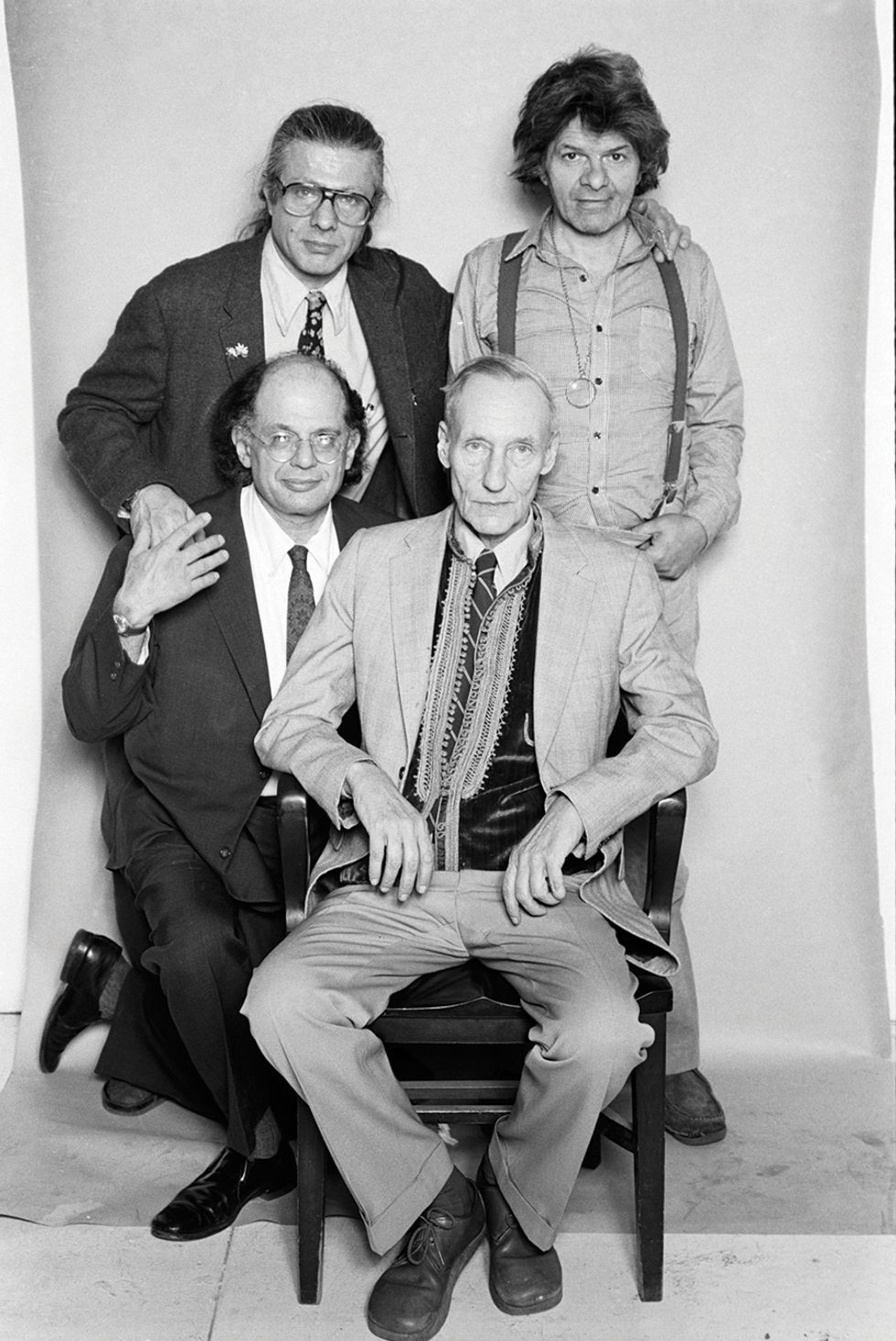 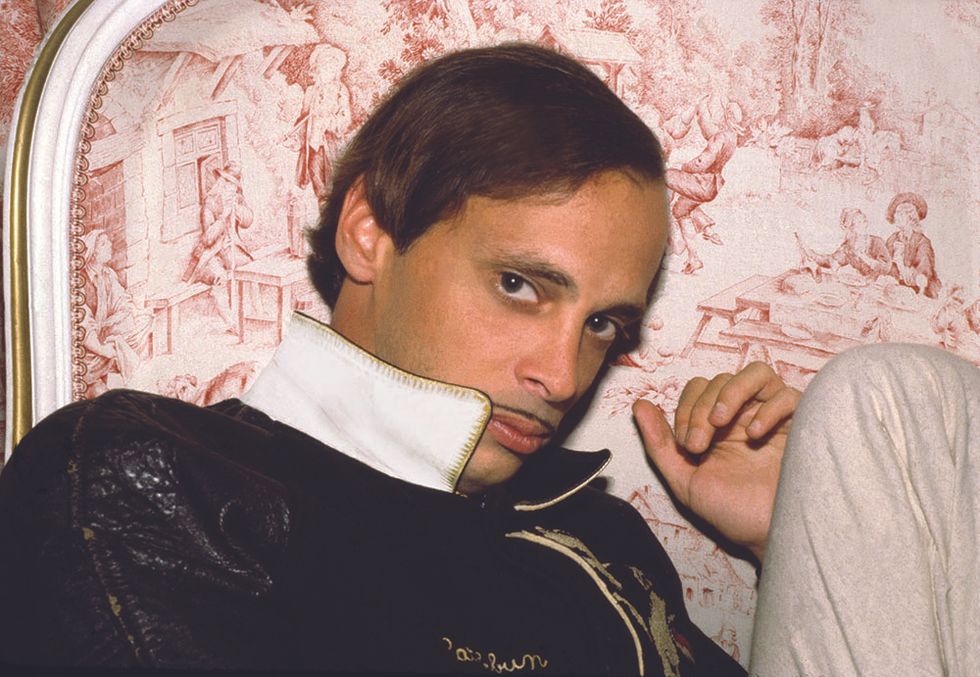 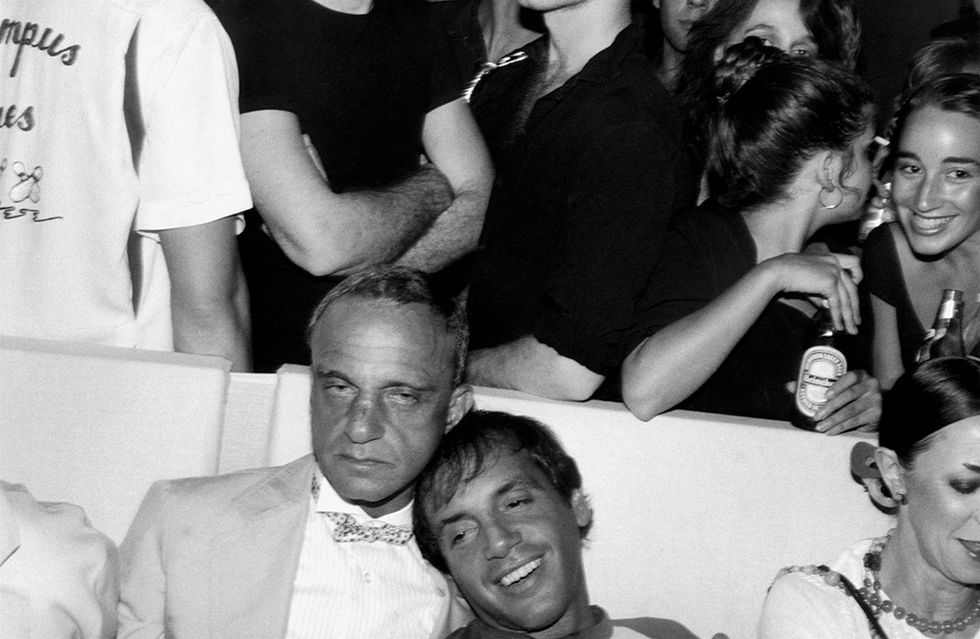 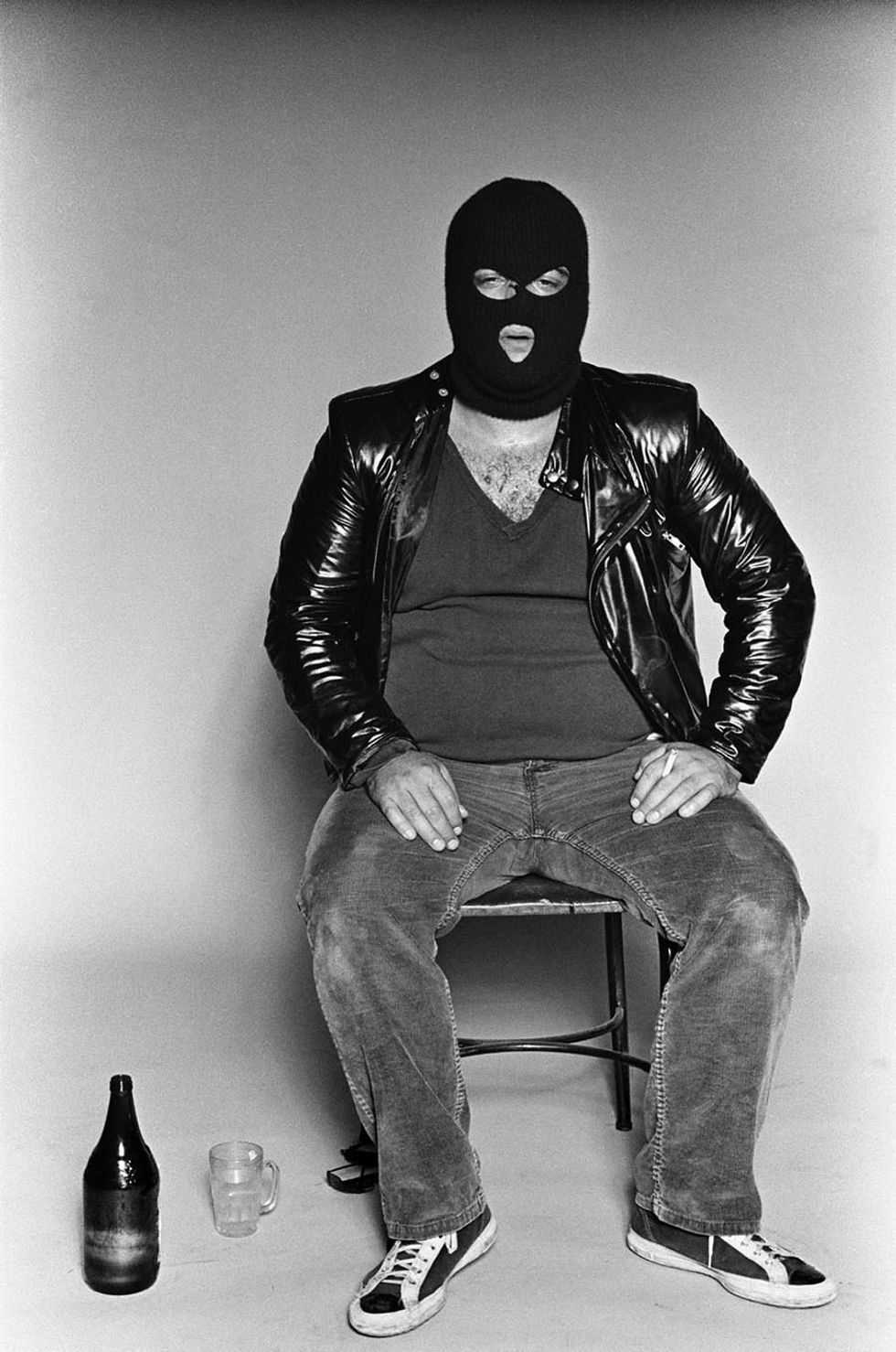 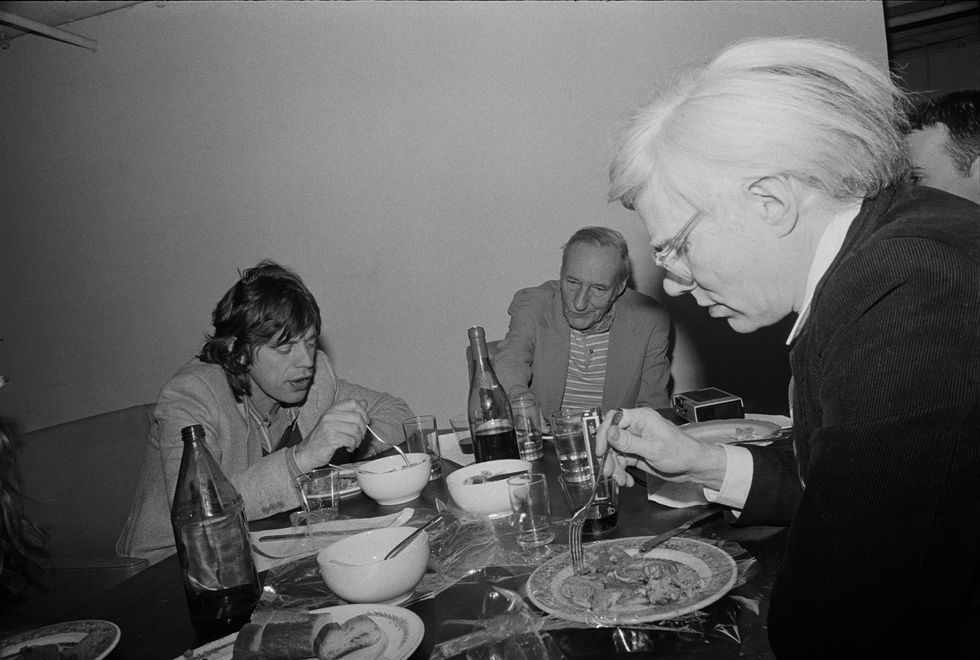 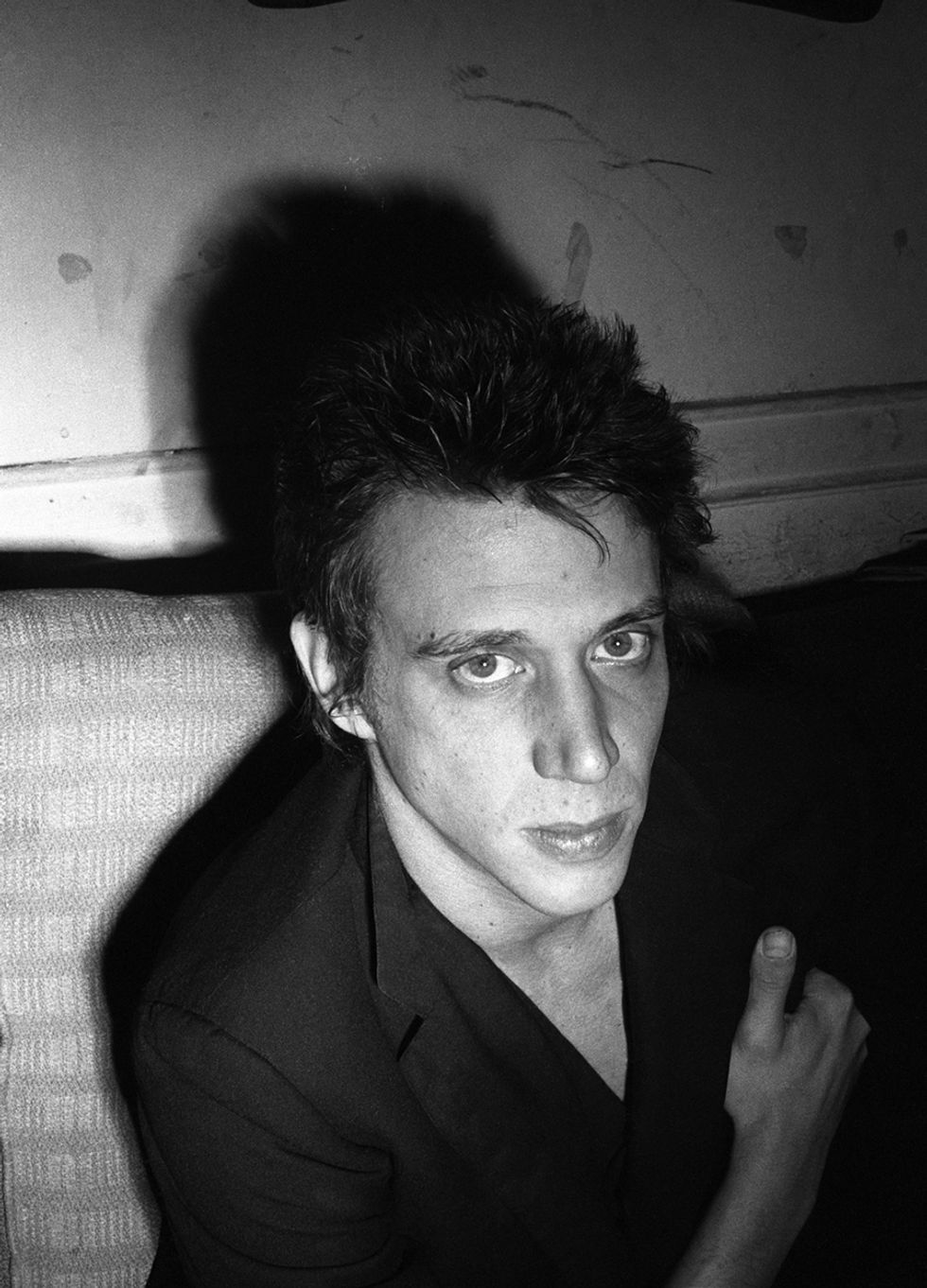 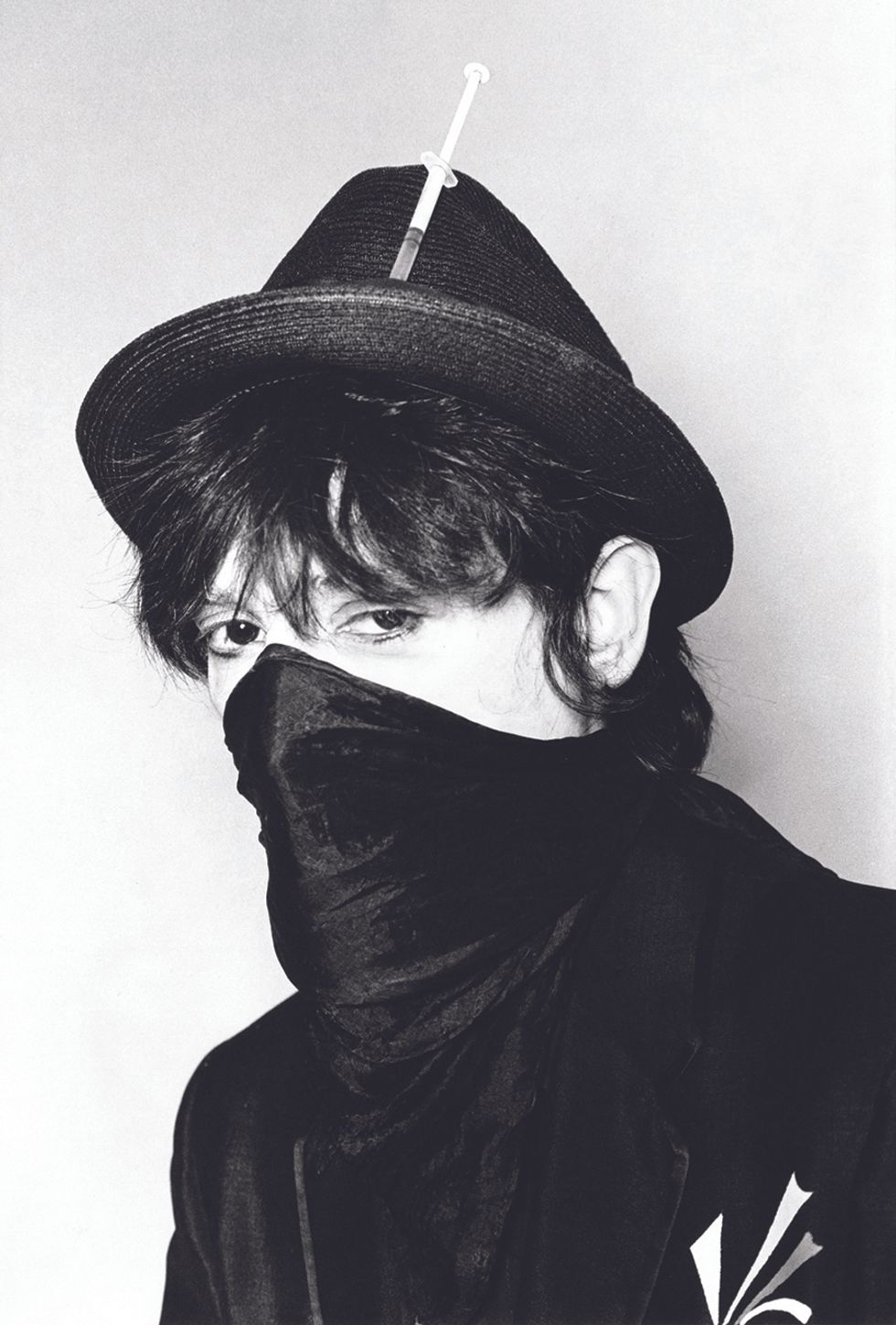 The peculiar strain of New York punk favored and captured by Resnick and Bockris stands out in retrospect and partially accounts for its tremendous influence today. Unlike LA, say, where it took a totally different direction. "New York punk is an art movement," says Bockris. "No one's going around and saying things like that in those days. But if you read interviews with Joey Ramone you'll see that they thought of it as art."

While Bockris says he was the first Bad Boy Resnick photographed, their collaborations go much further than that, including a romantic relationship he chronicled in print. "I had just recovered from a nervous breakdown," he recalls, "and was the High Times Magazine roving editor. I wrote this big piece called 'Why I Hate My Girlfriend' about Marcia, which became a big hit. Later I wrote a piece called 'Negative Girl' about Marcia, which was a cover story. I was working with her one way or another."

A major undertaking of theirs was the orchestration of a historic dinner party with Andy Warhol and Mick Jagger at William Burroughs' Bowery Bunker apartment. Bockris was working with Burroughs, taping a series of dinner parties that eventually turned into the book With William Burroughs: A Report From the Bunker. "It consisted of recording a lot of dinner parties and using the transcripts from the parties to weave together a portrait of him. The high point and low point of the whole book was this dinner with Mick Jagger, which started out as being the best thing that ever happened and ended up being the worst. It's very funny.

"The thing was that Andy Warhol and Mick Jagger were good friends but the problem was that Jagger didn't want the Rolling Stones to be associated with Burroughs because he didn't want the association with heroin. This was in 1980 and Keith Richards had only just in 1979 gotten off from that Toronto bust thing, which really did threaten the band's future. Jagger was very, very concerned about this. We really wanted to have dinner with Keith Richards. Keith really wanted to do it but it was hard getting him organized in those days. So we asked Mick.

"Burroughs and Warhol are getting along like a house on fire and Jagger comes in and sits down and instead of saying, 'How are you' or 'Let's have a drink' he says 'What's this all about?' and put us on the spot. Unfortunately, Bill couldn't remember. It was embarrassing. Bill had this idea of having an interview but it just collided with the situation and subsequently there was total silence at some times."

Resnick has her own memories of the close encounter with the "Three Kings" as she calls them: "King of the Over Ground Mick Jagger, King of the Middle Ground Andy Warhol and King of the Underground William Burroughs. At first Burroughs and Andy Warhol were there and they were talking about young boys and it was really fun listening to them. And when Jagger came a little later it became really awkward. At one point there was a food fight," she says. "Mick Jagger started it and he threw it at me."

As much as her kingly close encounter intrigues me, the heart and soul of the book are her portraits of downtown icons during what was then a very underground scene. Richard Hell, David Byrne, Joey Ramone, Johnny Thunders, John Waters, Anthony Bourdain and roughly 100 other Bad Boys shot for the book were underground stars of the scene who had yet to become the legends they are today. "I liked the idea of a woman photographing men. I was interested in pursuing and recognizing any kind of sexual interchange that happens between subject and photographer. It was post-women's liberation and I was interested in being that woman photographing that man."

In case you're wondering, I asked if the photo sessions would turn into sexual liaisons as well. "Once in a blue moon," she says. "It was about looking and seeing what that dynamic was between me and a male gaze."

Nothing says this more than her series of portraits with the man whose cover photo first greets you and then closes the book with a portfolio of images. John Belushi, the brilliantly troubled partier showed up at her loft one night binging. He was going to the Hamptons for Lorne Michaels' wedding the next day but had a few hours to kill. Non-plussed Resnick went for it, capturing the raw and tragic tale, images that outlive its subject by many years, a testament to Resnick's artistry and resiliency. Belushi died six months later of an overdose at LA's Chateau Marmont Hotel.

As for the Baddest Boy in the book, Resnick picks Roy Cohn. The famously closeted gay (who everyone knew was gay), Cohn rose to fame as a young man when, still in his 20s, he was FBI boss J. Edgar Hoover's hand-picked lawyer in Senator Joseph McCarthy's Communist witch hunt in the '50s. He rose to be a power broker and fixer in New York City, his thumb print present in many major deals and scandals.

"I had just photographed [Studio 54's] Steve Rubell and Ian Schrager as Bad Boys," she recalls. "So when Rubell was at the Mudd Club with Roy Cohn he saw me and beckoned me to take their picture. They were 'luded out and had just come from [mob boss] Carmine Gallante's funeral and Steve told me "He got what he deserved." Some weird thing like that. I went to the Post with the picture. And they wouldn't use it. Roy Cohn's office called me the next day and asked for the photo, but I didn't respond to them. He was the Baddest Boy in the book. Literally."