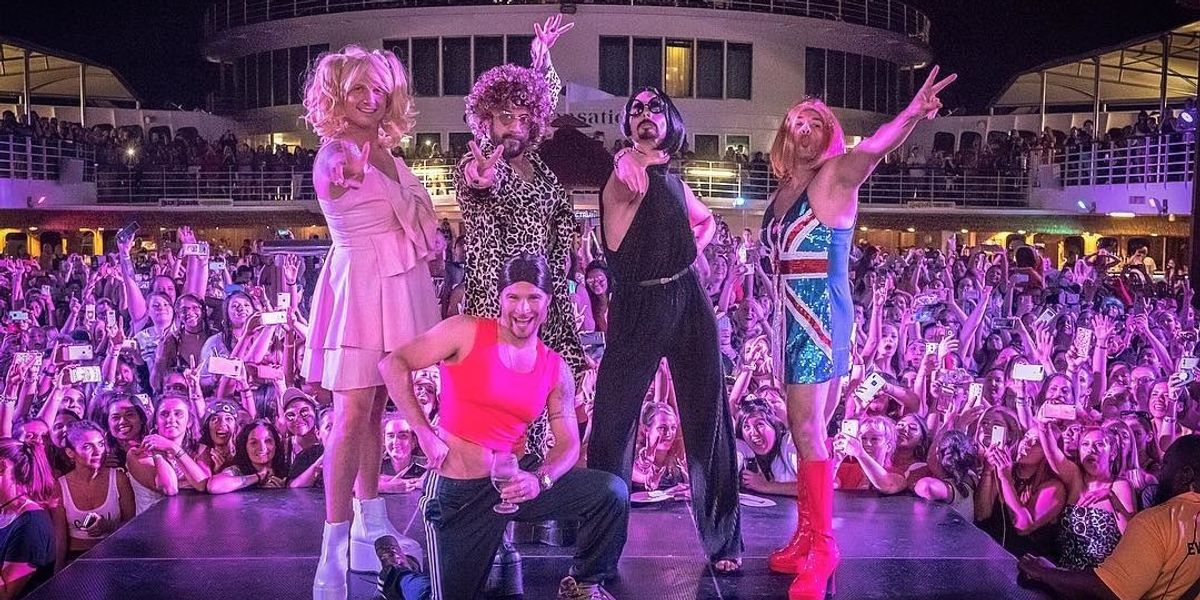 Related | The Backstreet Boys Are Better Than Ever

"Celebrating all the girl power that's kept us going for 25 years," the band wrote on their Instagram, with the accompanying hashtag "#SpiceBoys." The BSB (yes, that stands for Backstreet Boys) cruise-goers certainly enjoyed the show.