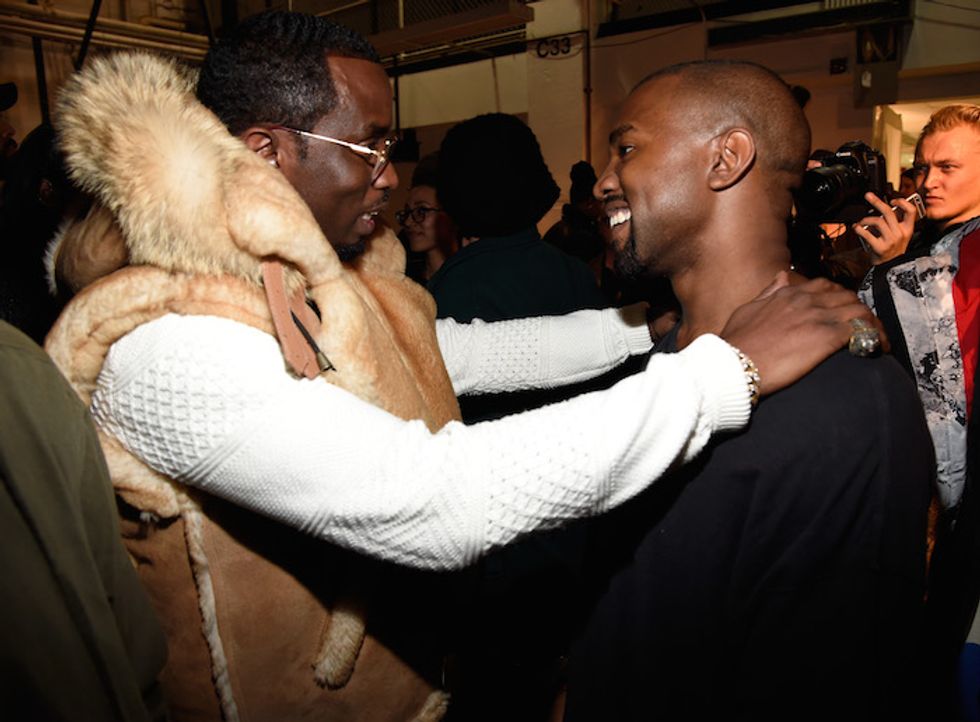 by Mickey Boardman
PAPERMAG
Last night, Kanye West presented his latest sneaker, the muted Yeezy 750 Boost, and his first collection for Adidas. In collaboration with performance artist Vanessa Beecroft, the show featured a diverse army of models standing at attention in the artist's signature style (notably, the youngest member of the Kardashian-Jenner family, Kylie made her runway debut). As flesh-toned takes on the leotard, distressed oversized sweaters and lots of camo covered the stage, a recording of Kanye filled the room and explained why he continues to do fashion projects despite the less than adoring response he's received in the past. "I want people to feel like awesome is possible," said West. It was nothing short of inspiring and reminded the audience of West's love of expressing his creativity in new ways. And speaking of Kanye West expressing himself in a myriad of ways last night, West also unveiled the first track from his upcoming album, "Wolves," during the presentation.