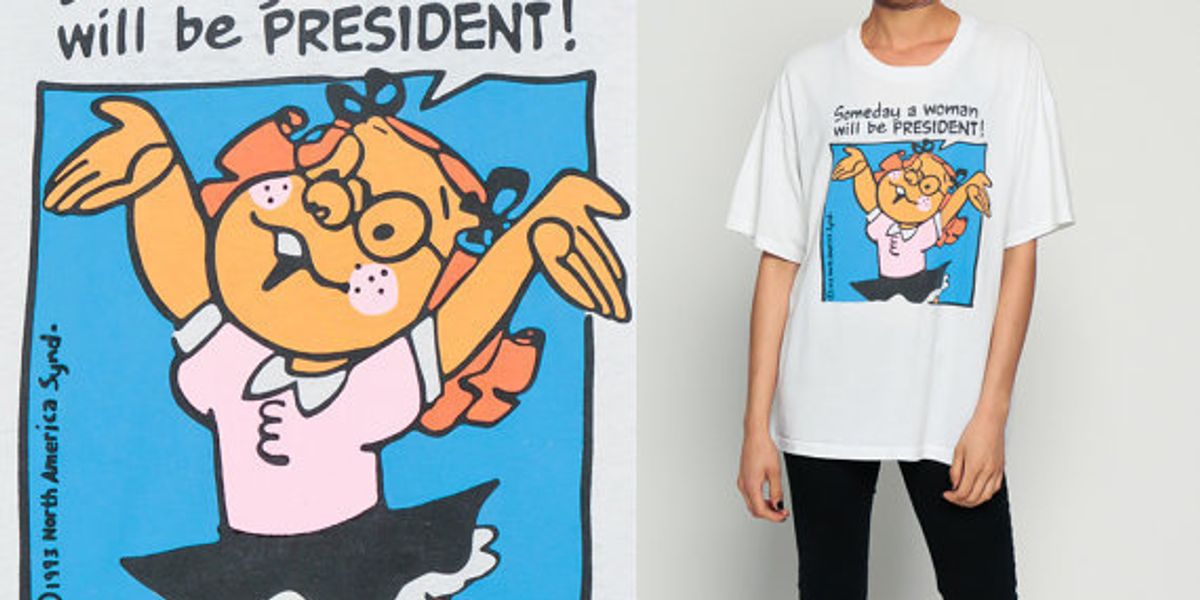 Back In 1995, Wal-Mart Pulled An "Offensive" "Someday A Woman Will Be President" Shirt

Today in "I need to just go sit in a dark room and chain smoke" news, someone has unearthed an old newspaper article about a Florida Wal-Mart store pulling a t-shirt saying "Someday a woman will be president" because it "was offensive to some people." In 1995.

Last night, Nick Kapur happened to spot the AP article in an archived edition of the Tuscaloosa News via Google Reader. Wal-Mart decided to recall the shirt, which features a picture of Dennis the Menace's Margaret, after one customer complained. Here's the shirt in question, which you can currently find on vintage Etsy stores.

According to the shirt's designer, Wal-Mart HQ also refused to carry the shirts nationwide, because the message went "against Wal-Mart's family values."

Thankfully, the company did end up apologizing for the "overreaction" down the line. Though we wonder what those buyers are doing now...