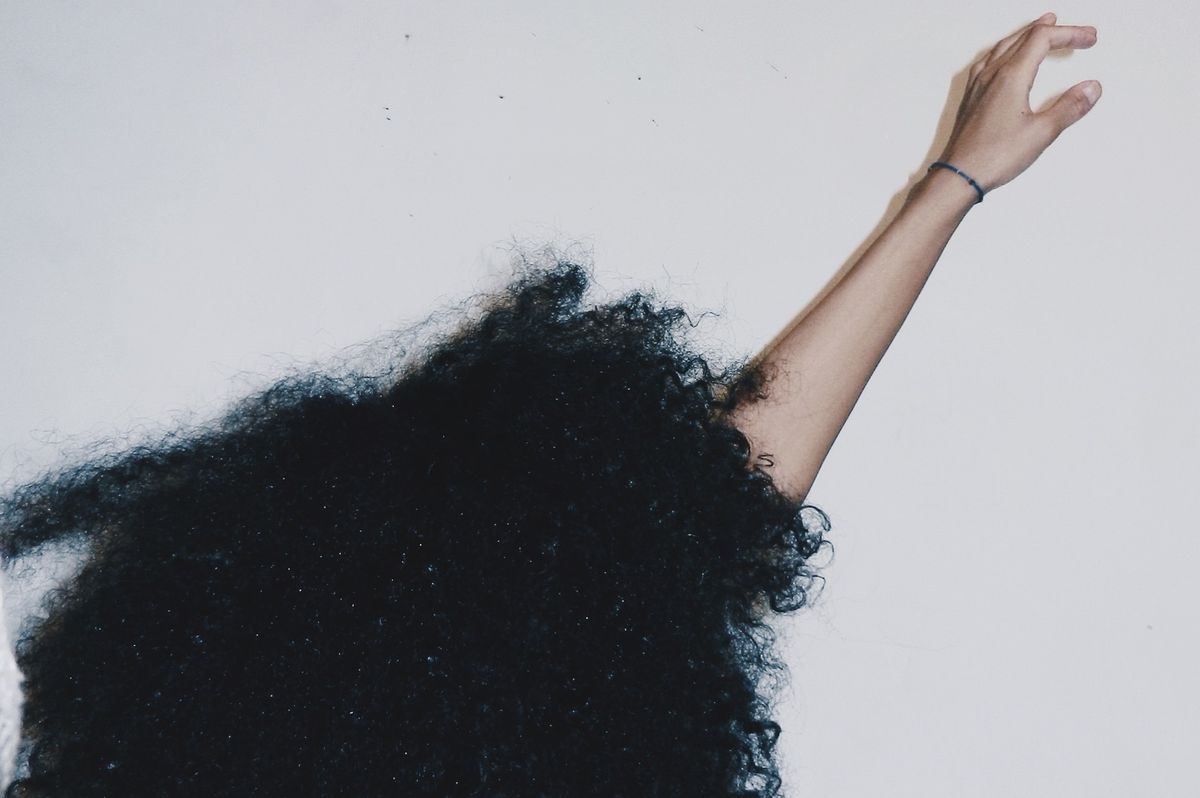 ​Back From Her Deathbed: vhvl's Second Act

Veronica Lauren was certain she was on her deathbed. After three months of drifting in and out of consciousness, of crippling back pain from her atrophying spinal column, it felt like the end. "I was almost done in December, she says, on the phone from her parent's house in Harlem, where she's still in recovery. "I was at a point where I was just waiting to die."

At the same time, Lauren was also recording an EP under her vhvl moniker, an ambient electronic project that began in December 2013 with the release of Myrrh. Titled the EVN EP, it was almost her eulogy album; her Donuts, her Blackstar. Unlike Bowie and Dilla though, the concept planned for a future. It suggests vhvl was not prepared to depart. The EVN EP contains only even numbered tracks as song titles, purposely written with missing pieces. It's a puzzle to be finished with the presence of the ODD EP.

But like Donuts, debilitating illness plays a major role in the record. Anxiety is inherent in the tone selection on EVN, which Lauren channels her deepest fears into. And, although her time in the hospital could not quite be described as Dilla-esque, she still could not set up a bedside workstation. She was barely conscious and in too much pain. Doctors and nurses were even reluctant to give her cell phone access.


But creating as vhvl would be essential to her recovery. The project channels her most painful memories and experiences into destructive soundscapes of ambient beat and mood music. She describes her studio as a graveyard of SP-404s and SP-555s, but her process goes well beyond the beat machine, as she's a classically trained pianist. On her collaborative tape with Ras G called Seat of the Soul for Stones Throw, she recorded a 15-minute excursion called "fvrfew" to the magnetic strip and declared her primary influence to be the "founding mothers of electronic music." She's the type to recognize Danny Brown's "When It Rains" for the Delia Derbyshire sample from "Pot Au Feu" rather than call up modern signifiers.


It all started in the beginning of 2015, as Lauren was stretching herself thin, going to school, working, and playing shows. "I literally burned out. I ignored a health issue I should have paid attention to," she says. By the time she did see a specialist in the spring, she was told the procedure she needed should have been done two months earlier.

That was when destruction and brooding ambient was becoming heavier in her live performances. She played avant-garde sets at Trans Pecos in Queens with experimental gurus like Sam Hillmer of Zs and Diamond Terrifier and Michael Beharie. These heavier, more cerebral sets aligned with a decline in her well being, a decline she ignored until it became unbearable, to the point where she says she barely remembers working on her album.

"I wasn't cognizant of what was happening. I don't remember working much," Lauren says. "That's what I was feeling. Going into finishing the project I was nervous I wouldn't be able to physically finish anything."

During a recovery period in May of 2015 she handed over a rough of the record to Matthewdavid of Leaving Records. Her conditioned worsened not long after and from July to September vhvl barely walked. "Something went wrong when they tried to fix what was wrong with my spine," she said. "I couldn't stand. My spine was a mess, it still is."

She'd lost 25 pounds from not being able to walk, and could feel the atrophy. Muscle disintegration is a painful process. She refused opiates, even Tylenol. Her digestive system was shutting down. She couldn't swallow flat water. Dehydration led to low brain function. Days and weeks disappeared from her memory.

"It really only takes the human body five days of minimal exertion for muscles to atrophy," she says. "The human body has to be in motion or it will shut down."

She asked to keep the full diagnosis of her condition private, including how it happened. It was left at "I did the wrong thing." She did reveal that pre-existing health issues played a role, but the debilitating spinal issues included a herniated disk and a permanent fracture in the back of her neck. "My spine is partially separated," she says, adding, "my pituitary gland is fucked."

It's not supposed to be this way, given her family tree. On her paternal grandfather will be 100 years old soon. She has an uncle turning 95 who beat stomach cancer at 80. She says he eats steak every day. Lauren is 31, but you would never guess. She looks immune to aging, eats vegetarian and avoids a lot of western medicine. Given her habits and genes, it's not supposed to be this way.

On her better days Lauren fine-tuned the masters of the EP. She played piano for the exercise and the brain stimulus. But, she hasn't been able to write any new electronic music since the hospitalization. She says her body simply cannot handle it.

"I don't know what my process is now," she says. "The physical impairment gets in the way. The ear pressure—and I like my bass."

Her social circle had deteriorated as well. Lauren describes that time as coming to terms with being a dot. When she wasn't bedridden her mobility limited her to a wheelchair. She figured out ways to get groceries on her own. She grew mint on her balcony. She dealt with the pain on her own. She had her family, but little beyond that. Mostly she communicated to the outside world through Instagram. Confessions of her pain captioned photos of her face purposely obscured by afro curls. Stone fruits cut and displayed in symmetrical framing assured followers she was doing better.

There were no friends checking in, only followers offering support and compassion.

"That was really the only connection I had outside of what was going on with my body," she says. "People tend to interact with me on Instagram. I don't know why. People tell me their life stories and really open up. Answering comments were the only contact with the outside world."

But, it did not make her cynical. Her perspective suggests lenity and understanding, both for her peers and others affected by chronic illness.

"I feel like a lot of people who deal with chronic illness, it's just you," Lauren says. "I don't think everybody knows how to respond to someone who might be near death. Our peer group doesn't know how to deal with mortality. You're supposed to live, to do things, have goals and aspirations. When you are faced with something that it is dark, you tend to choose to stand in the light."

"It makes me want to be there more for people if I know somebody is not well. Even though I can't do much because I'm not well."

Being near death has made her stronger. Lauren hasn't been in the hospital since January. I tell her that's seven months and it surprises her. In April she tweeted, "booked for june. wheelchair or not." On June 26, she tweets a photo. The camera captures billowy brown curls that rest on her shoulder blades as she stands in a confident posture and looks out into the silva of a New York City park. The caption reads "eight mnths later. I'm wlkn agn."