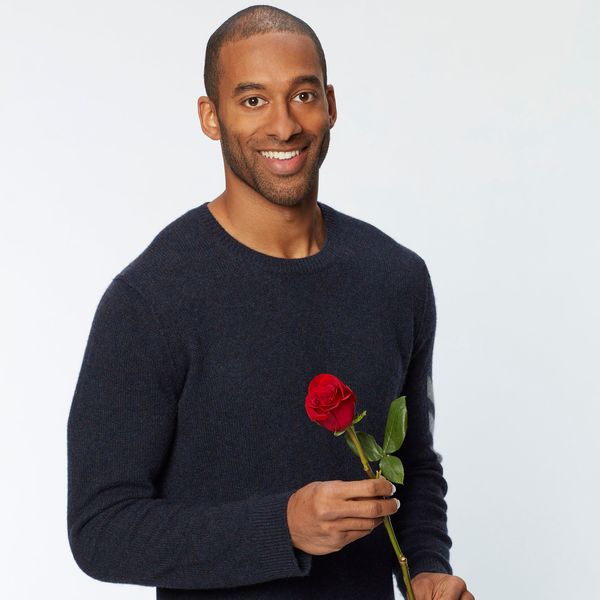 Matt James Is the First-Ever Black 'Bachelor' in 25 Seasons

Matt James is making Bachelor history as the first Black man to be cast as the lead love interest.

The decision to cast James follows days of heaping pressure from Bachelor alumni and fans regarding the lack of diversity in the franchise.

ABC Entertainment President Karey Burke spoke out about the casting, saying "Matt has been on our radar since February, when producers first approached him to join Bachelor Nation, as part of Clare's season. When filming couldn't move forward as planned, we were given the benefit of time to get to know Matt and all agreed he would make a perfect Bachelor."

She also addressed the lack of diversity claim by saying "We know we have a responsibility to make sure the love stories we're seeing onscreen are representative of the world we live in and we are proudly in service to our audience. This is just the beginning and we will continue to take action with regard to diversity issues on this franchise."

James hails from North Carolina and had a short run in the NFL. Now, he lives in New York City with his best friend and business partner, fellow Bachelor Nation member Tyler Cameron. The two run ABC Food Tours, an organization that offers kids from underserved communities an opportunity to explore the city through food, exercise and mental and physical wellness.

Though James is the first Black Bachelor, he is the second Black lead in the franchise, following Rachel Lindsay's season 13 of The Bachelorette. Lindsay, who hosts the franchise's official Bachelor Happy Hour podcast and frequently makes guest appearances on the series, has been vocal about the franchise's systemic racism and threatened to "disassociate" herself unless the network took action.

Lindsay wrote in a blog post "Yes, more diverse contestants do appear on the show now, but is the lead truly interested and open to dating outside of their race? I think that is evident by how far their 'journey' takes them during each season. It is a naive expectation to believe that leads will authentically start an interracial relationship for the first time on national television. The sad reality is that people of color become placeholders as the token person of color to add some flavor to the second half of the season."

Lindsay's requested changes from the network include: casting leads that are truly interested in "dating outside of their race;" to stop making excuses for the lack of diversity and take action to rectify the problem; and to stop creating "problematic storylines for people of color."

Lindsay, other notable Bachelor and Bachelorette alumni — including Onyeka Ehie, Seinne Fleming, Sydney Lotuaco, Marquel Martin, Diggy Moreland and Desiree Siegfried — and thousands of fans also signed "A Campaign For Anti-Racism in the Bachelor Franchise," a Change.org petition calling for a black man to be cast as the next Bachelor lead.