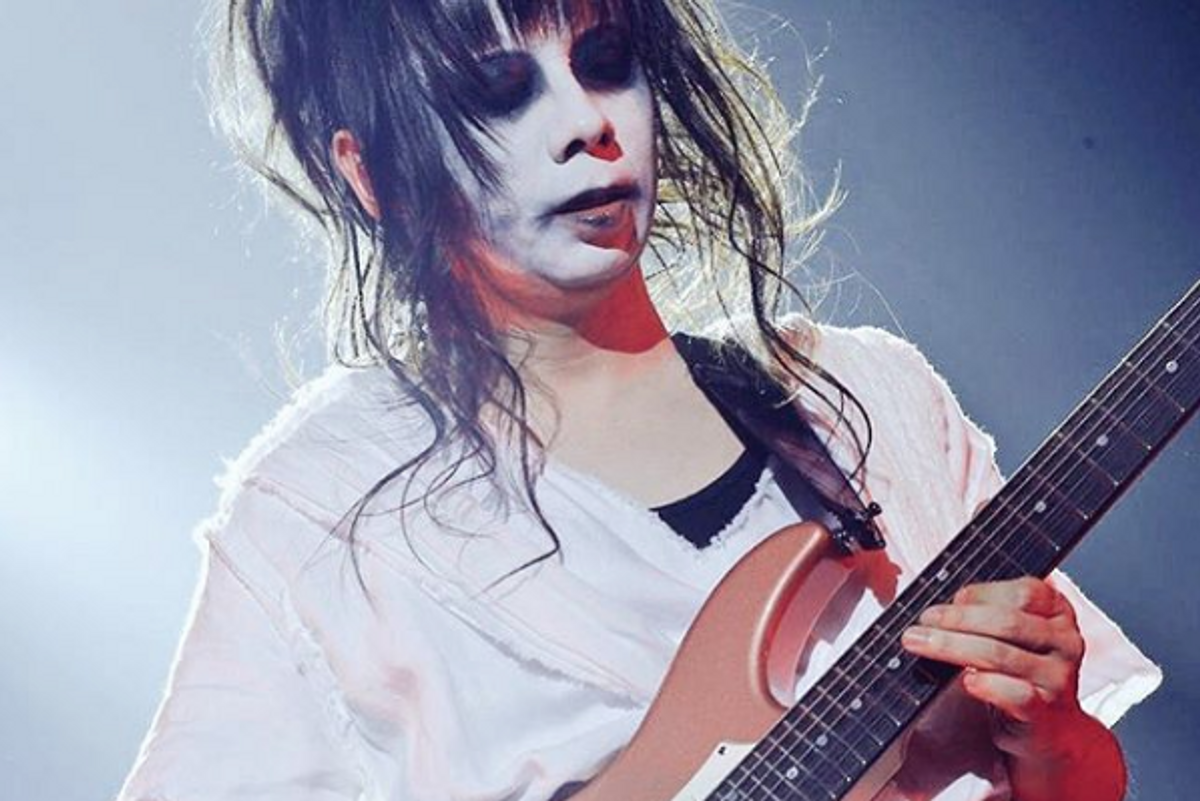 Mikio Fujioka, the celebrated guitarist for Japanese pop-metal group Babymetal's backing Kami Band, passed away last week at the age of 36. According to Fujioka's wife, he fell off of an observation deck while stargazing on December 30 and died on January 5 from sustained injuries.

Fans took to the Japanese artist immediately once he joined Babymetal's Kami Band in 2013, giving him the nickname "Ko-Gami" which means "Small God" in Japanese. Fujioka was also a father of two, a college lecturer, a songwriter, and a guitar textbook author.

"Gimme Chocolate!!" (ギミチョコ!!, Gimi Choko!!) is the third song on their 2014 self-titled album. BABYMETAL found their international audience and brought kawaii metal to the mainstream. There's a lot going on in this song — poppy EDM beats, rapid-fire Japanese lyrics about struggling with your body image but also wanting to eat chocolate — but the thrashing guitars, which Fujioka would champion in live performances, tie it all together.

Their second studio album, Metal Resistance, includes "Karate," another one of their international hits. Heavy, chugging riffs turn into a swift arpeggio — it's an insanely catchy nu metal jam.

Babymetal's diverse fanbase, comprising metalheads and poptimists of all ages, is known as "The One." This song is an explosive ode to them.

"Megitsune" is another classic from Babymetal's self-titled and mainstay on their set lists. It kind of sounds like 'Powerpuff Girls Go Electro Metal,' which would've been an amazing episode actually.