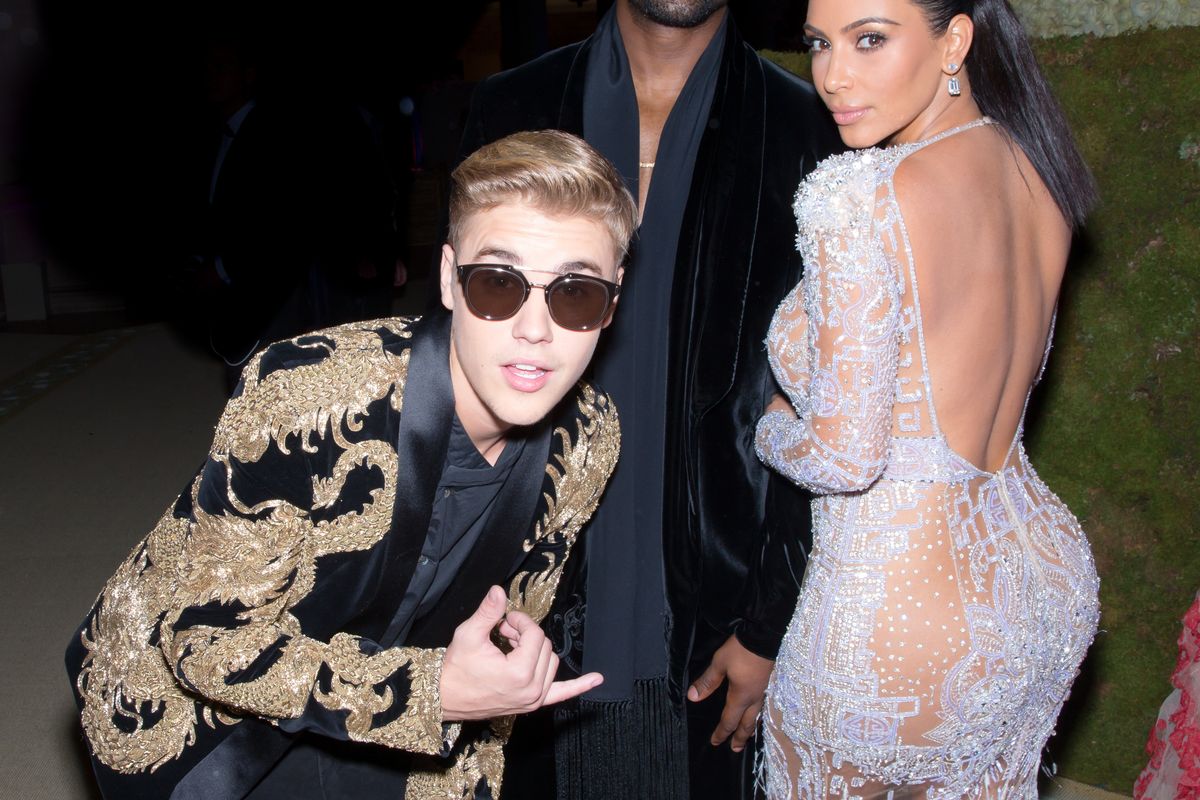 In honor of the release of the newly-reformed Justin Bieber's album, Purpose, we can't help but feel nostalgic for the days of yore, when Justin demonstrated that one can truly go through the terrible twos...in their late teens. And though the singer has completed a well-executed redemption campaign this past year, his former tantrum-throwing "bad boy" phase still needs to be honored with a top 10 listicle of his brattiest moments.

Ah, the infamous TMZ video that shot around the world. After a (presumably) drunken night out on the town, Biebs and his posse were apparently exiting the club through a connected restaurant kitchen when he stopped to take a pee break -- in a mop bucket. All while expressing his overt anger with former President Bill Clinton...probably due to his dislike of longterm economic expansion or something like that. Fuck the man.

Last year in Miami, Justin was arrested for a DUI and drag-racing -- and looked so damn pleased about it that his mugshot became a social media sensation overnight. I mean, look at those teeth. Good thing he's white and famous, so that he can go ahead and relish the "bad boy" image he was trying to curate back in early 2014. But hey, racial politics aside, at least the infamous shot got some nice stage time at the Bey and Jay show?

At one point, Bieber had a pet Capuchin monkey named Mally, who he brought with him on tour in Germany. Unfortunately, lil Mal was quarantined by the German government thanks to her dad's lack of bookkeeping re: her vaccination records, which he promised to return with very soon... except he never did. Last we've heard, Mally is having a wonderful life with her new mom in Munich (and maybe making a surprise cameo at the Bieber roast...unless it was a body-double) .

Remember when Justin paid $80K in "damages" after egging his sworn enemy/neighbor's house? Like that whole incident that sent him to anger management classes, community service and the beginnings of his holy reformation? If not, luckily for you there's yet another video of Bratty B screaming "fuck you" -- not to mention a lil good-humored spoof courtesy of his Comedy Central roast from earlier this year. Insert shitty "egg-ravated assault" pun here.

During a touristy "chill day" in Amsterdam, Bieber made a stop at teen Holocaust writer Anne Frank's home. Which was all well and good until he signed the museum's guestbook with the mind-bogglingly narcissistic "Hopefully [Anne Frank] would have been a Belieber" -- which is just, um, I don't know, beyond comprehension. Like I'm sure music transcends time and all, but show some respect, dude. Not everything's about you.

Justin's legal deposition last March in Miami for a battery lawsuit filed by paparazzo, Jeffrey Binion, was leaked to the web, displaying the star's woeful disregard of the American justice system.

With the camera focused on Mr. Bieber, who intentionally donned a Michael Jackson-y jacket, the then 20-year-old swayed around in his rotating chair; the only direct eye contact Justin made during the 52 minute deposition was either mockingly raising his eyebrows at the prosecutor addressing his multiple offenses, or into the camera to fix his collar.

DA: "Remember earlier today, when I asked you—

DA: "Why don't you listen to what I have to say first?"

BIEBER: "I don't have to listen to anything you have to say."

After being asked about his relationship with Selena Gomez

DA: "Was there anything funny about my question?"

BIEBER: "I don't know, Katie Couric. You tell me."

DA: "Was the singer Usher instrumental in starting your career?"

BIEBER (after pausing to think): "I was found on YouTube. I think I was detrimental to my own career."

Justin made a splash in Cannes, France last weekend, after a video surfaced of him at an outdoor restaurant with a confidante, suddenly standing up from their table and aggressively knocking over his chair before storming out. A nervous employee quickly went to pick the seat back up.

While the media went expectedly nuts over the bratty move -- many outlets assuming Justin's frustration over the gawking crowds of people filming him eat -- the singer quickly took to Twitter for damage control, claiming he was upset over "bad news" and promptly began retweeting messages of support from his unfathomably loyal fanbase, using the incident to again establish an "us against the world" mentality with him and his Beliebers, and market Purpose.

Not once did the "reformed" vocalist ever apologize for the literal act.

The Black Keys VS The Nation of Justin Bieber

In February 2013, Patrick Carney -- the drummer for The Black Keys -- placed himself in the bloodlusting warpath of Bieber's fanbase, after being asked outside the Chateau Marmont by a TMZ crew about Bieber's snub at the 2013 Grammys.

As Carney's wife pleaded with him to walk away, the musician (logically) stated that "Grammys are for music, not money, and he's making a lot of money. He should be happy."

The next day, Bieber idiotically tweeted this:

Not surprisingly, Carney became Belieber Enemy #1, and threats against his life, and the life of his family, began as quickly as Bieber's thumb lifted off the "SEND" button.

A year after the social media assault, Carney told Rolling Stone: "Justin Bieber, like a fucking irresponsible asshole, sicced 40 million Twitter followers on me because I paid him a compliment he didn't understand. I'm saying that he should be grateful that he has a fucking career in music. And he shouldn't be fucking telling his followers to slap me, and then also be doing anti-bullying bullshit. It's so irresponsible."

Last February, pilots of the private plane Justin and his father, Jeremy, chartered to Canada from New Jersey, complained that the dad/son duo were smoking so much weed during the flight that they actually had to wear oxygen masks so they wouldn't get second-hand stoned. When the pilots and flight attendant begged the Bieber brigade to stop, they were verbally abused.Bieber was almost denied re-entry into the US after the feds searched the plane for drug paraphernalia.

The Great Wall of China


On a trip to China during the fall of 2013, photos surfaced of the singer climbing the Great Wall. When I say climbing, I mean he was carried on the shoulders of his minions.