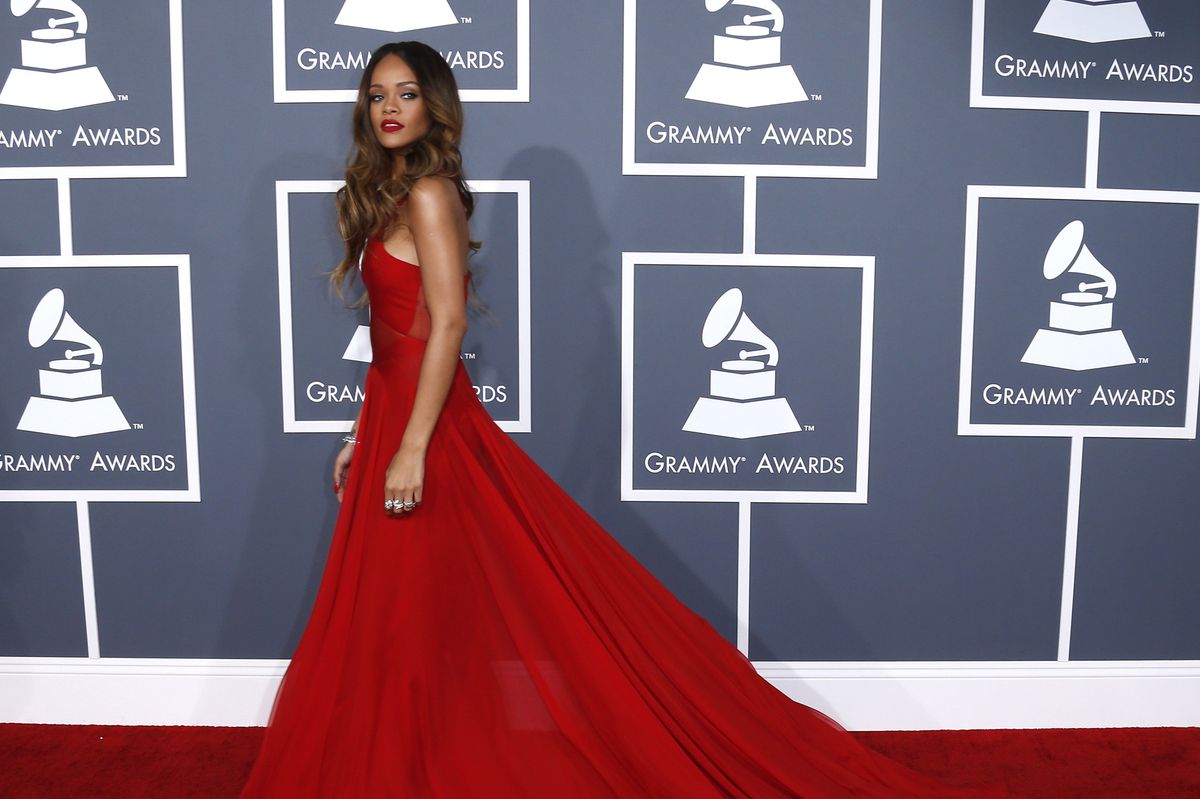 The French Haute Couture Federation announced Saturday that beloved designer Azzedine Alaïa has died at age 77, reportedly from heart failure. The fashion community has been sending out tributes to the late iconic designer, known for his structured and body-con couture designs that broke the mold of over-the-top 80s silhouettes and whose influence can be seen throughout fashion today.

Born in Tunisia, Alaïa was also known for refusing to bow to pressure to keep up with ever-increasing industry timelines, preferring instead to work at his own pace.

Alaïa's evening dresses, form-fitting knits and tailored leathers were his trademarks, leading the fashion world to dub him the "The King Cling" because his clothes fit so snugly. In the body-con world we live in today, Alaïa's importance as an innovator is all the more clear.

Many of the designer's friends and muses -- including Lady Gaga, Rihanna and Victoria Beckham -- paid tribute to him today on social media, along with an outpouring of sentiments, memories and thoughts on his impact from the fashion community at large. Alaïa also counted Tina Turner, Madonna, Michelle Obama and Grace Jones among his patrons, according to WWD.

Hearing of the passing of Azzedine Alaia. A designer who embraced women of color as models and muses when others didn't. May he rest in power and peace. pic.twitter.com/TzdiJUfBLo
— Ava DuVernay (@ava) November 18, 2017

Azzedine Alaia, uncompromising master of the fashion form, has died in Paris. He defined what it meant to be a designer.
— Vanessa Friedman (@VVFriedman) November 18, 2017

Azzedine Alaia was such a little bundle of joy, may his soul truly rest in peace. <3 pic.twitter.com/QPqQ7a3vLP
— 𝔫𝔦𝔠𝔬 (@NicoKartel) November 19, 2017

I am so sad. SO sad. My dearest darling #azzedinealaia . From the first moment I met him aged 17 he was the gentlest and greatest friend. Kind and honest. A true master . I miss him. I can't believe it. X RIP
— Daphne Guinness (@TheRealDaphne) November 18, 2017

Azzedine Alaïa left us... One of the few whose work was art.

“You don't understand: this is an Alaia!"

This moment in pop culture and fashion history brought to you by “Clueless" and the late, great #AzzedineAlaia pic.twitter.com/EPva2OM54F
— Lauren La Rose (@lauren_larose) November 18, 2017

RIP Azzedine Alaïa, one of the most iconic couturiers of our era, a rebel designer who worked against the system and its trends. pic.twitter.com/CLfH7ZrRJN
— • (@opfavestyles) November 18, 2017

RIP Azzedine Alaïa 🙏🏾 one of the most influential couture designers of our time pic.twitter.com/kdhjOtnool
— 'Red' (@Red__Mos) November 18, 2017

Rest in peace to the master Azzedine Alaïa. Fashion is indebted to his legacy. pic.twitter.com/ibTDkUZqnt
— Janelle Okwodu (@okjanelle) November 18, 2017