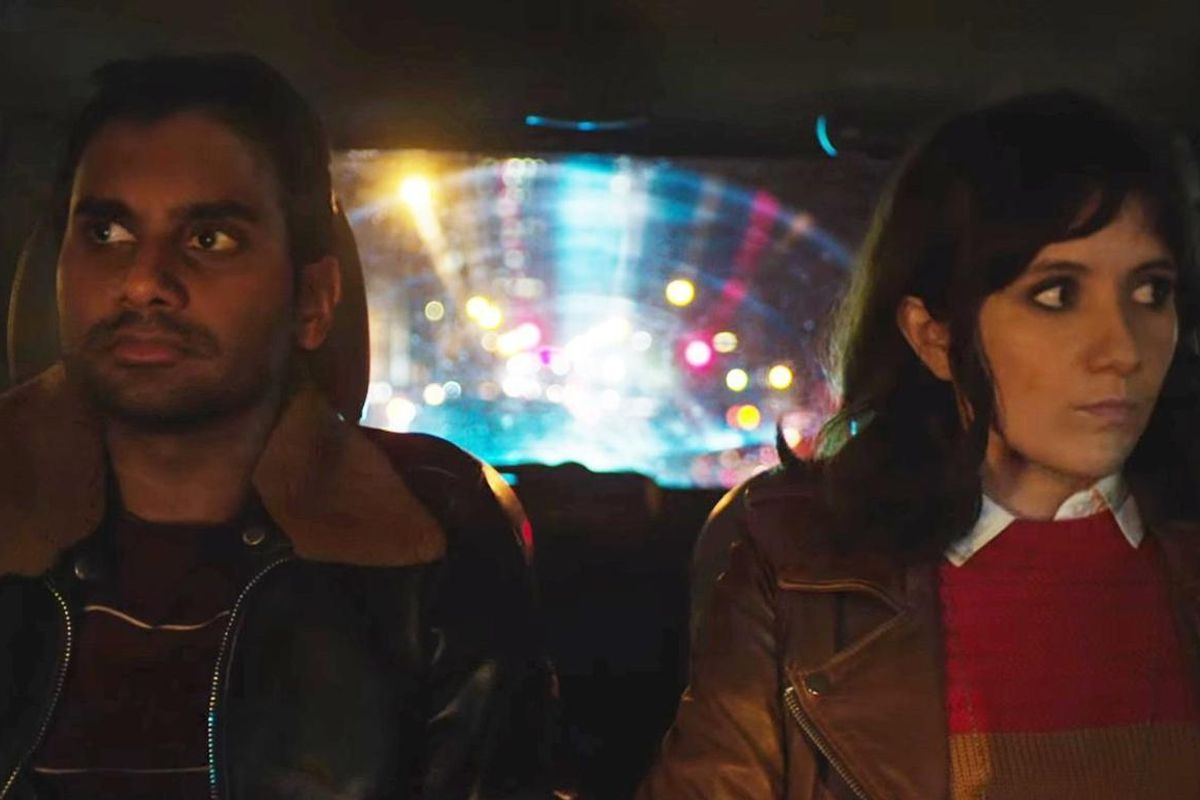 Where Are The Asian-American Women In Aziz Ansari's "Master Of None"?

Intersectional feminism falls to the wayside yet again, but this time it's a little more disappointing as applied to Aziz Ansari's brand new Netflix original series Master of None.

After all, for a show that's billed itself as one that tackles Asian-American visibility and feminism in media, there's a marked absence of South and East Asian-American women in the cast. And while it's laudable that the show portrays interracial dating via SNL's Noël Wells, who plays Ansari's white love interest (note: Wells is actually of partial Tunisian/Mexican heritage, though the fact that she is portrayed as "white-passing" has become a separate issue in and of itself) and includes a black lesbian character-- for a series that has an entire episode dedicated to tackling Indian stereotypes in American media, it seems like a missed opportunity not to have cast more non-white (and specifically Asian-American) women as core characters.

And while Ansari has tweeted that there were "no ethnic requirements" for casting in response to similar criticism, it's just unfortunate, as the show had a chance to not only portray more Asian-American women in pop culture but to also portray them as well-rounded, fully-realized people. Or at least in a way that's in stark contrast to how they're often seen as stereotypical tiger moms ( Gilmore Girls' Mrs. Kim, Fresh Off The Boat's Mrs. Huang), quiet nerds (ER's Neela Rasgotra) or sexual fetishes (Memoirs of a Geisha, anyone?).

Granted, I commend Ansari for making enormous strides in terms of portraying the first-generation American experience and for giving us one of the most heartening examples of what it's like to have immigrant parents in a country that often treats us as perpetual foreigners; but in trying so hard to embrace a diverse cast that awesomely includes a black lesbian and an Asian-American male heartthrob, their only representation of Asian-American women was a two-minute cameo by a bad date named Caroline.

This isn't a takedown at all. In fact, I'm going on the record to say that this show is incredible and has done more in 10 Netflix episodes for Asian-American media visibility than Fresh Off The Boat has done in two network seasons with all its borderline psychotic tiger mom antics. I'm thrilled to see non-"tiger" Asian parents supporting their liberal arts-attending, Father John Misty-listening kids in their acting careers -- and above all just doing exactly what most parents (regardless of ethnicity) do. (You know, love their kids even when they don't fit the narrow definition of success we are told is "the American Dream.") But despite all it has going for it, having Aziz's love interests all be white women -- with the exception of the aforementioned Caroline -- seems to send a message (intentional or not) that for men of all races, the pinnacle of sexual attraction comes in the form of white women.

No, you can't make everyone happy -- and as Ansari said it was hard enough casting an Asian male actor in the limited pool that is Hollywood -- but it would've been nice to get more than a cursory acknowledgement that Asian American women do exist alongside our brothers. Let's hope the next few episodes do just that.