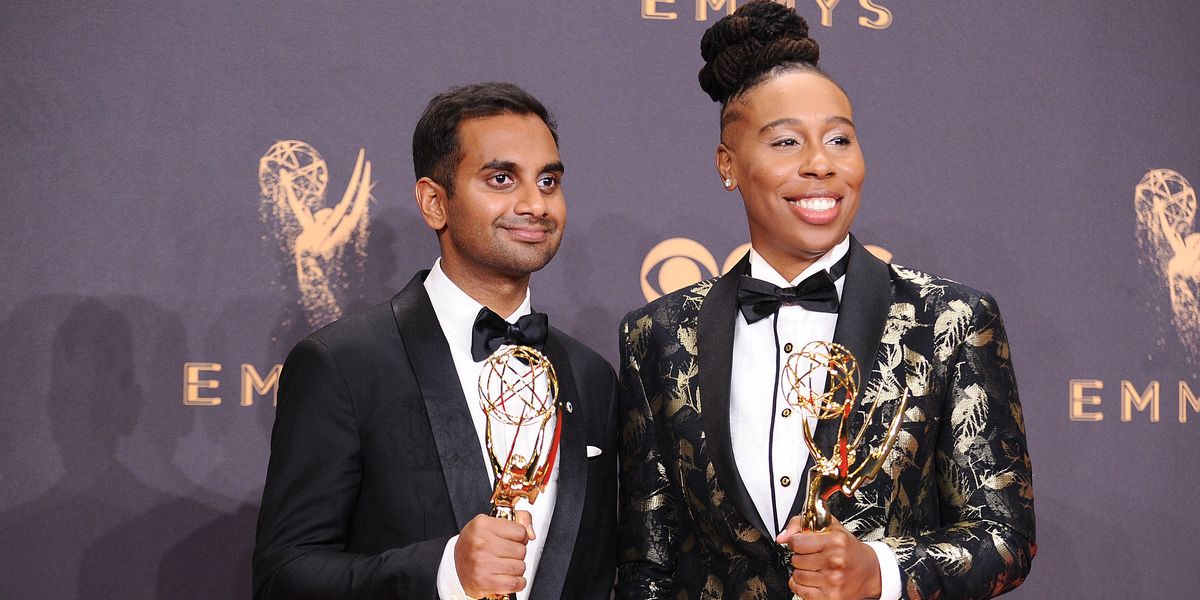 At last night's Emmy awards, Aziz Ansari and Lena Waithe took home the win for Outstanding Writing for a Comedy Series for Master of None's amazing Thanksgiving episode in season two. This made Waithe the first black woman to win for that category (she was also the first black woman to even be nominated in the category, showing a positive yet painfully overdue shift toward inclusion).

The episode tells the semi-autobiographical story of Lena's journey of coming out to her family as queer. Over the span of a decade, Lena's character and her mother (played by Angela Basset, who has still never aged) come to grips with their relationship and what it means to be a gay black woman.

The objectively best moment of the awards ceremony last night was when Waithe took the stage and gave an inspiring speech, shouting out the LGBTQIA community, which she called her. "I see each and every one of you," she said. "The things that make us different, they are our superpowers. Every day when you walk out the door, put on your imaginary cape and go out there and conquer the world. Because the world would not be as beautiful as it is without us in it."

She concluded, "Thank you for embracing a little Indian boy from South Carolina and a queer black girl from the south side of Chicago."