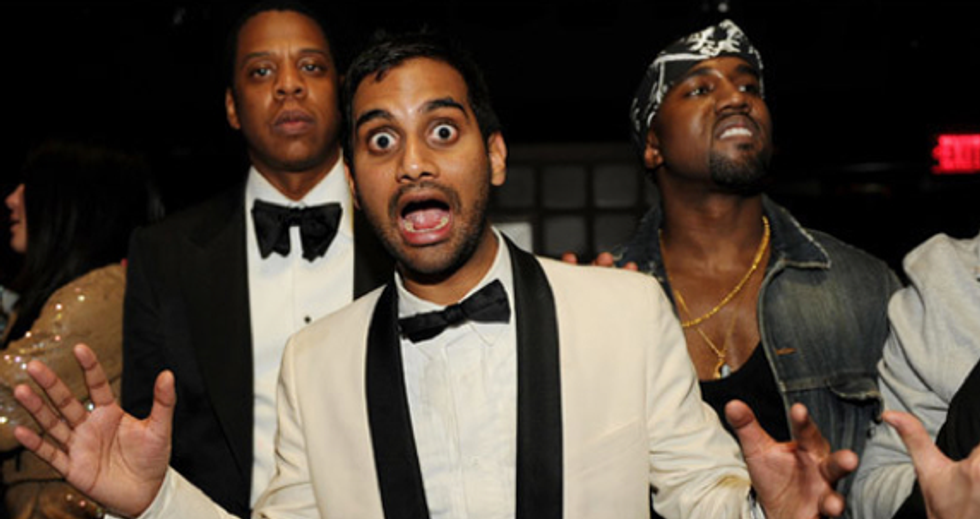 by Evan Siegel
PAPERMAG
[Image via MTV]
Aziz Ansari is teaming up with Bob's Burgers' H. Jon Benjamin, Tim & Eric's Eric Wareheim, and Dear White People producer Lena Waithe, among others, to create a new sitcom for Netflix. Details are annoyingly scarce -- the only scraps we've gotten are via Deadline about the show having "semi-autobiographical elements" and plotlines that deal with "dating and relationships." We also hear they're filming the show in New York and that the 10-episode first season will also be produced by Parks & Rec vets Michael Schur, Alan Yang, and David Miner.

While we await more details, we have a few predictions: