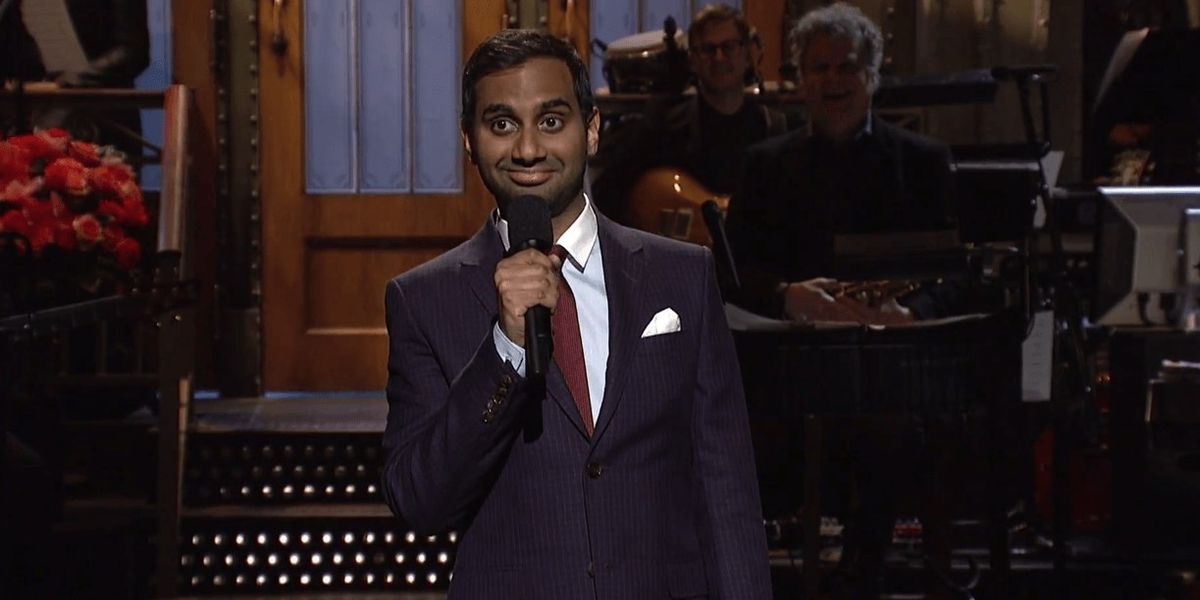 UPDATE 01/23/17, 2 p.m.: In his opening monologue for his SNL hosting gig this weekend, Aziz Ansari said that Donald Trump is "basically the Chris Brown of politics," and that Trump supporters are similar to Brown's fans who "don't care [about] his 'extracurriculars.'" Brown has since responded with a racist Instagram reposting of the spot that reads, "FUCK NO!!!!!! Somebody tell ALADDIN HOP OFF MY DICK! 😂." See it below.

Aziz Ansari pulled no punches in his first hosting gig for SNL. It took him about two seconds to launch into nine minutes of dragging Trump and his supporters.

"Crazy couple of days, man," he continued. "Yesterday, Trump was inaugurated. Today an entire gender protested against him. Wow."

Ansari went out to call out the racists who have gained steam during Trump's campaign, calling them "lowercase KKK" and saying they support a "casual white supremacy." They're the same people, he said, who are calling for minorities to "go back to Africa" or "go back to where you came from."

Ansari ended his monologue on a hopeful note.

"I know there are a lot of people that are worried now. This is a weird time. If you're excited about Trump, great. He's president. Let's hope he does a great job," he said. "If you're scared about Trump and you're very worried, you're going to be OK, too. Because if you look at our history, change doesn't come from presidents. Change comes from large groups of angry people. And if day one is any indication, you are part of the largest group of angry people I have ever seen."

Watch the full monologue below.