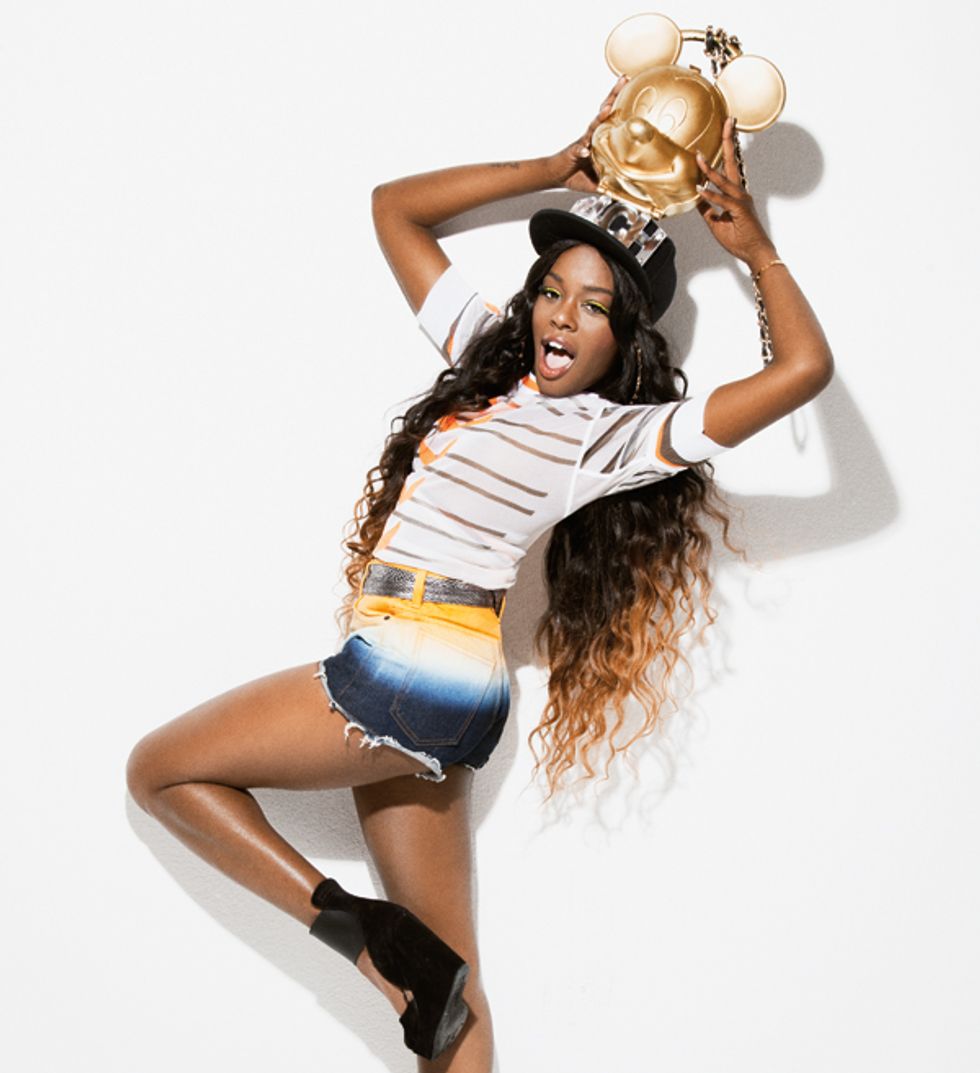 Azealia Banks Weighs In On VMA Beef Between "Basics," Flip-Flops On Nicki

by Sandra Song
PAPERMAG
photo by Emily Shur
Earlier today, Azealia Banks began tweeting about Sunday night's star-studded VMAs drama, putting everyone on blast for being quote-unquote "basics."
Shading everyone from Nicki Minaj to Taylor Swift to Miley Cyrus in a string of tweets, she called the VMAs a "contest of basics" filled by fights between artists who "make basic ass music" and "rip all [their] styles off the downtown NYC girls." All while making references to the gay-coined term "ki," which means a gossipy chit-chat between close friends -- perhaps referring to the collusion she believes these "basics" have.