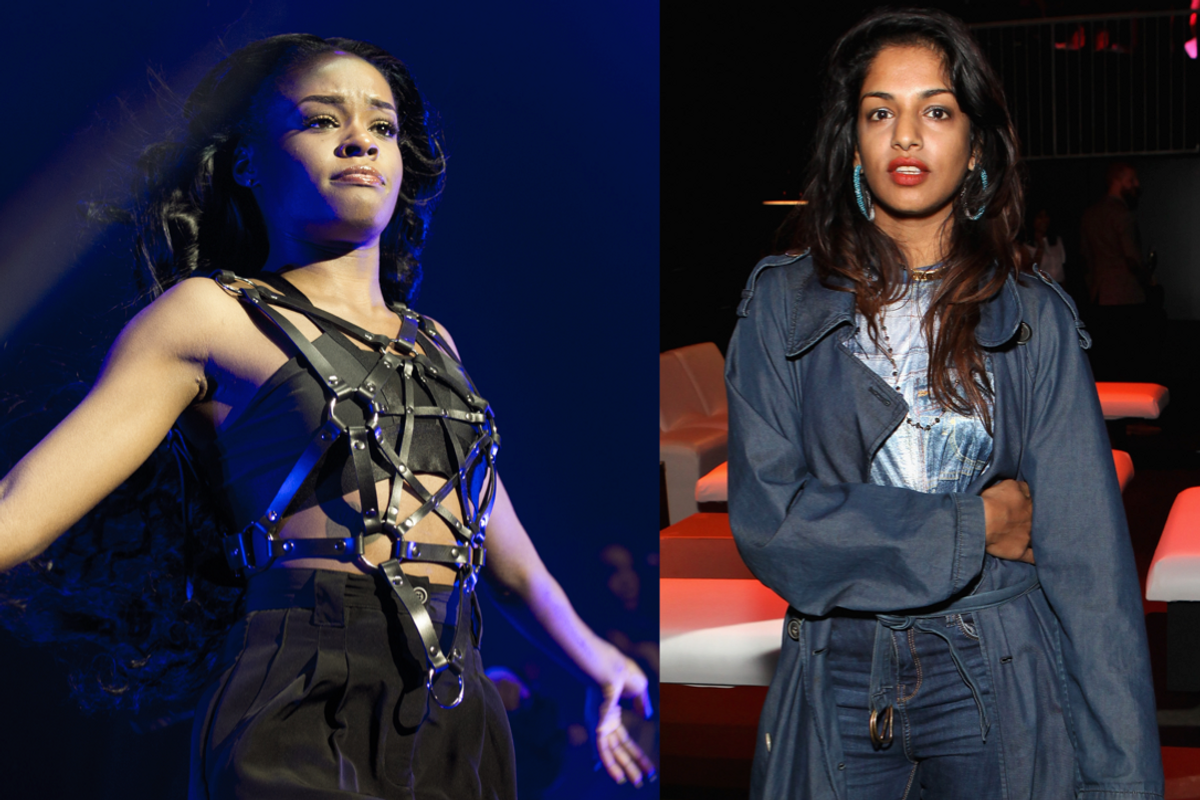 Just when you thought Azealia Banks had simmered down and smoothed off her rougher edges (she's here for former sworn-enemy Iggy Azalea now!), the acerbic rapper is back and turning her attention to yet another female rapper: M.I.A.

Taking to Twitter to express her frustration, Banks said M.I.A is problematic for operating within hip hop, a genre pioneered entirely by and integral to black culture, while clearly being "anti-black."

"Mia be lowkey trying to take credit for black culture and the shit is annoying. She's like clearly quite anti-black," Banks wrote. "I don't get her points a lot of the time it's like she came up in hip-hop then wants to be like what about my people but tries to discredit. It's always like why do you care about blacks and not Indians when blacks took this from my culture. She stay trying to compare struggles. When it's like honey… just spit your rhyme."

British-Sri Lankan M.I.A has been a passionate advocate for refugees, making controversial comments about her perceived exclusion of other marginalized groups from the Black Lives Matter movement last year. She was later dropped from Afropunk London.

"It's interesting that in America the problem you're allowed to talk about is Black Lives Matter," she told the London's Evening Standard magazine. "It's not a new thing to me — it's what Lauryn Hill was saying in the 1990s, or Public Enemy in the 1980s."

Just days ago the 40 year-old singer clarified she does not want to be known as an artist discovered by ex-boyfriend Diplo.

"...it's important you don't see me as a Iil thing diplo discovered because I'm a brown woman," she wrote on Instagram, "and this is the first story of a brown female musician who smashed it for the first time . That didn't happen because I accidentally walked passed diplo.

This likely came as a surprise to her fans, considering both artists have taken very different musical paths and it would be unusual to still associate M.I.A with Diplo.

All is well in love and hip hop, am I right?