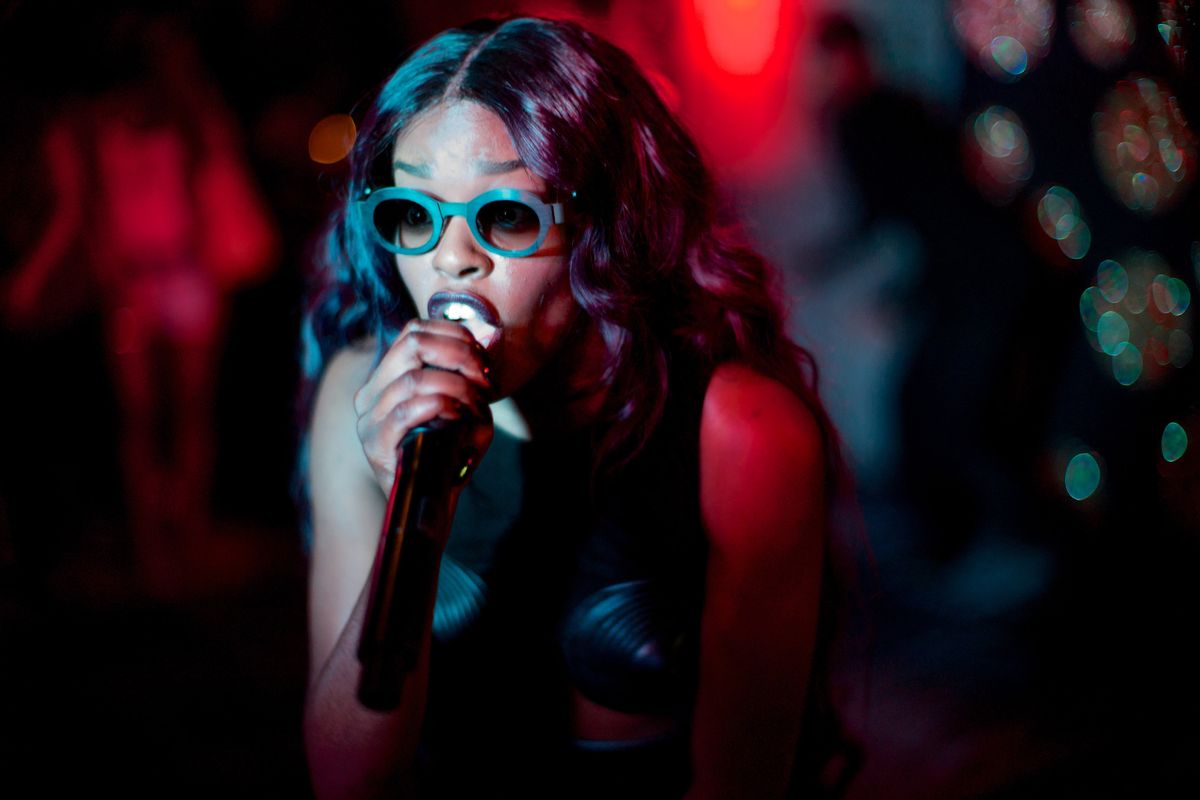 Azealia Banks Is an Amazing Singer, Any Questions?

Not even a full day ago, the one and only Azealia Banks served up some raw Whitney Houston vocals while quoth "waiting for thine homegirl." Drink the tea, it's good for you:

And not even a full week before that, she served up some fresh-as-hell house-diva vocals in her new single "Anna Wintour," just because she could. And we are currently so bald from our scalping that we'll need to quickly cop our very own Anna-style bob at the nearest wig shop.

This is all to say that Azealia Banks can not only sing, but homegirl can sang, and here are some moments in which she deserved way more than her due, throughout her catalogue.

The sultry crooner found all over "Chasing Time," from 2014's Broke With Expensive Taste:

The jazzy chanteuse in "The Big Big Beat," from 2016's SLAY-Z. (Is anyone hearing how she's slaying those hooks? The runs and the trills and the smoothness with which it's all delivered? How can you not love this?)

There's this really lovely holiday moment, too, in case you forgot.

I mean, who could ever overlook this, in the lead up to Broke With Expensive Taste. Hey, hi, hello, yo, what's up!

This is just the beginning. A Google search for "Azealia Banks singing" also turns up results for Azealia singing Mariah! Azealia "Red Flame," that Lady Gaga demo situation from her ARTPOP era! And much, more more!

To be extra crystal clear, vocal and stylistic versatility in the rap genre is nothing new (i.e. see the new album by Cardi B, for example — plus everyone from Lil' Kim to 50 Cent has tried their hand at singing, often to an effect that renders their lyrics and flows more powerful).

What feels important to note is how people often forget that rapping also involves using the instrument of one's voice. So, if you don't want to hear somebody rap, why would you want to hear somebody sing? Good thing Azealia's got vocal talent in both areas in spades. This all reminds me of the time she once said that people should pretty much start calling her a singer, anyway. Thank you for reminding us, Ms. Banks.

Please feed us the full Fantasea II soon, and sang all over it?