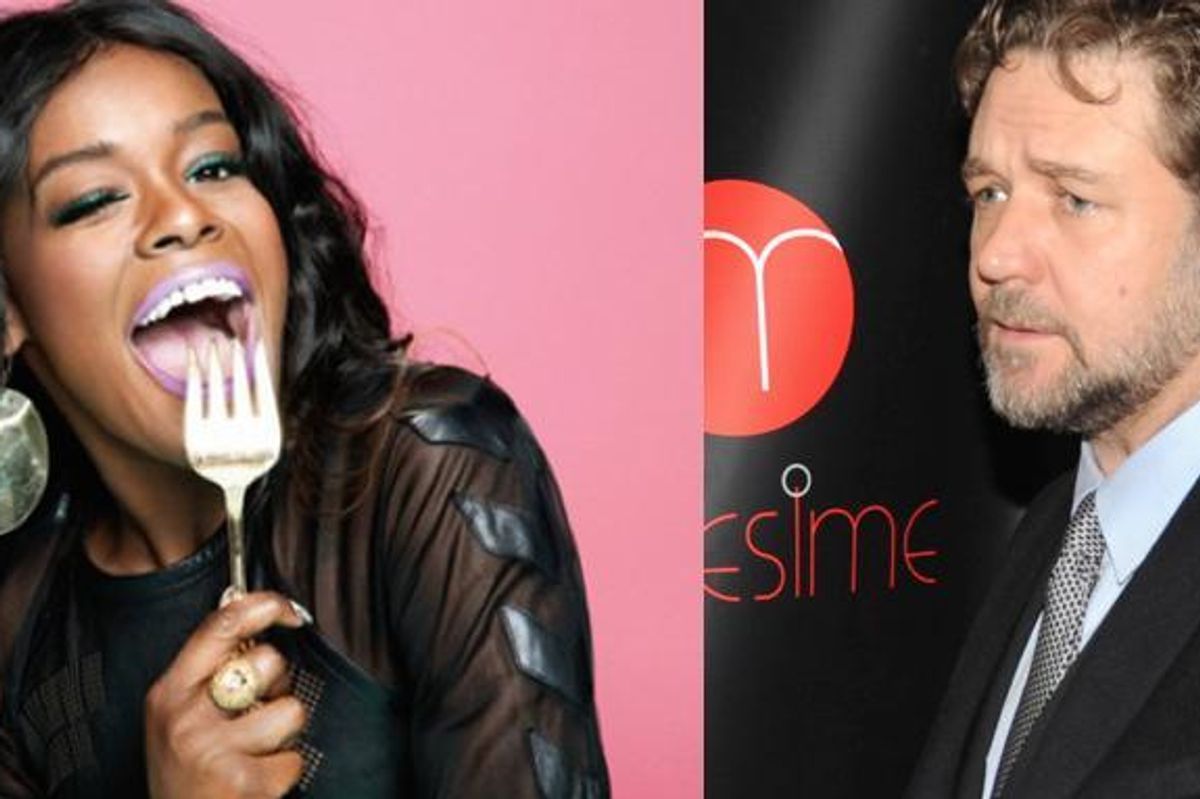 UPDATE: TMZ is now saying Azealia Banks has filed a battery report with the Beverly Hills police, after maintaining her claim that Russell Crowe physically assaulted her over the weekend. Banks had originally gone to the police to demand an apology from Crowe, whom she said spit on her, called her the n-word, then forcefully removed her form his hotel suite.

Crowe, and the other witnesses in the incident, say Banks was the aggressor, threatening violence, and instigating Crowe.

In perhaps the most ??????? news item of 2016, TMZ is reporting that Azealia Banks, who just recently took a vow of reformation, threatened Oscar-winning actor/Twitter prophet Russell Crowe at a hotel party over the weekend.

Sources are saying Crowe, who was staying at a Beverly Hills hotel, invited several guests to his suite for a dinner party, including RZA, who recently signed Banks to his label. Witnesses say Ms. Banks, who came with RZA, began teasing Crowe over his music selection/taste, and apparently called him and another guest "boring white men."

After one of Crowe's guests asked Azealia to back off, the perpetually embattled rapper allegedly stated:

You would love it if I broke my glass, stabbed you guys in the throat, and blood would squirt everywhere like some real Tarantino shit.

Banks then reportedly "cocked back" her glass, preparing to throw it, and Crowe then grabbed her in a "bear hug" and carried her out of his suite, then asking hotel security to remove her from the premises.

The MC spun a different tale, claiming the Australian actor/former Meg Ryan beau called her the n-word, choked her, and spit on her, which RZA refutes.