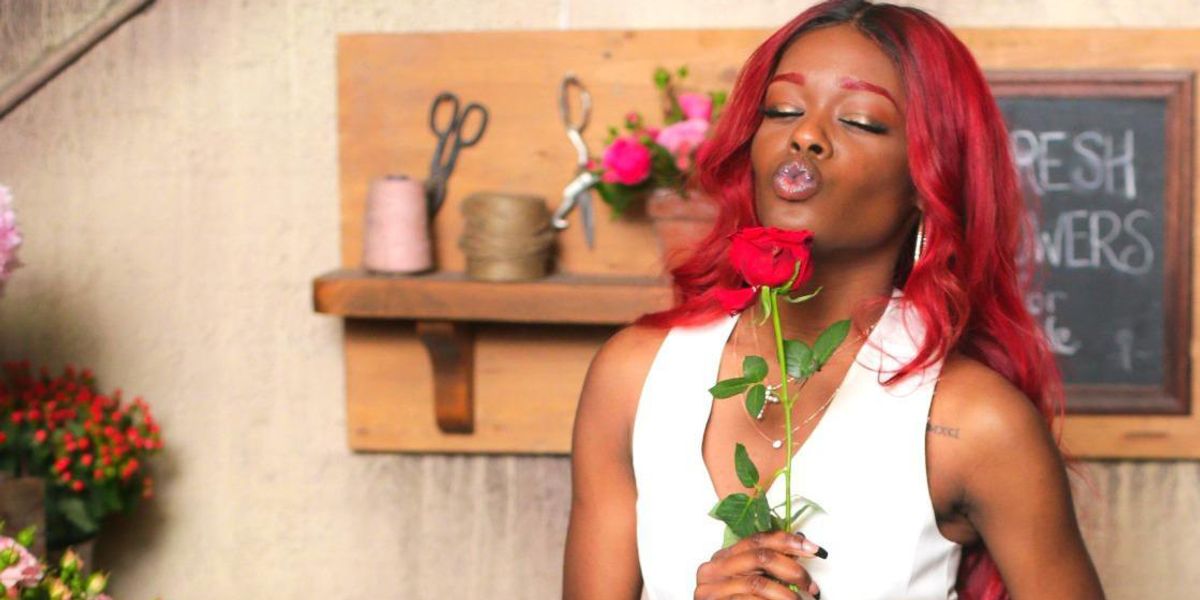 In a new interview with XXL, Azealia Banks opened up about her well-documented but mostly misunderstood experiences as a young, black female artist in the music industry. The interview delves right into Banks' thoughts on pretty much everything, but especially her thoughts on the media ("it's everyone's biggest problem"), the many controversies she's both started and been pulled into over the years, and what sounds like a major disconnect between her own artistic vision and the vision more powerful people had for her instead.

On how black men and women are treated differently in the music industry:

"I'm definitely shut out from where I was, 100 percent. People are very scared to be associated with me because of, you know, the controversy, I guess the skin bleaching or the "sand nigger" or the "faggot" thing. I'm not sad about it, I'm not disappointed at the situation. I'm disappointed with myself for sure. I'm a little disappointed in them, but not really.

I guess the source of my disappointment comes from just watching lots of other men in hip-hop, just like male rappers, have their career setbacks and go through things. Or even when a Black male rapper misspeaks something… just seeing Black men go through the motions, seeing the Black mass just kind of seemingly accepting it as just an attribute of their artistry. So they'll be like, "Kanye West is saying all that because he's crazy" or "Okay, yeah, R. Kelly raped a girl but damn, he makes some good music." I don't feel like I ever got that kind of empathy. I never got those kinds of privileges, I never got those kinds of allowances, especially coming in the rap game without any real rap friends. I basically came in the building by myself. There was nobody to validate me, there was nobody to vouch for me or whatever, and I got mishandled a lot.

It made me really bitter for a very long time, very, very, very bitter, so bitter to the point that I would just kind of say things that I didn't mean, like, "I hate Black men" and shit like that. I would just say things like that because I would just feel so misunderstood. It was all purposeful, like when T.I. was threatening me with physical violence or when Jim Jones was threatening me with physical violence. Come on, hip-hop should have said something about it, and nobody said anything about it.

Even now, you guys have this guy XXXTentacion on the [XXL] Freshman cover, but he's tweeted about how he thinks Black women are roaches and that we should die and how dark people are roaches and we should die and shit like that. It's discouraging, and I'm not afraid to cry about it or afraid to admit that it hurts me now, rather than just going about things the wrong way and trying to fight fire with fire."

On her love of Eminem:

I love Eminem. Eminem gets it. When he doesn't have anything to say, he doesn't say anything at all. He doesn't cloud the hip-hop music hemisphere, he doesn't use his socioeconomic methods to cloud this sphere with himself just because he wants to kill whatever up next, popping thing is happening. You see Kanye do it all the time. He uses his socioeconomic leverage to latch on to some other young act when it's like… you know, it doesn't help culture go, because what you have is these same 10 faces at the front of every cultural movement. It's not healthy."

On discovering Cardi B:

"I really, really like Cardi B. I followed Cardi B on Instagram before she started rapping and I was like, Oh my God, this girl just reminds me of all the girls I went to middle school with, all the girls I grew up on the block with, all the Dominican babysitters. I grew up with girls just like Cardi B. So I always thought she was funny, and when she started rapping, I was like… what is she doing? Then I heard "Foreva" and I was like, Okay, this is really fucking good, she's not playing. Then I heard a couple other songs and I was like, Oh shit, Cardi's not playing! And now I'm a fan of Cardi B's music and her personality.

I like Remy Ma too, I like when her whole brand isn't anti-Nicki. I think she gets a little carried away with that. I don't know, maybe I like Cardi and Remy just because they sound like home. Like I know that girl, that uptown, Manhattan, Bronx girl. I think that's why I like them the most."

On her frustration with the media:

"...clearly, everything is owned by White people—I'm tired of talking about White people. These media conglomerates have this socioeconomic leverage, and they can orchestrate any industry, and any story or any happening the way they want to. The music industry isn't the only one that's subjected to it. Hollywood is subjected to it, tech world, everybody. It's just the media in general. I feel like it's everyone's biggest problem.

Even for people who are succeeding at playing the media game. They're always crying about how they feel stifled and all that other shit. I think in the coming years, [the media] is gonna prove to be very detrimental to society's social and psychological health.

I think the media does a lot to chastise people into… or just micro-manage people's aggressions and chastise people into forming opinions. Especially in America, where the media is such a big part of our culture. Because we really drag ourselves down into Prozac nation on fucking steroids. But nobody cares, I'm just the Black bitch from fucking Harlem [laughs]. I'm just a Black bitch from Harlem who only puts out one song a year. I'm joking."

On her controversial skin-bleaching soap:

"Well, I actually do have one skin lightening soap. It's called Miss Amor, but that's not the whole point of the Miss Amor movie, it's a completely different thing. Skin lightening products can be used however you want to use them, you know? If you decide you want to take this skin-lightening bar and rub it all over your whole body then fine. Most people… it's a treatment for things that are related to the detention of dead skin cells."

On why sex doesn't always sell:

"No… look at Young M.A. Look at DeJ Loaf. DeJ Loaf came out with a fitted and a gun, are you kidding? And we loved her. Da Brat came out with baggy shit all over. Queen Latifah came out with a fucking high-top and African garb and we loved it. It's about the spirit of the person, it's not about what they're wearing. If you don't have it, no matter what you put on, it's not gonna fucking matter. No one's gonna fucking care, to be honest. People nowadays aren't that stupid. They're not stupid anymore, they're very aware."

You can read the full interview with XXL here.