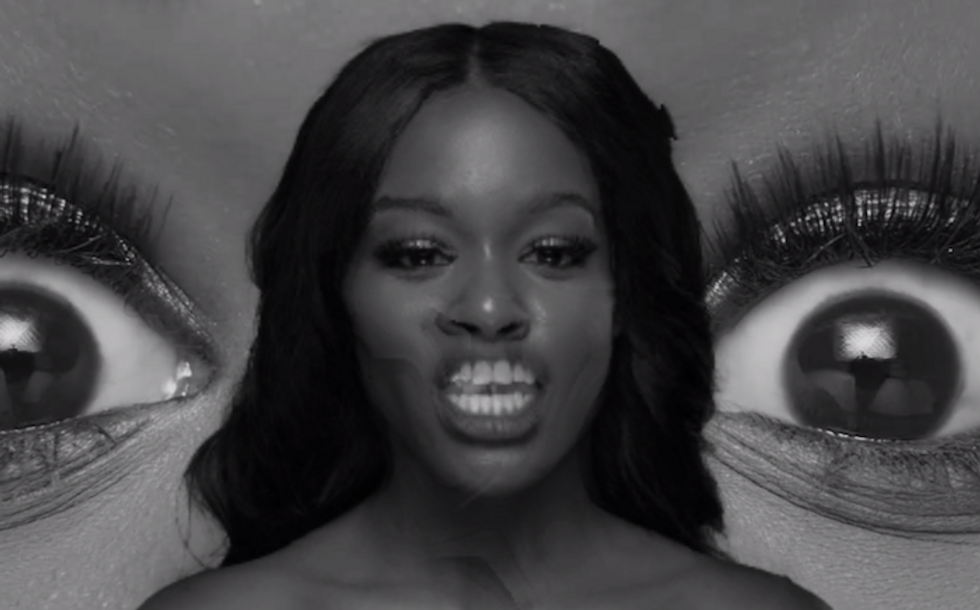 by Evan Siegel
PAPERMAG
Azealia Banks just released a new music video for her song "Wallace" off her recent album, Broke With Expensive Taste, and it's insane. Staring you down in the middle of the screen is Banks, with close-up shots in the background, and a trippy wave-effect overlay. The interactive part comes into play when you, the viewer, start moving your face -- the video begins to descend into an amazingly glitchy bit of net art. Her lyrics form a waterfall dropping from the top of the frame, and suddenly your face appears in the background, right in the middle of things.

Now you can brag to all your friends that you starred in an Azealia Banks music video: check it out with Google Chrome here.