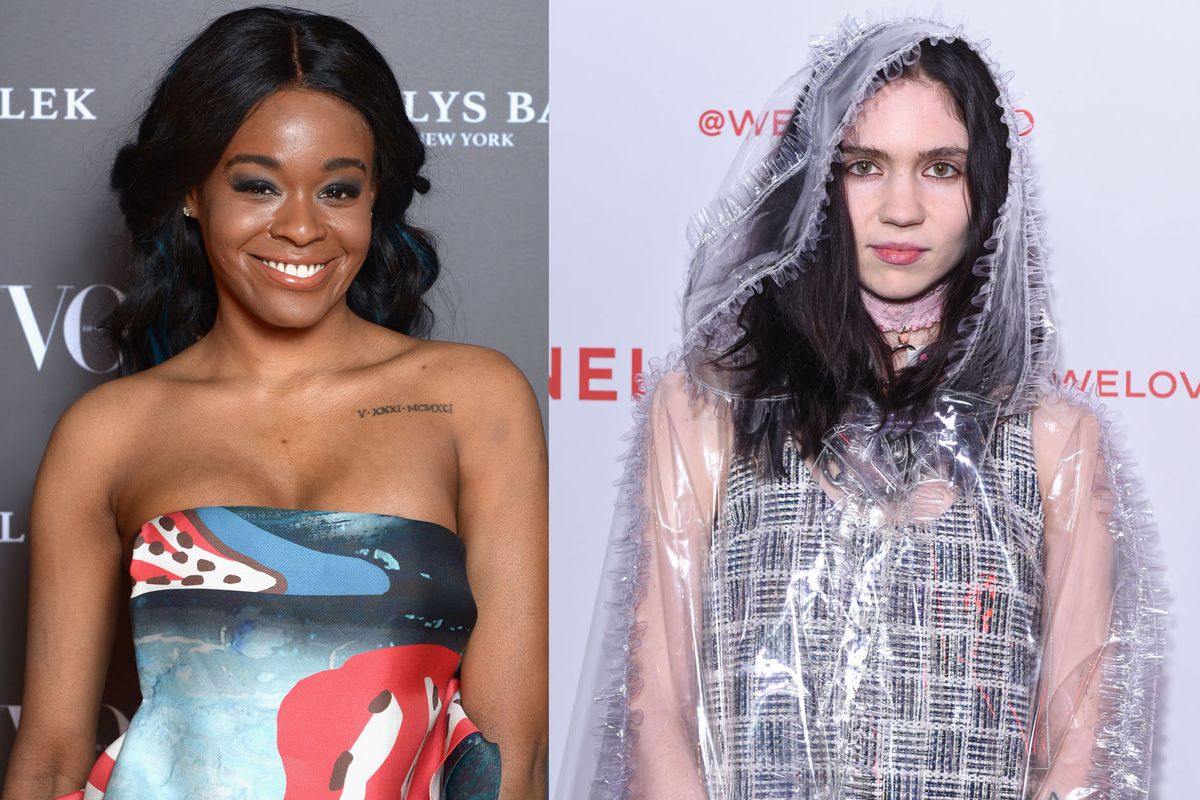 The surreal saga of celebrity powder keg Azaelia Banks' feud with the computer glitch that is Elon Musk and Grimes rages on, with a new batch of screenshots between Banks and Grimes posted to Banks' Instagram story.

When we last visited the scene, Elon Musk had just admitted to seeing Banks at his home on Friday, August 10 — the morning that Banks' alleged weekend from hell or "real [life] episode of Get Out" began. He'd formerly told Gizmodo that he "has never even met [Banks] or communicated with her in any way," while a Tesla spokesperson informed Jalopnik that the claims were "complete nonsense."

So, now we know that Banks is telling the truth about having visited Musk's home that weekend. The rest of her claims, shared via Instagram story and in an interview with Business Insider — that Musk tweeted about taking Tesla private while on acid before having secured the funding to make it happen; that Grimes, who had invited Banks to Musk's L.A. mansion to collab on the rapper's upcoming album, ghosted her all weekend while she "coddled her boyfriend for being too stupid to know not to go on twitter while on acid;" that collaborating was never Grimes' intention and the pair had probably only invited there for "some weird threesome sex shit" — remain deliciously possible, but unsubstantiated.

Now, adding mystery to this Twitter-stream of madness, Banks shared a series of what appear to be screenshots of texts with Grimes to her Instagram story that are stunningly strange but also, sort of friendship goals?

In the messages, now disappeared from Banks's Instagram story but immortalized by Twitter, Grimes told Banks that Musk "has a fake made up accent" and a "giant dick," that he "got into weed cuz of me," and made the Tesla stock shares $420 "for a laugh," and "that the russians want elon dead."

In one post, Banks circled Grimes' message reading "and he just got into weed cuz of me and he's super entertained by 420 so when he decided to take the stock private he calculated it was worth 419$ so he rounded up to 420 for a laugh and now the sec is investigating him for fraud" — captioning the singer's message with "A pathological liar."

Banks also bizarrely tells Grimes (seemingly unprompted) that she's a "very fierce protector of children and I can see them in the invisible world" to which Grimes responds to by saying that the pair needs to find Banks a boyfriend so that they can be pregnant at the same time. Later Grimes follows up, asking "what's the invisible world?" and suggests that their co-pregnancy couldn't get started for "like 3 months or so."

Read the messages here and here.

This latest development doesn't offer much new information or clarity, but evidence Banks and Grimes' seemingly intimate friendship (and tentative plans to be sister-moms!) does make everything that much stranger, and has us wondering what nonsense could emerge from this dystopian performance art piece next.