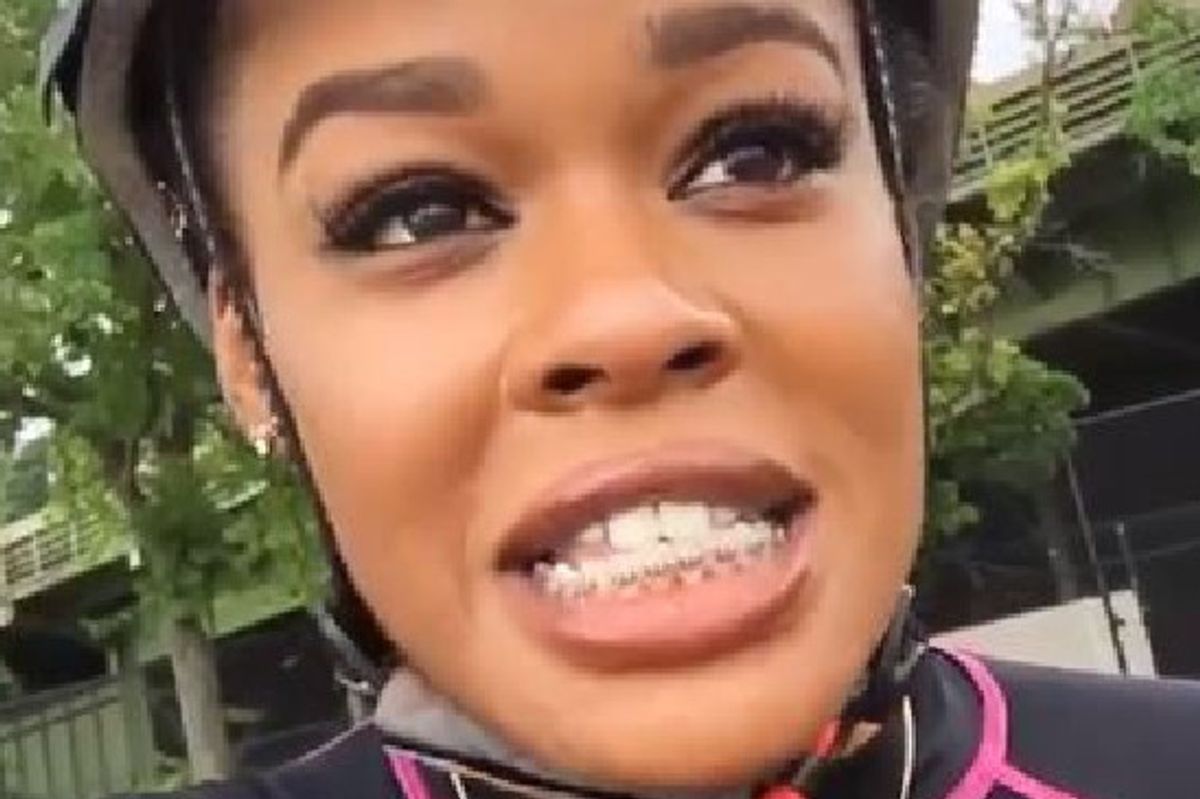 Azealia Banks Defends Bleaching Her Skin, Compares It To A Weave

On Friday, controversial rapper Azealia Banks took a pretty bizarre break from her bike ride in order to film a Facebook Live video defending her decision to bleach her skin.

Rationalizing that skin bleaching is just another form of "assimilation", Banks then (cynically and somewhat confusingly) declared that it is no longer "important to discuss the cultural significance of skin bleaching."


"What's the difference between getting a nose job and changing your skin color?" she asked in the 20-minute clip. "Nobody was upset when I was wearing 30-inch weaves and tearing out my edges and doing all that type of shit like that. You guys loved it."

"As a black person in this world you assimilate," she said. "There are things you accept. This has become the norm because it's happening all the time."

"To say it negates anything I've said about the current situation of blackness in America is ignorant and stupid," Banks later added. "What do body modifications have to do with somebody's level of intellect? The two don't correlate."

She then continued to defend her rationale in the following days, posting several Facebook statuses centering around reparations.

"Honestly, whether or not you decide to wear an Afro isn't going to change anything about the dire position black peoples bodies are in globally," she wrote. "What we need is a clear plan and to stop getting to hung up on petty shit that doesn't matter. Me having an Afro puff or dark skin is not going to stop a police officer from gunning down innocent citizens. THE TWO SIMPLY DO NOT CORRELATE. Our situation that cannot be solved without MONEY."

"Why does it always have to come back to wanting to Look white ?"