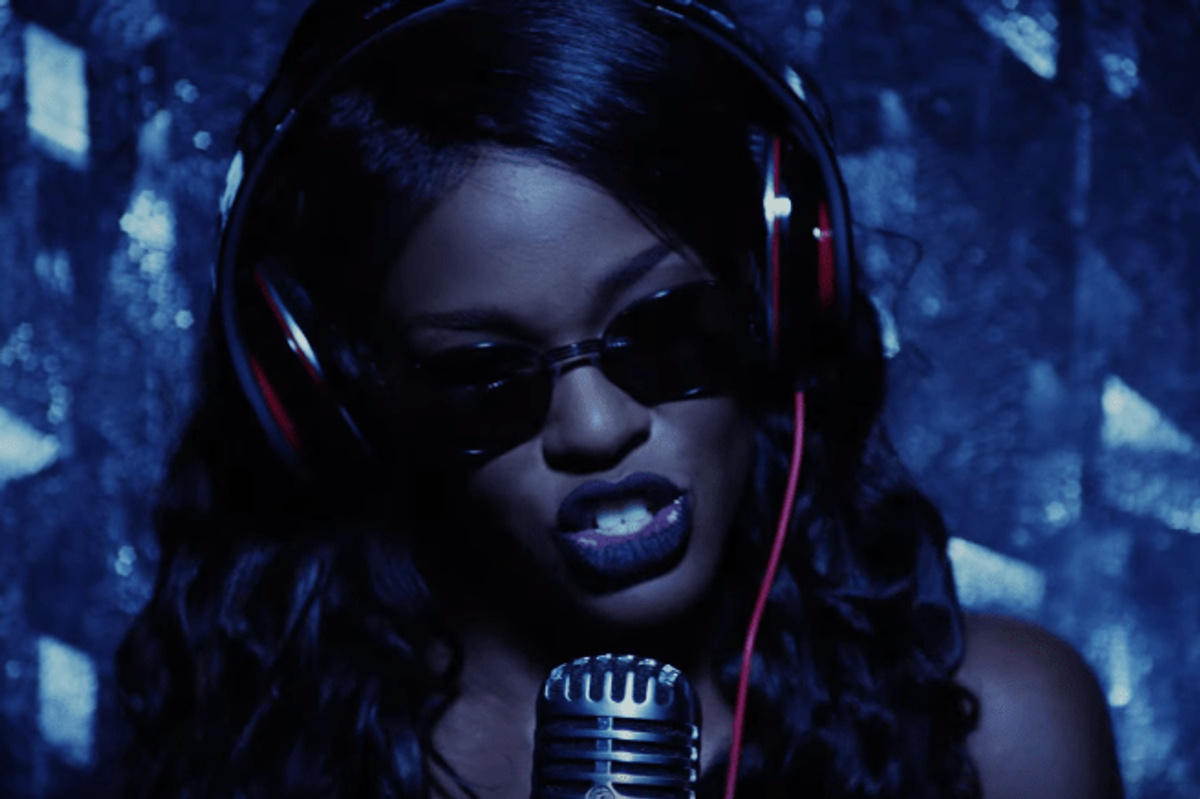 Beyond being a super talented rapper, Azealia Banks is perhaps most known for being embroiled in controversies throughout the years, both with fellow female rappers like Nicki Minaj and Lil Kim and those outside the music industry, like Russell Crowe.

Now, rather than have her words taken out of context or repeated as hearsay, the Queen of Tea has made the smart move to start her own podcast. As she says herself in the first episode's opening:

"A lot of you guys may know me from lots of things you see on the internet, lots of controversies. This is my first official podcast just because I think it's time that I start verbally expressing my opinions in a format that can be understood rather than misconstrued."

Banks then goes on to discuss female rap, "as a job market, as a commodity and sort of as a spiritual exhalation." The Harlem rapper also weighs in on Remy Ma, Love and Hip-Hop (which she thinks is corny) and America's relationship to its black citizens in general.

Listen to Bruja Delbloque #1 below but beware, this tea is piping hot: