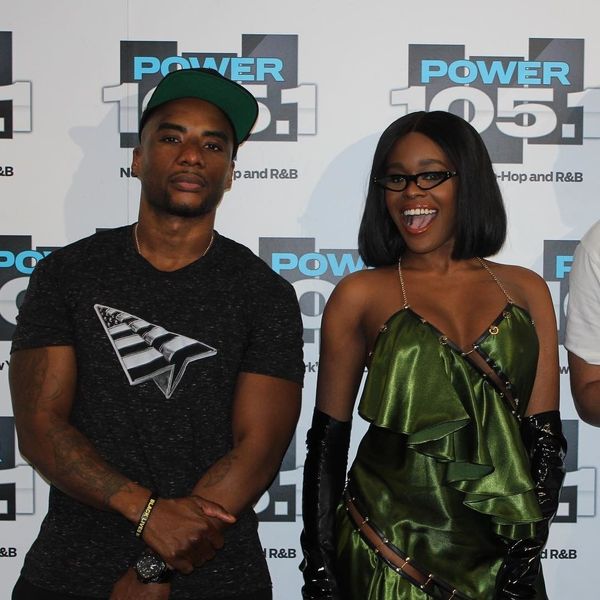 Azealia Banks made her official return to music last month with her single "Anna Wintour," and now she's also back to giving candid interviews and rebuilding her reputation as an artist to be taken seriously. During her first ever interview with Charlamagne and DJ Envy on "The Breakfast Club," the rapper addressed a wide range of topics including white feminism, political correctness, Kanye West, Donald Trump and Hillary Clinton, her former mentor RZA and previous comments she made about Cardi B.

Addressing her recent comeback, Banks said in the interview that after pissing "the wrong people" off and being blacklisted from the industry, "the powers that be" have given her "some leeway" to return. "I'm back a little bit," she said on the radio show. "They let me stick my head through the window, they didn't let in the door yet […] Of course I had to change. I don't know what I've had to change. But, I feel like I've changed. I feel different. I don't feel as tense as I did when I first came out. Just tense, angsty. I've been trying to grow and change for a very long time and I just haven't been given the room to do that."

Related | Azealia Banks Is an Amazing Singer, Any Questions?

She then was asked by Envy to explain past negative comments on Cardi B in which she said the "Bodak Yellow" rapper was an "illiterate, untalented rat" during a rant. Banks said that she didn't have a problem with Cardi specifically so much as the way black women are portrayed in the media and in music. She referenced the conversation that happened as a result of Lemonade, saying things seemed to be reaching a new height for black women in the culture.

"There was just this really, intelligent conversation going on nationally and then everything just kind of changed and then it was like Cardi B...I'm just talking about this caricature of a black woman that black women themselves would never be able to get away with," she said.

Cardi seems to have responded to the comments on Twitter, writing:

Why is it that male rappers can speak how they want act how they want but people constantly bash me for it ? Why do… https://t.co/ZYFn95ziuC
— iamcardib (@iamcardib)1526055095.0

Every week it seems like I’m in somebody’s mouth .Why was nobody talking about me when i was on love and hip hop ?a… https://t.co/fOzoyVMfjy
— iamcardib (@iamcardib)1526060509.0

The Cardi comments happen at the 21:33 mark, and you can catch that and the rest of the interview below: