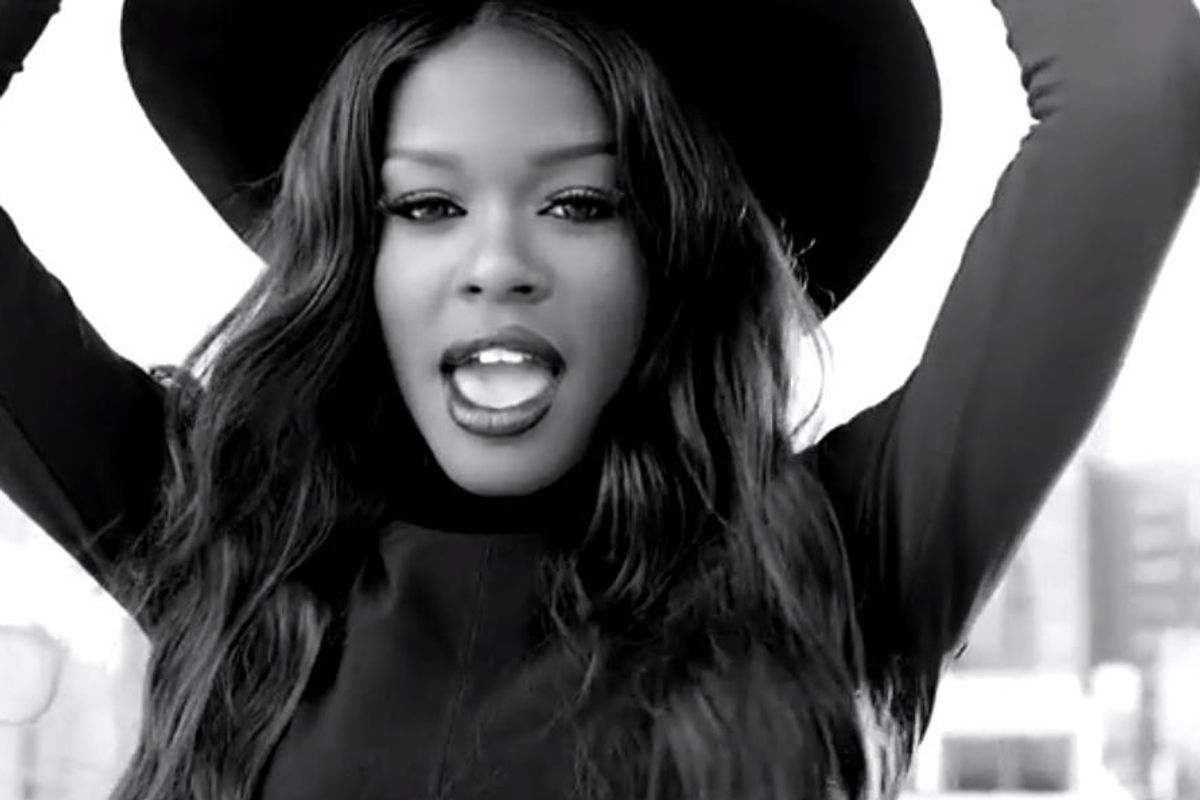 It was only a week ago, that we were thinking "Oh, yeah, remember how Azealia Banks is a musical genius?"

Unfortunately, that is the farthest thing from our minds this morning.

Ms. Azealia Banks was arrested in Manhattan last night after allegedly fighting with, and biting a female security guard's breast, outside the Def Jam holiday party.

Banks was reportedly denied entry to Up&Down--the nightclub where the event was taking place.

After the club's owner saw the rapper, she was allowed access, but--in true Azealia fashion--began hurling racial slurs at the bouncers, and informing them that she "was on Rihanna's new album," which is lol.

When the female security guard (aka the victim of the attack) attempted to remove her once again, Azealia bit her breast.

She was arrested and charged with third degree assault-- her second physical altercation (that we know about) this year.

Here's Azealia leaving her arraignment early this morning, in case you needed a reason to completely lose faith in her.

At this point, Ms. Banks' mental health is obviously in question, but this sounds like nothing more than a case of a spoiled toddler who needs a timeout...forever.