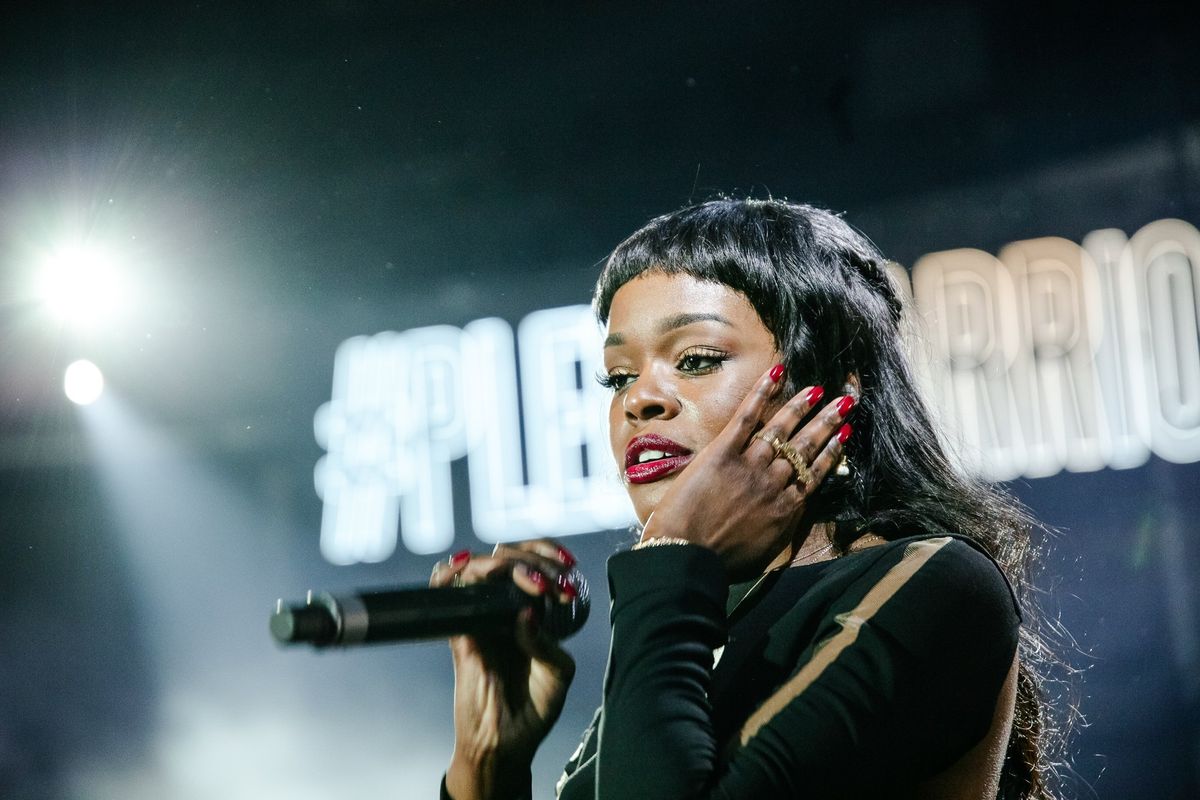 Last night, controversial rapper Azealia Banks took to her Facebook again to posit herself as "the most widely criticized and widely ignored artist of all time". Not to mention put Taylor Swift and Lady Gaga on blast for allegedly copying her.

Writing a series of "FUN FACT" posts, Banks began innocuously enough, posting about things like how her album Broke With Expensive Taste was produced by the executive producer of the original Pokémon movie and how legendary music biz exec Jimmy Iovine was a fan.

However, the mood began to change once she began talking (in the third person, no less) about other celebrities (and brands), the ways they wronged her and how they've capitalized on achievements she believes to be her's. Examples she used included her creation of the "witch-hop" musical genre (a moniker supposedly co-opted by Lady Gaga's "suspiciously titled" album Artpop) and the character of "Slay-Z," which was allegedly taken by Gigi Hadid's character in Taylor Swift's video for "Bad Blood."


Banks ended the entire thread with a penultimate post about her being "the most widely criticized and widely ignored artist of all time."

"While her equally controversial male peers are given an excess of room and public forgiveness to express themselves, (be it through drug trafficking, gun violence, misogyny, domestic violence, homophobia etc,)," she continued. "Azealia Banks has been demonized by the public at large for simply...... tweeting. opponents of Banks often cite her 'bad attitude' as the reason for their avid disdain towards her."

Earlier this year, Banks was banned from Twitter after tweeting a string of racial abuse aimed at Zayn Malik and 14-year-old actress Skai Jackson.