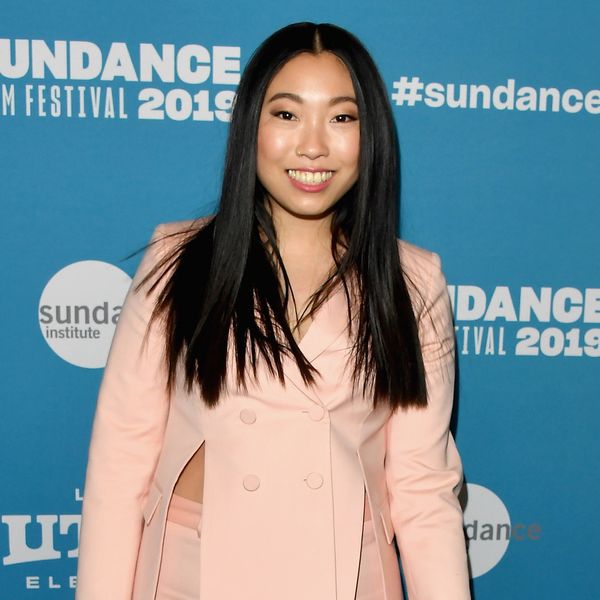 2018 was Awkwafina's year, and thank God. She stole scenes in Ocean's 8 and Crazy Rich Asians, then delivered a memorable monologue on Saturday Night Live — she was the show's first Asian host in almost two decades. Someone smart at Comedy Central was paying attention and signed a deal with the rapper and comedian to star in Awkwafina, a 10-episode sitcom based on her life. So 2019 is looking pretty good too.

On Twitter today, Awkwafina shared more details about what the show might look like, and it sounds super fun. Her dispatch came from "deep in the writers room" where she declared that, "without spoiling anything," Awkwafina "will take place where I was born and raised, off of Queens Boulevard. Featuring my father and my grandma, in a single family house, with many expired Asian calendars."

She further explained that Awkwafina will have an all-female writers room, a total rarity in comedy television and elsewhere. It's "about being raised by my grandma and dad in Queens, living at home and finding purpose" and she also promises "no show tunes," which, fine, I guess I'll live.

Deep in the writers room of the Awkwafina show, and without spoiling anything, this will take place where I was bor… https://t.co/a8sTYDYUng
— AWKWAFINA (@AWKWAFINA)1550085793.0

Awkwafina will star with BD Wong and Lori Tan Chinn in the series, which unfortunately doesn't have an air date to mark off on your expired Asian calendar just yet.