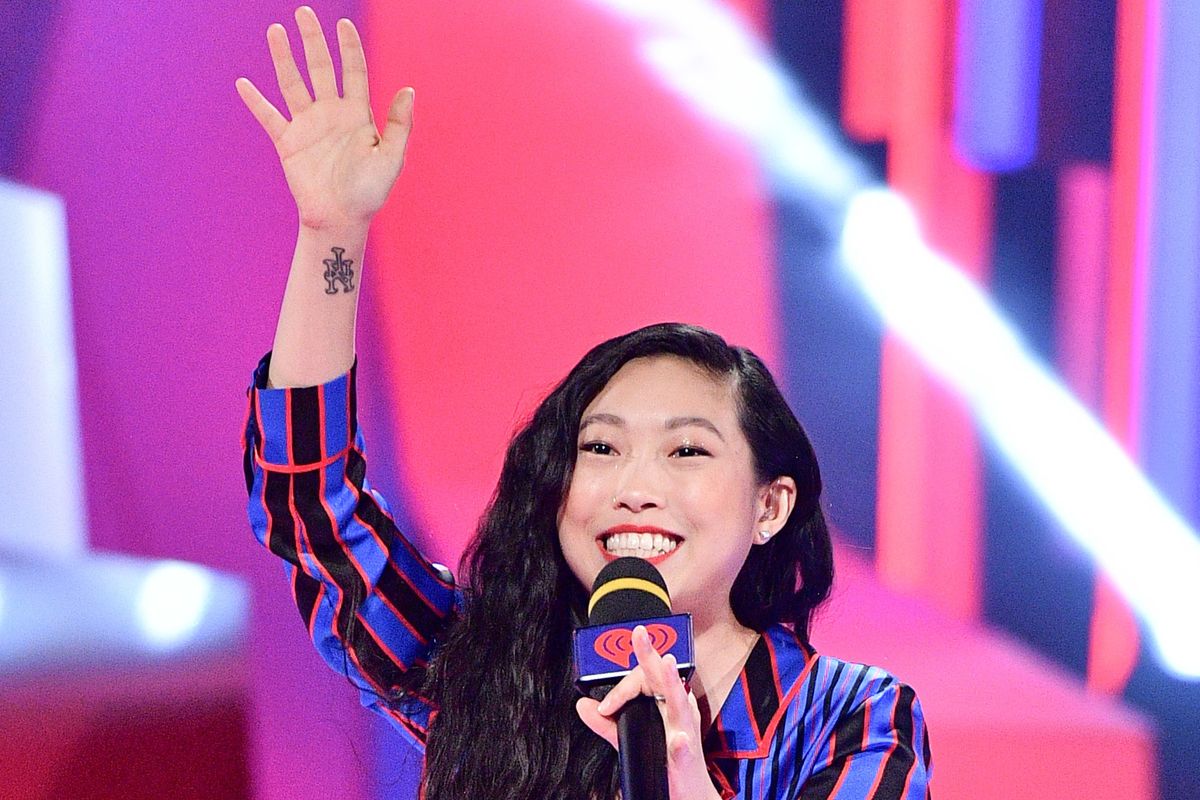 How Is Awkwafina the First Asian Woman to Host SNL In 18 Years?

As with most of the Asian-driven entertainment that we've been gifted with this summer (Crazy Rich Asians, To All The Boys I've Loved Before, Be The Cowboy's critically acclaimed drop, #StarringJohnCho, the advent of Henry Golding, Killing Eve's Emmy nom) we were thrilled hear that Awkwafina will be hosting SNL on October 6, but also struck by the question: "Why did it take so long for this to happen?"

The Crazy Rich Asians and Ocean's 8 star will be the first Asian woman to host SNL in 18 years, since Lucy Liu hosted in 2000. She'll be joined by Travis Scott as a musical guest. Besides Lucy Liu, Jackie Chan, and Aziz Ansari are the only other Asian hosts in the show's history.

Saturday Night Live posted its infamous cork board announcing the first three shows its newest season on Wednesday (note that Awkwafina is also the only woman in the line-up so far):

The announcement brings attention to how invisible Asian people have historically been in comedy. SNL has never had an a female Asian cast-member (and they've never employed a full-time Asian cast-member), and BUST reported recently that the show has had to ask a production designer, Akira Yoshimura, to play Star Trek's Sulu every time a skit about the TV show comes up.

Along with women like Ali Wong, Constance Wu and Lily Du Awkwafina is changing things. She's proved herself a killer comic, actress and rapper, defining herself through a braggadocious, X-rated comedy, talking about sexuality and race. It's exciting to see how far she's come from making bawdy viral hits (no shade) like her 2012 "My Vag." Aside from her Hollywood action this summer, the Queens native has been a part of MTV show Girl Code, created a short-form web series called Tawk (which we chatted with her about last year) and recently dropped a new EP, In Fina We Trust.

But even though 2018 has been Awkwafina's year, and Asian voices are receiving more air and screen-time than ever, it's headlines like these that reveal the ugly lag between progressive ideals and how our culture actually operates. Here are SNL's host breakdown from the last eight years, via Decider:

There's clearly more work to be done (gosh, what about a season without any straight, cis white male hosts?), but here's hoping Awkwafina will lead off an even more diverse season than the last. Mark your calendars.