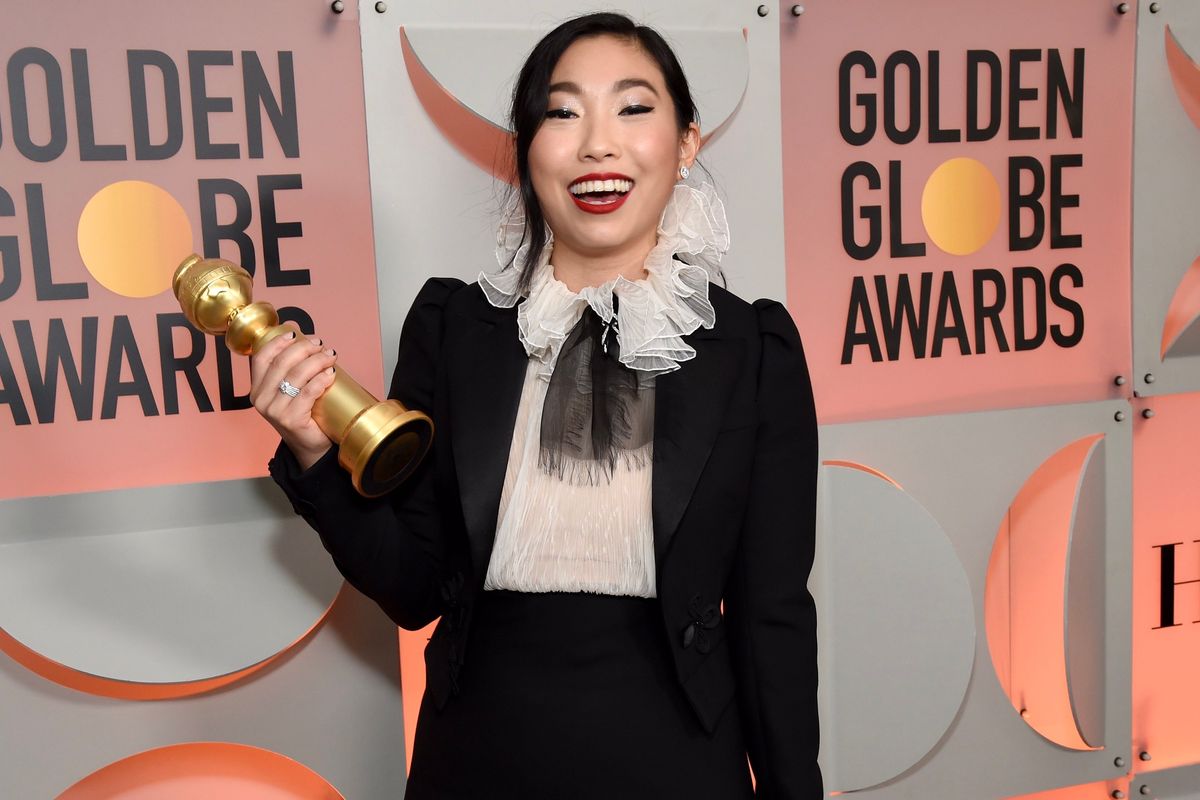 Awkwafina's brilliant and heartfelt performance in Lulu Wang's The Farewell was something that the Hollywood Foreign Press Association could not ignore. At the 77th Annual Golden Globe Awards, the actress/comedian/rapper made history as the first performer of Asian descent to win a Golden Globe Award in a lead actress film category.

During her acceptance speech, Awkwafina (born Nora Lum) first thanked writer and director Lulu Wang who based the film on her own life. The Farewell tells the story of a young woman named Billi (Awkwafina) who needs to come to terms with her family's decision to hide a terminal diagnosis from her grandmother Nai Nai (Shuzhen Zhao).

"You gave me this chance, the chance of a lifetime, and you've taught me so much," she told Wang from the Golden Globes stage. "Just filming this story, being with you, is incredible."

She also dedicated the award to her grandmother, late mother, and father. She concluded, "I told you I'd get a job, dad."

Bong Joon-ho's thriller Parasite also made history as the winner of the Golden Globe for Best Foreign Language Film. It was the first South Korean movie to win the award in Golden Globes history.