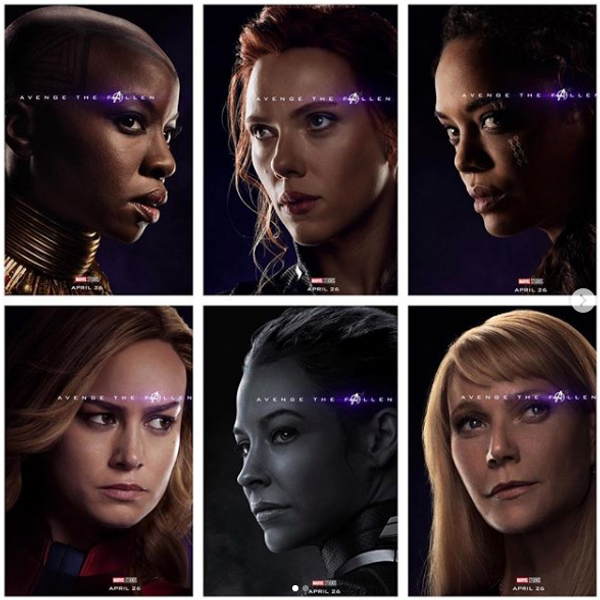 As the excitement around Marvel's much anticipated superhero franchise Avengers: End Game boils up, a new debate has hit the internet. Fans are now calling out Marvel for sexist double standards, for supposedly airbrushing the women, and not the men, in promotional images.

The photos in question were called out in a Twitter thread and show Scarlett Johansson, Gwyneth Paltrow, and Danai Gurira sans wrinkles or fine lines, while Chris Evans and Robert Downey Jr look, well, human.

"I love The Avengers. I loved Captain Marvel. But these photos have made me so mad. Spot the difference? Women: literally no facial lines — foreheads completely airbrushed. Men: every single one (even the gods/aliens/people who don't physically age) you can see lines on their foreheads and there's about a dozen more characters I haven't included, all the same," Antoniou wrote.

Airbrushing, of course, isn't uncommon in Hollywood, beauty, or fashion. The issue has been addressed time and again in several studies that often cite advertising as the chief reason behind eating disorders and body dysmorphia. Celebrities such as Jameela Jamil, Padma Lakshmi, and Lorde among others have fiercely rallied against it over the years.

Yet, it persists. Although Marvel has take several strides in making diversity an important part of its platform, it's concerning that it continues to consider natural signs of aging such as wrinkles and dark circles as an integral flaw for women.