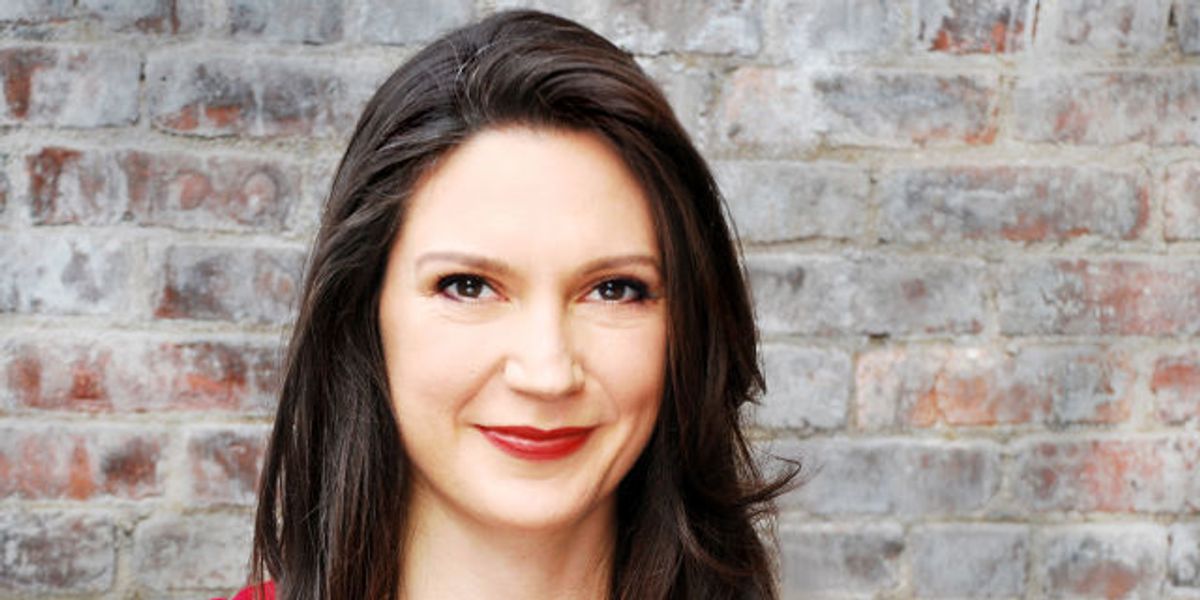 New York-based writer Autumn Whitefield-Madrano's first beauty memory was covering her face in her mom's Vaseline because she liked the shininess. At 5 years old, Whitefield-Madrano thought she was beautiful, and was shocked when her non makeup-wearing mom told her she didn't look radiant. "It was just a first clue that even people who are sympathetic to you, they have very different ideas about what the beauty standard is," she said.

As the face behind the beauty blog The Beheld, and a writer for Marie Claire, Salon, Glamour and The Guardian, she has devoted her career to understanding the relationship women have with makeup. She recently turned her almost 20 years of writing for women's magazines into her first book, Face Value: The Hidden Ways Beauty Shapes Women's Lives, a sort of 21st century beauty manifesto (which came out June 21st, on Simon & Schuster).

She uses interviews, academic studies and her personal experiences with beauty to understand if makeup can be feminist in the era of the #flawless selfie, but also increased scrutiny of beauty and trends like #nomakeup. We chatted with Whitefield-Madrano about her makeup inspirations, how perceptions of attractiveness have changed over time and the future of beauty.

Who inspired you to get into beauty?

My grandmother was the number one person. This was my dad's mother, and she was in many ways a traditional Army wife. And that culture is very much you're an extension of your husband. I remember talking with her about living in Japan after World War II, and she said, "You really had to look a certain way" because she was an ambassador for American culture. She said, "We were good people. We wanted to respect that and respect their culture by looking neat and well-kept." That really carried over to how she presented herself. I remember as a kid sitting in her vanity, and she would have all the lipsticks and all the powders. And just sitting there and getting to play with her was such a treat. And both of my aunts, my mom's two sisters, they were young and hip and had the whole '80s thing going on with the crazy eyeshadows. And because all these women were in such sharp contrast to my mom, I remember thinking, "This is when I get to have fun." And my mom was fun in a lot of ways, but not in that way. So I really had the two parallel stories of beauty and how it plays out in women's lives. I was living that even at 5 years old.

How did you decide to write Face Value?

I knew that what I was doing on the blog got in a really fun way, a little esoteric because I was just really grooving on thinking about beauty from all these different angles and perspectives. But I felt like I kind of wanted to create a primer for women in my position of having this conflicted relationship with beauty and sort of help them navigate their way through it. So that's really more what the book is about. There are a lot of different lens that show up in the book, but it's really more a straightforward primer for women to investigate their own relationship to beauty.

For The Beheld, you have interviewed everyone from your grandmother to a domme. How did you decide who to interview for the book?

I started with just friends, but I didn't want to focus too much on my own friends because that's really limiting. So I started asking friends of friends. I put callouts on my blog and various social media. And I tried to keep it geographically diverse and diverse in other ways. It's interesting. I had a big decision to make as far as when to highlight diversity, and I'm thinking specifically of racial and ethnic diversity. Because in writing a book, I was looking for the things that bound us together, the similarities among women's relationships with beauty. And I tried not to just iron out everyone's differences, the things that make every woman's relationship to beauty unique. I probably did a little bit more than I should have. But I thought, "I can really highlight the differences or the things that bind us together." And I focused more on the latter, for better or worse.

One of my favorite quotes from the book that in contrast to beauty being a competition "...women take the tools beauty culture has laid out for them and repurpose them as powerful tools of connection, compassion, curiosity, and understanding." But it seems we never talk about the power of beauty.

Exactly and when we do talk about it, it tends to be very either/or. Women tend to talk about it either in the sense of on a very superficial level, which is fine: exchanging beauty tips or "oh my gosh I love that nail polish." And then the other way in which we are really permitted to talk about beauty is in putting ourselves down and saying we don't like how we look. And that's problematic. And I am seeing that change somewhat as there are more complex women's media out there. Because I feel there is a lot more attention paid in either gender neutral media or women's writing is getting smarter. They are beginning to address these topics in a more complex way, and I'm thrilled. When I first started writing about beauty, things like Racked didn't exist. Jezebel existed, but it didn't really talk about beauty. So it has been really neat to see these different forms of media develop where women can address things in a more complex way.

Do you think there is a generational divide in how women view beauty?

I think what's happening is that there is a lot more acceptance of play, and I think that's something you always see. I'm thinking of our grandparents or great-grandparents, their parents thought, "Err that rock'n'roll. That long hair. The hair is down to the ears!" So on some level, with beauty standards, young people will always rebel against convention. But I think that I make an argument in Face Value for a more playful relationship with beauty, a more fantastic relationship with beauty. And I am seeing more of that with young women. Like that trend of this multicolored mermaid hair I'm seeing everywhere, I love it. I think it's amazing. When I was 20 and if I had had that kind of hair, I would have been marking myself as an outsider. I would have been "I'm punk rock" or whatever. And that's not really the case now so much. That's been neat to see.

What do you think has influenced this increased acceptance of fantasy in beauty?

I think part of it is that there is almost an overload of dialogue around identity now, which in some ways has a drawback in that it's easy to over announce your identity, and that can be limiting in its own way. But I think what it has really done with the conversations we have had in the last few years around identity of all sorts is that it has led people to want to pronounce their identity more definitively, more loudly, and I think that part of that for a lot of people is saying, "I'm going to let the inner freak flag fly."

We see the opposite with the #nomakeupselfie and the idea of makeup being skewed as vain or even hiding a person's "true" self.

The presumption of that is that it takes more courage to not wear makeup than it does to wear makeup, and I just don't find that to be true. I think that's something you still see, and that's kind of why I encourage the more fantastic elements of beauty because it is artificial, but there is no attempt at looking natural. It's like obviously my hair is not blue. I obviously don't have these crazy long eyelashes. My lips are not purple. So I think that announcing your artifice in that way is a really intriguing way of playing with beauty.

In the book, you draw from many academic studies, but it is also personal. Why was it important to insert yourself into it?

I didn't know any other way to do it. I didn't want to pretend to be an academic. I didn't want to pretend that I didn't have a deep, personal investment in these questions because I very much do. At the same time, I didn't want to write a memoir because I don't think my relationship to beauty is really all that unique. A good memoir illuminates not only the author's experience, but everyone else's. So I felt that a hybrid really is the way to go here. I mean beauty is so intensely personal, and my hope is by being personal in the book, I can give other people permission to admit, "Okay sometimes I think I am really the shit. And other times, I feel like shit."

You write that words like "beautiful" are hard to define and we purposely talk about attractiveness in a vague way. How is Face Value important in defining concepts of beauty so openly?

Every so often, someone will ask me, "Well what's your definition of beauty?" I'm like "Oh my god. I can't. I can't answer that. I won't answer that." I do try, but it's hard because it's so ambiguous. I don't even know where to begin answering something like that, which is when having that arsenal of words that are a little more specific comes in handy. There are also really vague words, and we sort of encourage that vagueness in a way. I think we think we want to quantify it more than we actually do because anytime I mention any sort of study that indicates something about beauty, everyone just wants to refute it. It's just interesting. I don't think we actually want to quantify it. I think we all take pleasure in the mystification of it, and that's problematic in a lot of ways. But I think that it gives a wide berth for the way that we consider beauty. So just on that base level, I'm glad for it.