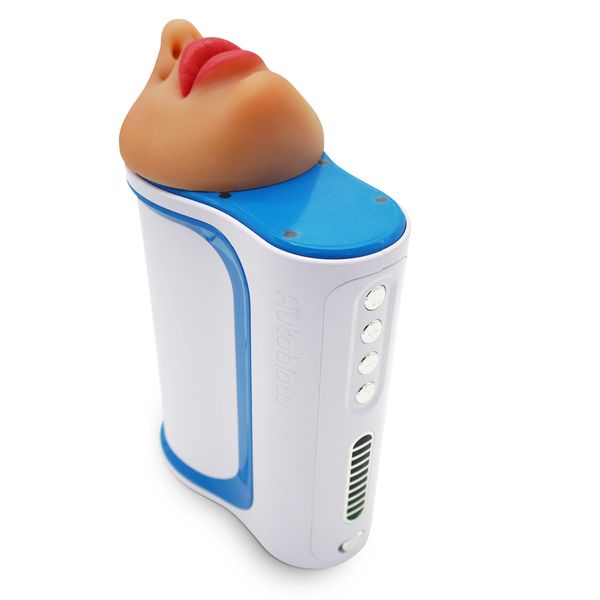 Over the past few years, the capabilities and possibilities of utilizing artificial intelligence (AI) have become a point of fascination for many in the tech community. Now, it's set to become a huge talking point within the realm of male sex toys, and it's all thanks to the aptly-named Autoblow AI.

"Normally for sex toys programming is an afterthought," Sloan explains. "Like, think of women's toys. All they do is vibrate in different modes that some programmer came up with after thinking about it for like two seconds." And it was this line of thinking, combined with Sloan's personal fascination with the potential applications for AI that led him to ask how exactly he could improve the previous iteration of Autoblow.

However, Sloan is also quick to assert that the Autoblow's aim is, counterintuitively, not necessarily sexual. Arguing that the Autoblow is "less of a sexual device and more of a life-enhancing device," Sloan explains that above anything else his goal was to provide people with penises with high-tech, top-of-the-line pleasure.

And it seems like many agree. Thusfar, Autoblow AI has far exceeded its initial goal of $50,000 — raising nearly $300,000 in two months via an Indiegogo campaign, if that's any indication of how eager many people with penises are.

Explaining that all of Autoblow AI's programmed modes uses information already been gathered via their extensive, independent research, Sloan says there's no reason for the device itself to connect to the Internet.

"The problem is that Internet-connected sex toys sound kind of sexy, but the reality is that there are some privacy concerns," Sloan explains, referencing the controversy surrounding We-Vibe's "We-Connect" app. "There are a few sex toys for men that are connected to the Internet, but you're basically taking something simple and [making it way more complicated]."

But that doesn't necessarily mean Sloan is a masturbatory mennonite of sorts. In fact, his hesitation appears to stem from his law background and the way the aforementioned We-Vibe class action suit went down.

"It was kind of a B.S. thing, like of course [the manufacturers] want to know the temperature of the product and how it's being used in order to improve it," Sloan says. "They're not hunting down people who use it, but there are some very nasty lawyers who kind of ruin innovation, and I don't believe that was a legitimate privacy concern."

However, lawyers aren't the only ones to watch out for if you manufacture Internet-connected sex toys. "I try to make myself not a target," Sloan continues, explaining he'd rather stay away from a "black hole of scary things" that don't seem to add much to the actual functionality of something like the Autoblow. After all, as he noted, "the minute you connect your product to the Internet, you become a target for hackers, lawyers, and people looking to just cash in on this topic."

Not only that, but Sloan also believes that society-at-large has a lot of catching up to do in terms of destigmatizing male sex toys — especially when it comes to the way big corporations and the media handle products like the Autoblow.

"The way I want to sell Autoblow... it's not a dirty thing. I use myself because I think it's totally OK and normal for men to buy this," Sloan concludes. "At the end of the day, it's just a gadget for your penis. I just want to remove the stigma of it by not relying on sex to sell my male sex devices."