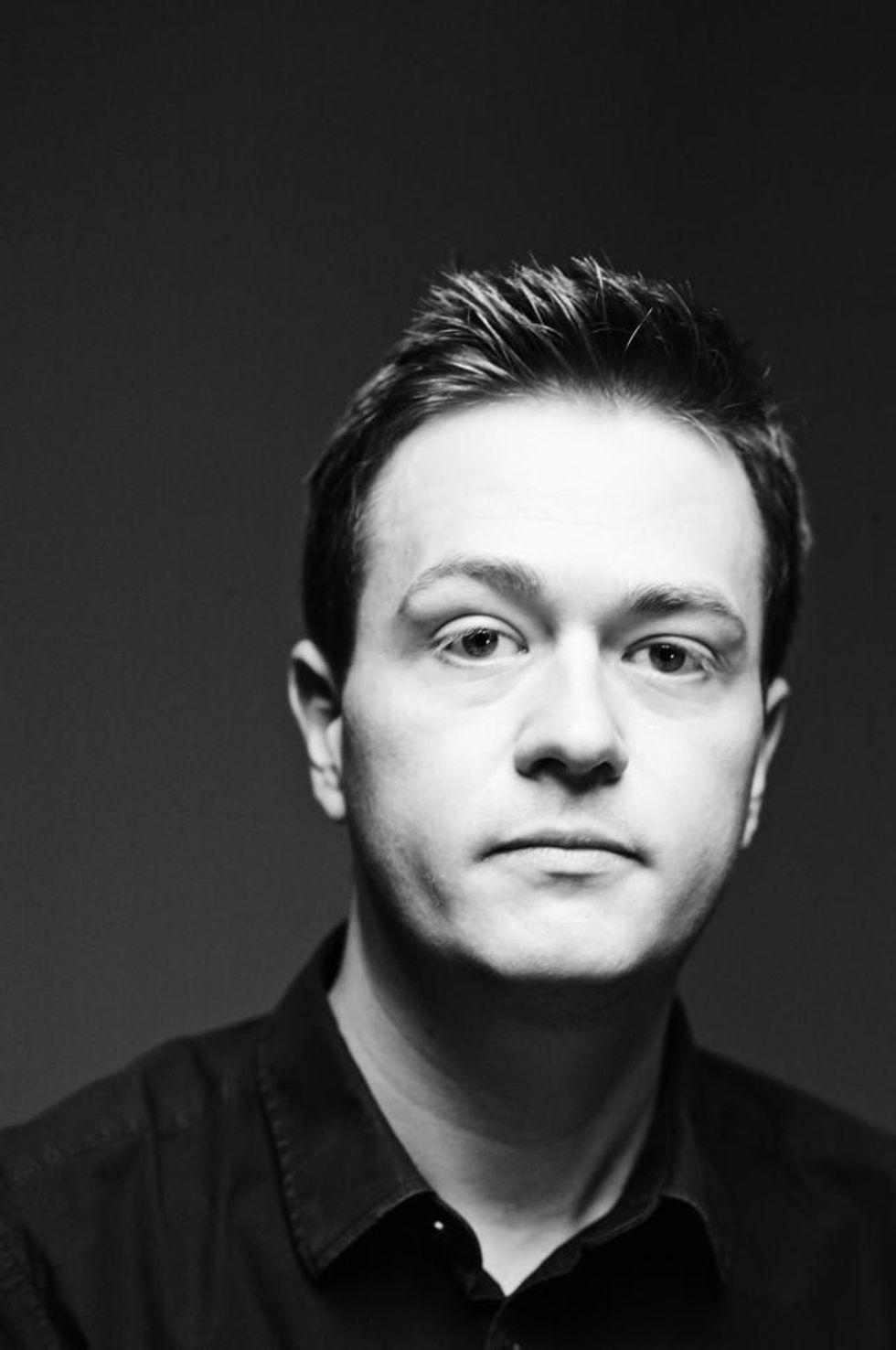 Author Johann Hari Knows How to End the War On Drugs

by David Hershkovits
PAPERMAG
Eighty percent of Americans agree that the war on drugs has failed. And Johann Hari has done something about it.

Johann Hari has written an important and powerful  book that reads like a thriller and gives us all we need to know to make the case for repeal. Chasing the Scream: The First and Last Days of the War on Drugs exposes the failed policy that has ruined millions of lives and wasted billions of dollars in its misguided approach, including its unfair targeting of African Americans and its role in creating the largest prison-industrial complex in the world. Hari also finds heroes with remarkable stories, at once humanizing his argument and making it clear that prohibition policy is flawed and ineffective. He looks at the science, challenges our assumptions about addiction and uses case studies of countries like Switzerland, Portugal and Uruguay where enlightened legalization has shown dramatic results. As we see in Colorado and Washington, marijuana legalization is on the rise because the people, not the politicians, are applying pressure and leading the way.

"One of reasons I was motivated to write this book is that I have drug addiction in my family," Hari told me over Skype from his home in London. "I wanted to understand what causes addiction. And what can be done to help people."

Humanizing addiction, he says, is the best place to start.

"We've dehumanized so many people at the heart of this, whether it's drug users, drug addicts, drug dealers, cops or the people who live in the supply-route countries," Hari says. "I honestly think if most people in America or Britain could see [the people in the book] as human beings like them, with hopes and dreams and fears, they wouldn't support the continuation of this war. No one wants to read a 400-page argument. I think the way to change people's minds abut this is through stories, not arguments."

Indeed, America's ethos of individualism doesn't allow much sympathy for the homeless or down-and-out. We tend to view addiction and substance abuse as a self-created problem, when it's more complex than that.

"It's very natural to be irritated by drug users," he says. "I think one of the reasons the debates over the drug wars are so charged is because it runs through the heart of each of us. Everyone has a prohibitionist in their head someplace and, at other points, a compassionate and loving person."

Hari found that America did not embrace drug prohibition when Henry Anslinger, commissioner of the Federal Bureau of Narcotics, first imposed it in 1914. "One thing that struck me was that when drug prohibition was introduced 100 years ago, it was massively contested in the US. There is a huge fight back from doctors who continued to prescribe heroin and cocaine to drug addicts because they didn't want them to go to dealers. 17,000 doctors were arrested -- as far as I know, it's the biggest roundup of doctors by law enforcement ever in US history. The drug war was born in America and imposed on the rest of the world by America, but the most powerful and eloquent voices against the drug war also come from America."

If a notoriously conservative country like Switzerland can reach the right conclusion, there's hope. "They voted twice in referenda to legalize heroin by huge majority," Hari says. "And Switzerland is an exceptionally right-wing country. Women got the vote in 1978. This is like Utah legalizing heroin. The argument that won in Switzerland is really important: that the drug war means anarchy. It means unknown dealers selling unknown chemicals to unknown people all in the dark. They do it in our public places, they spread disease and they are unsafe. Legalization is a way of restoring order to the chaos. What we do is take those addicts out of our parks we put them in nice clean clinics. The way it works is you turn up, you go to clinic, they give you heroin. You inject it there. You can't take it out with you. And you go off to work. Overwhelmingly, once the chaos of the street addicts ends and they are given some support to get housing and so on, they get jobs. They saw a massive fall in street crime, car theft, muggings and prostitution. What you saw is a restoration of order."

That is the way Hari proposes to cut through the cultural divide's pro- and anti-drug positions.
"What we need to communicate to people is that you can be anti-drugs but still be against marijuana prohibition because that causes even more problems than the drug itself. We've transferred one of the biggest industries in America to armed criminal gangs who are fucking up our society in all sorts of ways, and we can actually bankrupt them if we choose a different approach. That's the argument that can win."

He says the baby steps the United States has taken towards ending the war aren't to be discounted. "All political change happens incrementally," he says. Fears that legalization would cause massive societal issues, he says, mostly become unfounded when compared to the success other countries. "The things that people are most afraid of do not come to pass," he says. "We now know what will happen."

An important component of reform in Portugal, for example, is diverting the money previously earmarked for enforcement into rehabilitation, to reconnect addicts to society in an enlightened, progressive way. "It's the opposite of what we do," he says. "We take addicts and cut them off."

Hari says the most destructive part of the drug war is violence. "If you and I go rob a local liquor store, they could call the cops. And the cops would take us away. So that liquor store doesn't have to be violent and intimidating. If we went to the local weed and coke dealer and tried to steal their product they couldn't call the cops. They would have to be violent. If you're a dealer you don't want to have a fight every day so what you have to do is establish a reputation for being so terrifying that no one would dare to fuck with you. The war on drugs creates a culture of terror: you have to be terrifying for it to work because that's how you protect your product. The war on drugs creates a war for drugs. Al Capone didn't kill people because he was drunk, but because alcohol was prohibited."

Drug-related deaths, he says, are mostly a misnomer, a form of double speak. "Overwhelmingly," he says, they are "prohibition-related, not drug-related. If they banned milk, we would have a war for milk. That's what happens when you have a prohibited market."

Politicians know this, but few act. "The reason why although Clinton, Bush and Obama all had been drug users in their younger days, and all had disgraceful drug policies, is because there isn't a big enough movement exerting pressure."

To that end, Hari has created chasingthescream.com, a repository of all his interviews as well as a primer for taking up the cause.

"What we need is a huge and broad-based movement demanding change which will outweigh the voices on the other side," says Hari. "The ones that are frightened of what legalization means."