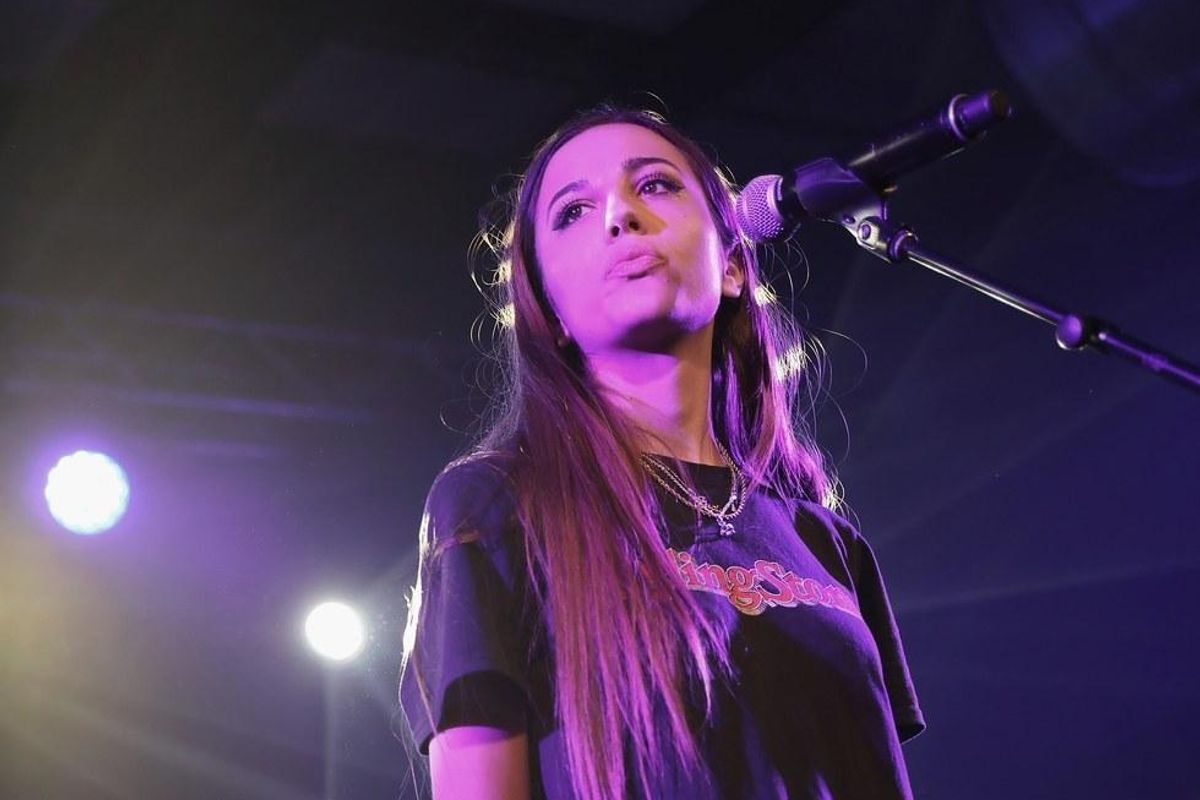 "We played a lot of festivals last year. I feel a lot more seasoned," Cloves says when you ask whether she's nervous or excited for the annual showcase. This is the second South by Southwest for the Australian singer-songwriter, who last year also conquered Coachella and Lollapalooza, and has seen her music appear in the soundtracks for Me Before You and Shadowhunters. 2017 will see her touring and launching her debut full-length, the follow-up to 2015 EP XIII. At Bud Light's SXSW Jam Session with the Roots, we talked with Cloves about her musical influences, festivals vs. clubs, and the weirdest DMs she's ever gotten (spoiler alert: it was her mom).

This is your second South by Southwest. Do you have a preference between festival-style shows or normal club concerts?

I mean, they're quite different. I feel like at festivals, everyone's seen so many different acts in the day, and then when it's your show, people are sort of more there to know other songs. But I think it's a nice space to discover music for yourself, as well, so it's cool.

What are you looking forward to for this year?

I'm really excited to put some music out. I've been working on it for a really long time. It's definitely a slight change of direction for me but I'm excited for it to come out.

We've heard some songs from you, like on the Me Before You soundtrack. Has the new music changed, or is it in that vein?

Yeah. I mean, since then, it's sort of moved into a more blunt direction. Especially lyrically and production-wise, like sonically, it's a lot more blunt now, a little more sort of sassy. A little more mature as well. I've grown up a lot in my sort of musical tastes as well. So I'm really excited about the new stuff. But the Me Before You is quite a young version of me. I wrote that song about three years ago now.

Right--that's a lot of time to grow and develop, especially when you're young. It's almost a completely different you.

Exactly. I've sort of moved so far past it. It's definitely me, it's just a younger version of me. And i think every year you grow up and you learn more and more about yourself and more about music as well. And you get better as a musician and a writer.

When you're making music, collaborating, do you find you prefer to do that with friends?

I think writing and making music in general you have to have such a good connection with the person you're working with. You need such trust in the other person in order to make mistakes, as well as to be really excited for their opinions and their ideas. I think it's such a unique friendship to find, making music with somebody, so I think it's very important to feel really comfortable with the person.

What music or artists have you been really inspired by this year?

I don't really discover a lot of music, frequently. I really find one or two artists that I listen to on repeat. My big find for last year was Michael Kiwanuka--I loved his new album. So that was my new thing of the year. But I do sort of stick with my old favorites. I play a lot of Aretha Franklin and Radiohead and the Black Keys and Arctic Monkeys, that sort of stuff. It's quite diverse, and depending on my mood as well.

You're listening to enough different types that you won't get in a rut.

I don't think I get in a rut. They're my favorites for a reason. I also feel like, making my album, I've taken a lot of influences from that sort of music and I like to keep to the same thing, especially as I'm finishing up.

Do those influences ever bleed in while you're making music?

100% bleeds in. If I listen to one song too much all the time, it will definitely influence my writing. Or if I listen to too much Aretha Franklin I'll try and sing like her--it's not a good idea.

I feel like for most mortals that's a bad idea. What music do you listen to and love that you're embarrassed of--guilty pleasures, as it were.

I don't know. I'm not really embarrassed of anything--I like it for a reason. I don't know. I actually think my ear tends to swing quite to the pop tendency, so I naturally like a sort of poppy melody.

What's the weirdest thing you've gotten in your DMs recently?

I don't know if it's weird, but my mom, because she lives so far away from me, tends to send me a lot of memes.

They're super cute but they're also super embarrassing! She'll send me a lot of like, minion memes about like, "You're unique and you're great!" It's quite sweet, but also sort of weird.