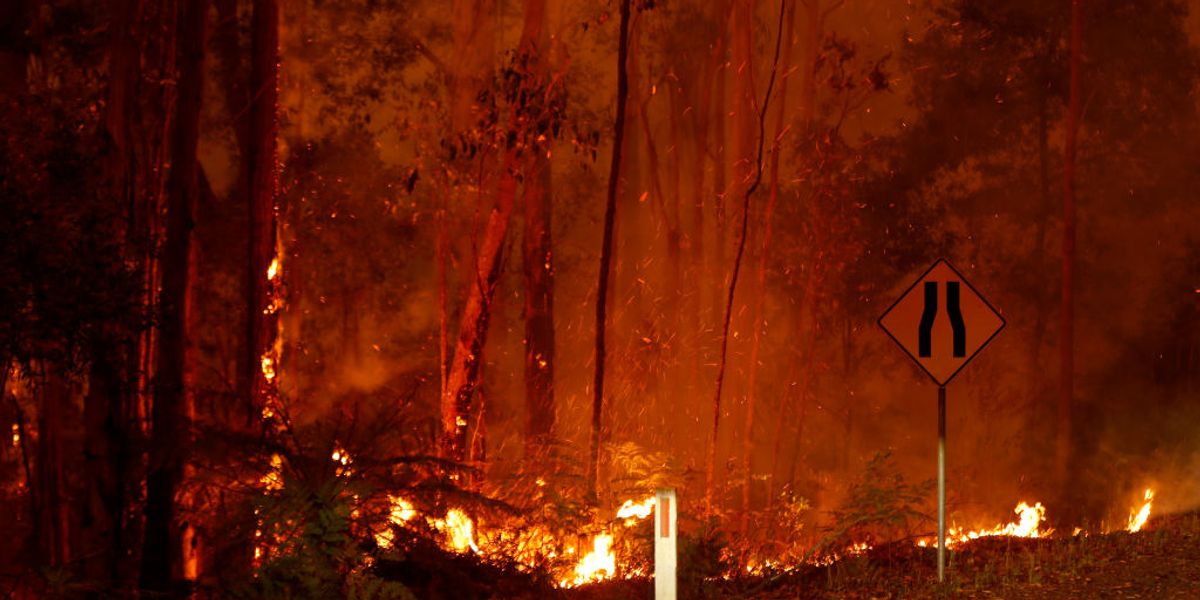 Anohni Speaks Out As Australia Burns

The ongoing Australian bushfire season, which began in August, has become the most destructive in history, reportedly destroying over 15 million acres of land, over 1,300 homes and killing upwards of 19 people so far. Roughly 100 fires continue to ravage the region.

But even those figures don't account for the devastating toll the fires have taken on the region's wildlife. According to The Times UK, ecologists at the University of Sydney estimate that "close to 480 million mammals, birds and reptiles have been killed, directly or indirectly, by the devastating blazes since they began."

The catastrophic deaths of Australian wildlife have sparked passionate reactions online, from celebrities and civilians alike. One such post by singer/songwriter Anohni, who has released songs about climate disaster such as "4 Degrees," begins "480 MILLION HEARTS BURNED," before stating that ongoing fires are due to mankind's destructive impact on the earth. "My heart is broken, jan 1st 2020," she writes. "Half a billion wild animals burned alive for our cars and lights and flights, just now."

This staggering statistic includes at least 8,000 koalas, believed to have burned to death on New South Wales' mid-north coast. That's approximately one-third of the state's total koala population, according to Federal Environment Minister Sussan Ley. Last November, one koala, affectionately named Lewis by a local woman who attempted to save him, went viral after heart-wrenching footage circulated of the badly burned creature scrambling straight into a nearby raging brushfire. Unfortunately, Lewis' injuries killed him, but not before he became a figurehead of precisely why climate change denial is so dangerous.

According to Mark Graham, an ecologist with the Nature Conservation Council, koalas "have no capacity to move fast enough to get away" from fires spreading across treetops. Graham added that because so much of New South Wales is still burning, there is a grim likelihood many koala bodies will never be discovered and more population decline can be expected.

The scorched regions include nature reserves in the Greater Blue Mountains World Heritage Area as well as parts of the Gondwana rainforests, which have existed prehistorically. The area constitutes the most extensive area of subtropical rainforest in the world.

One way to help: the mid-north coast region of New South Wales houses a well-known koala hospital, which has taken in burned animals since the fires began. The Port Macquarie Koala Hospital has an active GoFundMe campaign to aid in covering medical costs. So far, the hospital has raised more than $1.3 million ($2 million AUD) since being established in September, reportedly the largest amount raised on the site in Australian history. Donate here.