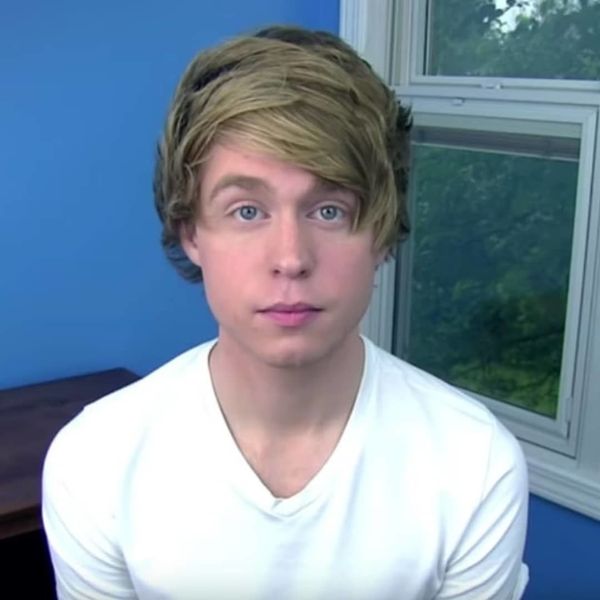 YouTube a cappella cover artist Austin Jones, 26, was sentenced to ten years of jail time, with eight years of mandatory supervised release for child pornography. Jones was found guilty of asking underaged girls to send him sexually explicit videos of themselves to "prove that they're fans."

In 2017, Jones who comes from Bloomingdale, Illinois was arrested in O'Hare International Airport on two counts of child pornography. After his arrest, he was released on a $100,000 bond, and under home confinement as well as barred from using the Internet. YouTube also terminated his account.

In his plea deal, he later admitted to having six girls — some of whom were as young as 14 years old — make pornographic videos. According to the plea deal, he contacted these girls through Facebook, and even convinced some of them that this was all part of a modeling opportunity. He also told them that he could assist them in gaining followers on Instagram.

Aside from his six victims, the singer further admitted that there were approximately 30 other occasions in which he attempted to persuade minor girls to send him sexually-explicit videos and photographs. He pleaded guilty in February, and just on Friday was given his sentence of ten years in federal prison by District Judge John Z. Lee.

Jones has already had a shady history when it came to his interactions with fans. In June 2015, he posted a 16-minute video to his blog — which has since been taken down by YouTube — wherein he also admitted that he used to ask fans to send him twerking videos. "Nothing ever went further than twerking videos," he said. "There were never any nudes, never any physical contact." Obviously, he lied.

A report by the Associated Press also states, "In addition to giving the girls suggestions for poses and underwear choices, Jones frequently gave them 'lines' to recite."

"Production and receipt of child pornography are extraordinarily serious offenses that threaten the safety of our children and communities," Assistant U.S. Attorney Katherine Neff Welsh said in the government's sentencing memorandum. "Jones' actions took something from his victims and their families that they will never be able to get back."

During the sentencing, the Chicago Tribune reports that, "Jones' lawyers stressed his genuine remorse, his commitment to therapy and, most notably, his own history as a victim of abuse. Jones' now-deceased father molested him for years as a child, the defense alleged, saying the singer's subsequent actions can only be understood in context of his own personal trauma."

But in his remarks, judge Lee noted that the trauma from his father's abused should have given Jones better perspective, and a deeper understanding of the impact of his own sexual violations against these girls. "I realize that you yourself suffered a great deal while you were growing up, and I'm deeply sorry for the treatment you received from your own father," Lee said. "But Mr. Jones, you of all people should know the tremendous harm that you were causing these girls that you targeted and preyed upon when you were doing it."