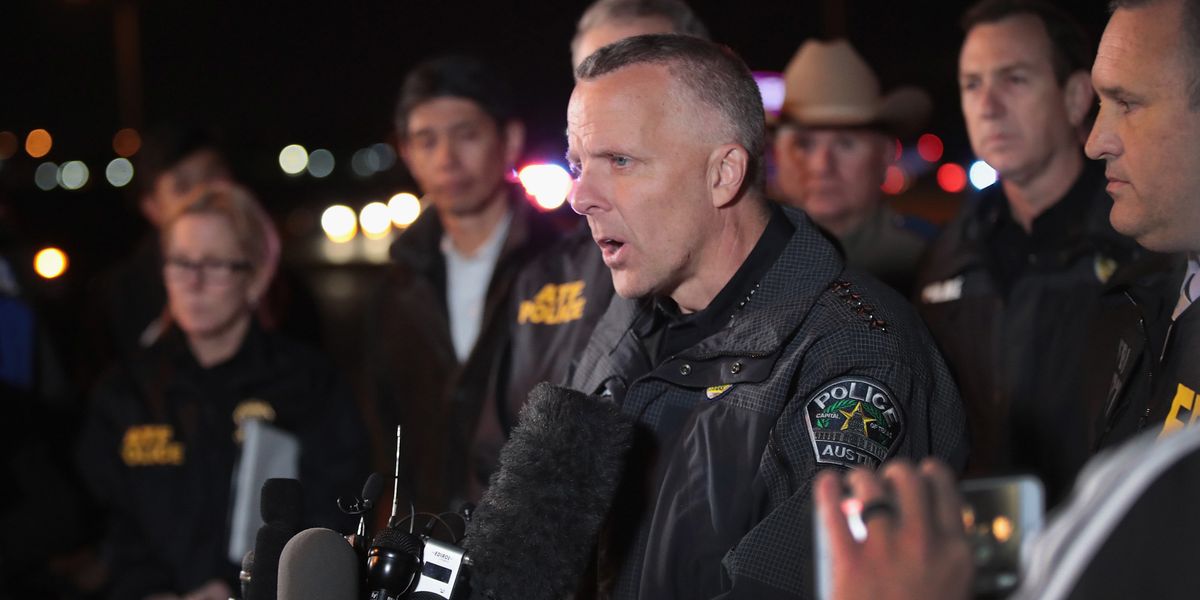 Austin police announced this morning that Mark Anthony Conditt, the man suspected of orchestrating a series of Austin bombings that killed two and injured five, is dead. The 24-year-old blew himself up in his car while being chased by the police, the New York Times reports.

Since March 2nd, Conditt has been orchestrating acts of domestic terrorism via a series of package bombs delivered to homes and one tripwire bomb set up on a sidewalk. He was identified in part via store receipts for the items he bought to make explosives, CNN reports. A search of his IP address also revealed "suspicious" Google searches, and a security camera at a FedEx store captured him shipping a bomb. Though Conditt is dead, officials are warning Austin residents to remain vigilant, as they do not know where he was in the 24 hours preceding his death, and there could still be more package bombs circulating.

The first three bombs were sent to predominantly black and Latinx neighborhoods on the East side of Austin, sparking speculation that the crimes could be racially motivated. The Internet has been commenting on how the story was initially overlooked because crimes against people of color are often taken less seriously than those which more directly affect white people. President Trump, for example, failed to comment on the bombings, but did tweet his support of the law enforcement that killed Conditt this morning. Conditt's motives remain unknown, and later bombs injured two white men as well, but the issue remains contentious. And, as usual when the perpetrator is a white man, he is much less likely to be identified for what he is: a terrorist.

This story will be updated with any new developments.