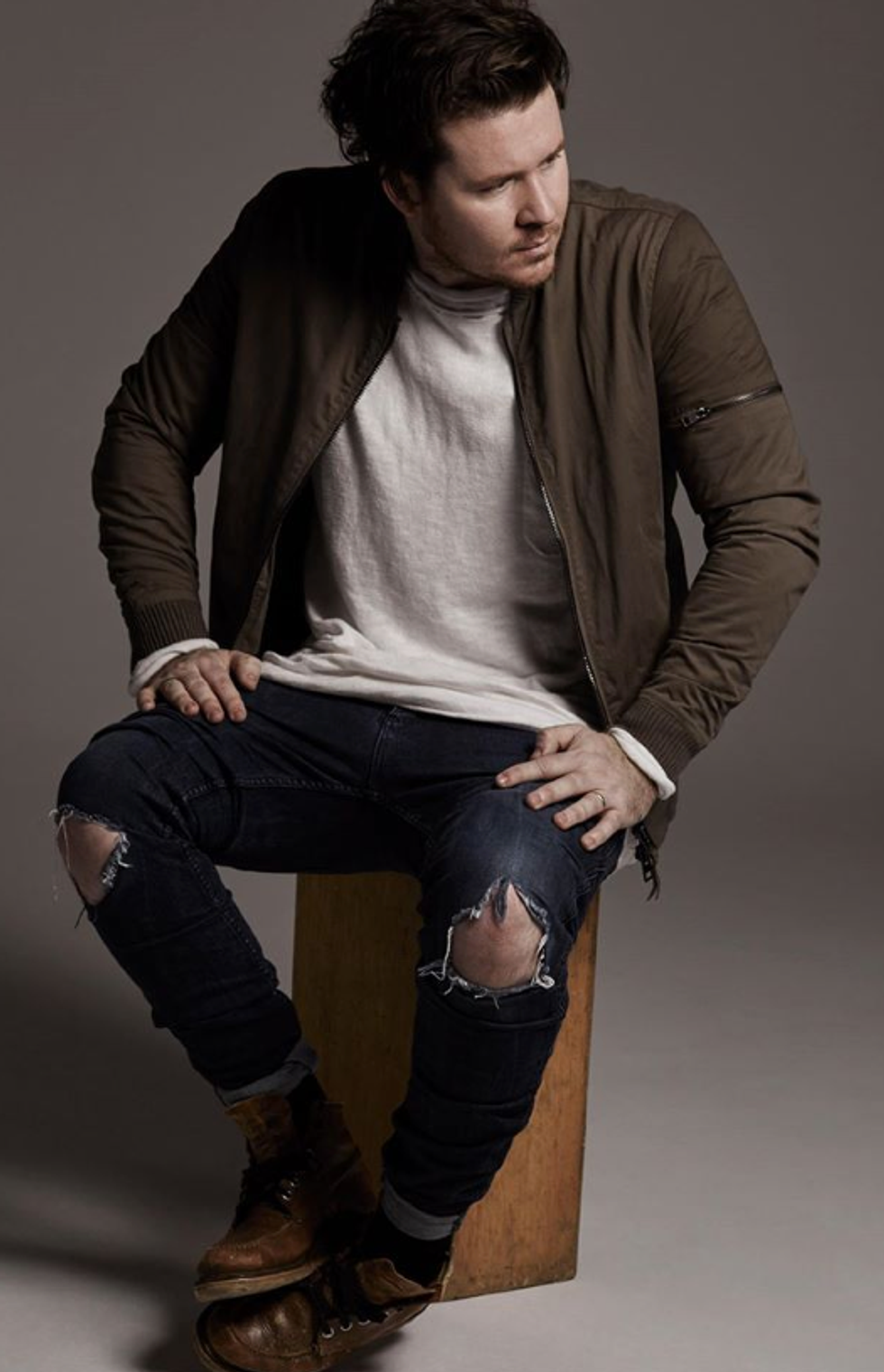 Aussie Singer-Songwriter Jarryd James On His New Tour, His Dream Collab and Getting Over Stage Fright

by Keenan Smith
PAPERMAG
It's been a busy end of the year for Australian singer/songwriter Jarryd James, whose self-titled debut EP, recently came out last month ahead of a North America tour that pairs the artist with buzzy singer Meg Myers. Amidst all the excitement, James sat down with us to chat about how he got his start in music, being called an 'Adult Alternative" artist and what allowed him to get over stage fright.

I've been making music for a while -- not like what I'm doing now, but for the better part of the last ten years I've been making music in different formats and nothing had really connected like this. Before that, I didn't make any music. I was kind of shy, especially with singing; I didn't sing in front of anybody. I spent a lot of my childhood learning various instruments, trying to see how other people do it and figure out the best way I could do it.

What were you going to do if music did not pan out?

I kinda got a bit demoralized by the whole situation. Like I said, I was making music for a while, but about two years ago I stopped because it just got way too hard to be able to do it and still love it at the same time. So, I just started working full-time. I was in a job where I looked after young people and that's what I did for the last five odd years until I quit this last year, because things were going well [with the music] and I had to quit that job out of necessity. I just didn't have time for it, which was great.

How does it feel to have a hit record out? All of this fame sort of came at once. How has that been?

It's been great, man. I think the best part is that I didn't really have any time to sort of develop an idea of what to expect, so there's no letting me down. I'm able to enjoy it for what it is, and I'm having a great time. I'm in Berlin right now, about to do a show, and it's nearly sold out. That's the most incredible feeling, considering what I was doing just six months ago.

You've worked with some great people, including Joel Little who worked on projects with  Lorde, Sam Smith, and producer Malay who has worked with the likes of Frank Ocean. What has it been like to find yourself working with these talents?

It kind of blows my mind. I mean, look at what they've achieved. With both of those people, Joel and Malay, it feels a little bit too good to be true. But at the same time there was no pressure put on any of it because we all had the same agenda, which was to just make music we wanted to listen to ourselves, that we would be proud of, not to make singles or hits or whatever that shit means. Malay in particular, that [connection] was random and I think it was supposed to happen. When we were in the studio, half the time when I would want to suggest something he would already be doing it. That's super rare.

And touring with Meg Myers? That must be incredibly exciting.

Yeah, it's going to be sick, man. Just the fact that I get to play to so many various audiences around America -- I've only played two shows in the States, one in New York and one in L.A. so far -- that's going to be so interesting. And I think the difference in sounds that Meg and I both have will be a cool thing as well.

People like to draw parallels between your music and the likes of Sam Smith, Ed Sheeran, Nick Jonas and other neo-soul-esque musicians on the scene lately. How do you feel about those parallels?

Well I think it's always really awesome. One thing I've got to remember is that, regardless of whether I like the artist that I'm getting compared to or not, the reason that I'm getting compared to them is, most of the time, this is an artist they listen to and like themselves. So, I think it has more to do with the fact that they like it and not that it sounds like it. I don't set out to make music for any particular genre, it's just what comes out.

Who or what are some of your major influences?

It could be anything. I could hear a song and not know who it is and that could inspire me to write something. Actually, yesterday I was leaving a venue -- we had just played a show in Amsterdam -- and I don't know if you've heard of singer-songwriter RY X, but he's absolutely incredible. He's just an example but I had no idea where I had heard him before but it really inspire me to write some music. But on the other hand, the stuff that I've been listening to for years and years include the Beatles, Harry Nilsson, Harry Chapin, Stevie Wonder. Actually, Ben Folds is probably the biggest influence on me melodically, I always used to listen to his music.

Billboard wrote that you're "bubbling" under Adult Alternative Songs. Do you feel that category is fitting for you and your artistry?

What artist, living or deceased, would you most like to collaborate with?

I'd love to do something with Brian Adams. I think he has the best voice in the world. And I know that's a weird one, you know with the different genres, but I just think a duet with him would be sick.

You've said that you used to have anxiety when it came to your stage presence before. How do you feel about being onstage now?

Yeah, I just used to be really shy. It's weird -- I don't really know why, but I can just do it now. I think I just have grown confident in what I can do now. I forget what's going on half the time when I'm singing, I'm just focusing on singing as good as I can and I'm singing with as much as emotion as possible. Sometimes I catch myself going "Oh, shit, there's all these people staring at me," but I'm alright. I'm good now.
You May Also Like
Famous People

PinkPantheress Is 2021's Most Bewitching Breakout