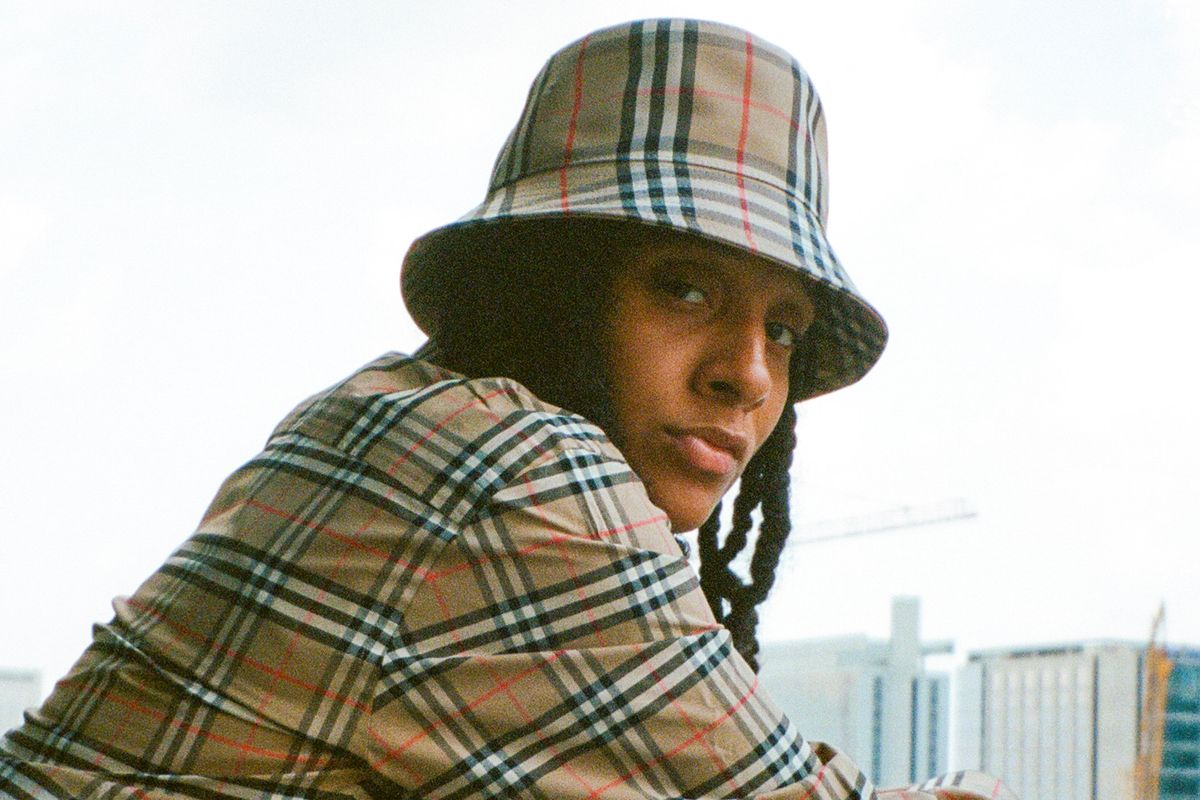 Brooklyn rapper Auntie Naj, everyone's favorite cool auntie, has won over listeners with her attitude, swag and confident sound. Last year, her debut EP Baby Loco got a good amount of traction, and since then she's become an up-and-coming artist to watch in the underground music scene. This summer, she's gained even more of an audience with her latest project, Summer with Auntie.

Throughout the summer, Naj has been dropping singles and accompanying visuals that radiate the "fun in the sun" energy we've all missed in 2020. Now, she closes out the season by releasing the fourth video for her song "That Shit Whack" with PAPER.

The track has a unique vibe among the rest of the songs in the Summer EP. "This song is important because it's like stopping all the turning up for a minute and letting me get in my feelings for a second," Naj told PAPER in a statement. "It's the slow song of the project but it represents that other side people don't see like, yeah, I have made fun turning up with new pretty faces. But it's a couple of shorties who are having me fucked up. I'm human."

In the new video, we get a solitary feel that audiences don't typically get from Naj. We see the artist popping champagne alone in a hotel room, reflecting — literally and figuratively — in front of a mirror. Directed by self-proclaimed film addict Kumoshai, the visuals have a retro Super 8 camera aesthetic that contribute to the subtle melancholy.

"The music video was almost therapeutic," Naj said, speaking to the experience of filming during these times. "It's been a crazy year with the pandemic and having a dating life almost seems impossible. So getting a telly copping some champagne for the pain and singing my heart out in a cozy robe was necessary. Then the other scene I got on all white, I felt reborn again letting the corny shorties of my past go."

Fans can expect more heartfelt songs from Auntie Naj coming soon. "I don't believe in being sad but be real with yourself but have fun in the meantime don't take life so seriously," she said. She hasn't given any specific dates for upcoming releases after this EP, but we should be on the lookout for what comes next.

Watch the "That Shit Whack" music video, below.