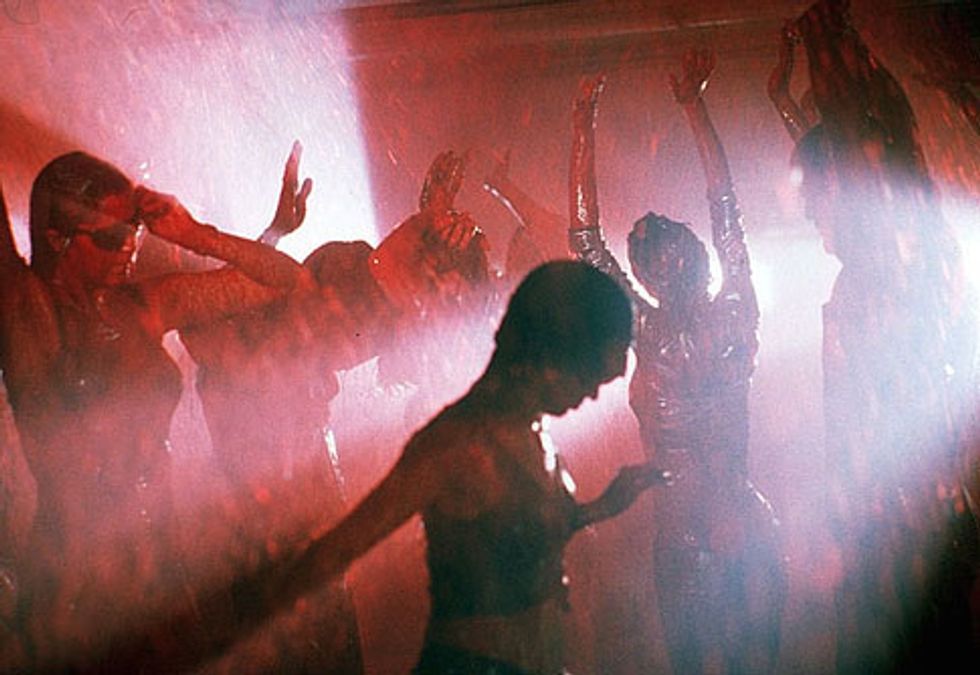 By Sandra Song
PAPERMAG
Attention all teen witches and aging vampire goths: The world's first ever "blood rave" is happening this Halloween in Amsterdam.
Exactly what you'd imagine, it'll be at a nightclub where clubbers will have blood dumped on them via an overhead sprinkler system. Whether or not that's human or animal blood is unclear, at the point but let's hope for the latter
Speaking to The NL Times on terms of anonymity, the organizers said that the party is inspired by the opening of vamp classic Blade. And while we're still not 100% sure if this is going to be a real thing -- despite their insistence that they've already tested it several times -- one organizer said at one point that it'll be just like the Blade scene, except "just more extreme."
"It is pushing the borders," another added later. "But we want to see how far we can go." Which is all gravy, but like, we hope they have a good answer for where they're getting all this blood. ð��±
[h/t Vice]
You May Also Like
Famous People