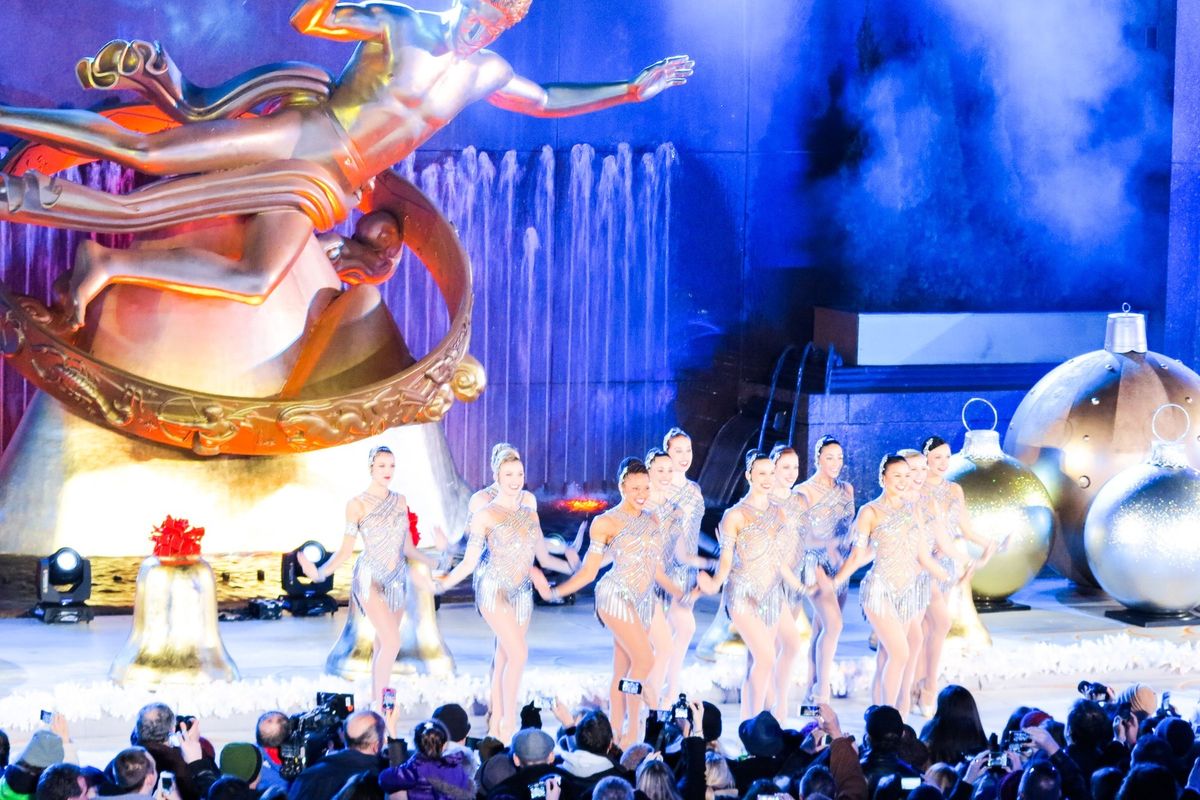 President elect Donald Trump's inauguration looms ever closer (January 20! Bolt your doors!), the administration is running into some trouble--particularly around their festivities. Though they've searched high and low, and maybe dangled ambassadorships as bait, the inauguration planning committee is finding it hard to get performers for Trump's big bash. The list of people who have said no to the call--including Elton John, Celine Dion, Garth Brooks and Andrea Bocelli--continues to grow, leaving the entertainment thus far to consist of America's Got Talent singer Jackie Evancho and the Mormon Tabernacle Choir.

Yesterday, it was announced that another high-profile group would be joining the celebrations--Radio City Music Hall's own Rockettes.

However, shortly after the announcement was made, it became clear that some individual dancers in the company were not thrilled with being asked to perform for the President elect--but they may not have a choice. Earlier today, BroadWay World obtained an email from the American Guild of Variety Artists that, boiled down, basically says any Rockettes who are full-time employees of the company will be forced to perform, regardless of objections. Though the letter doesn't go quite so far as to say that Rockettes who refuse to participate will lose their jobs, those fears were certainly weighing on the dancers.

The letter prompted a wave of outcry across social media, with plenty of people pointing out the uncomfortable reality of a group of women being forced to perform for a president known for his misogynistic language and actions.

So the Rockettes should "do their job" but pharmacists who don't want to give birth control or bakers that won't serve gay people shouldn't?
— Mara Wilson (@MaraWilson) December 23, 2016

Women being forced to do something against their will at Trump Inauguration? Sounds about right #Rockettes
— Kai Zander (@kaizander) December 23, 2016

The members of the Rockettes and the Mormon Tabernacle are like all of us: Forced to go along with something horrible they didn't choose.
— George Takei (@GeorgeTakei) December 23, 2016

No one should be forced to do anything against their will, not women nor men, whether performers or not. AGVA must protect their artists. https://t.co/E9pdPAAwp6
— Paul Feig (@paulfeig) December 23, 2016

Following the uproar, the Rockette's management company, Madison Square Garden Company, released a statement which clarified that none of the dancers would be forced to participate in the inaugural celebrations. "For a Rockette to be considered for an event, they must voluntarily sign up and are never told they have to perform at a particular event, including the inaugural," the New York Times reported the statement read. "It is always their choice." It went on to claim, in what sounds truly like Trump-event-related language, that "we had more Rockettes request to participate than we have slots available. We eagerly await the inaugural celebrations."