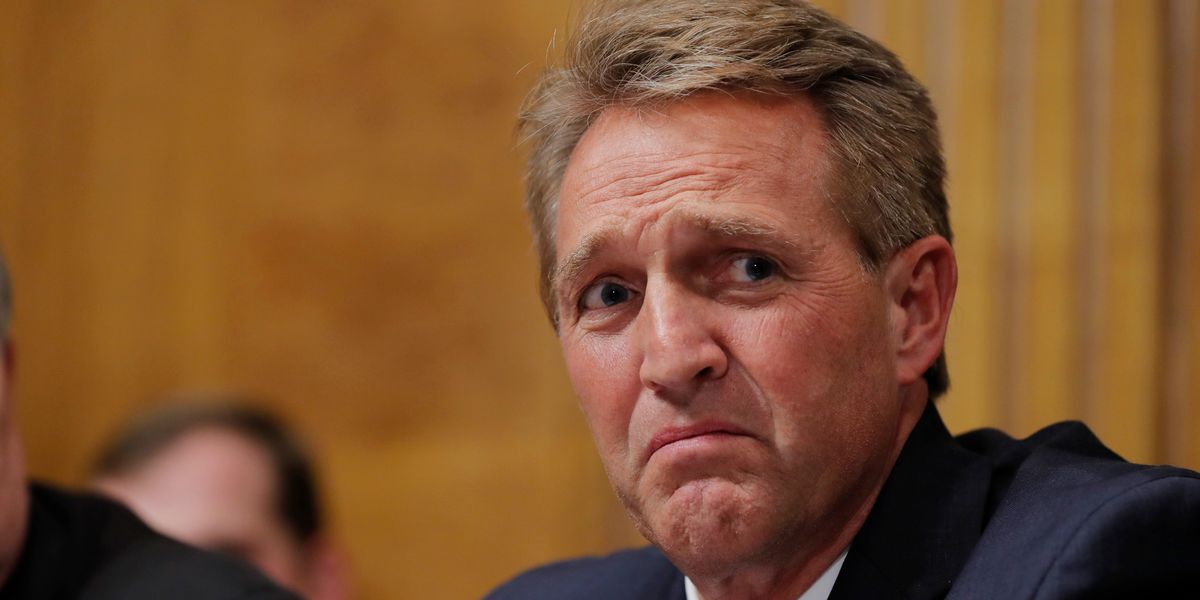 Dr. Christine Blasey Ford's even-voiced, reluctant and brave testimony against Supreme Court nominee Brett Kavanaugh brought up familiar feelings for sexual assault survivors and women and non-binary people around the world. While the pain and trauma Ford described during and following her assault were recognizable to the point of déjà vu, so too was the predictable yet still disappointing reaction by the overwhelmingly white men on the Senate committee to Kavanaugh's testimony, made up of equal parts weeping, yelling and performative indignation.

While women have been taking to social media to express their frustration and pain, two survivors seized the opportunity to confront the previously uncommitted Republican Senator Jeff Flake of Arizona, who announced today that he would vote yes to confirm Kavanaugh. Blocking his exit from an elevator, the two women asked Flake to look them in the eye and tell them that they, as sexual assault survivors, don't matter. Flake remained completely silent, staring at the floor.

Jeff Flake gets held accountable by sexual assault survivors in an elevator after he announces his vote for Kavanau… https://t.co/UKkggUiyFO
— Sarah Reese Jones (@Sarah Reese Jones)1538142112.0