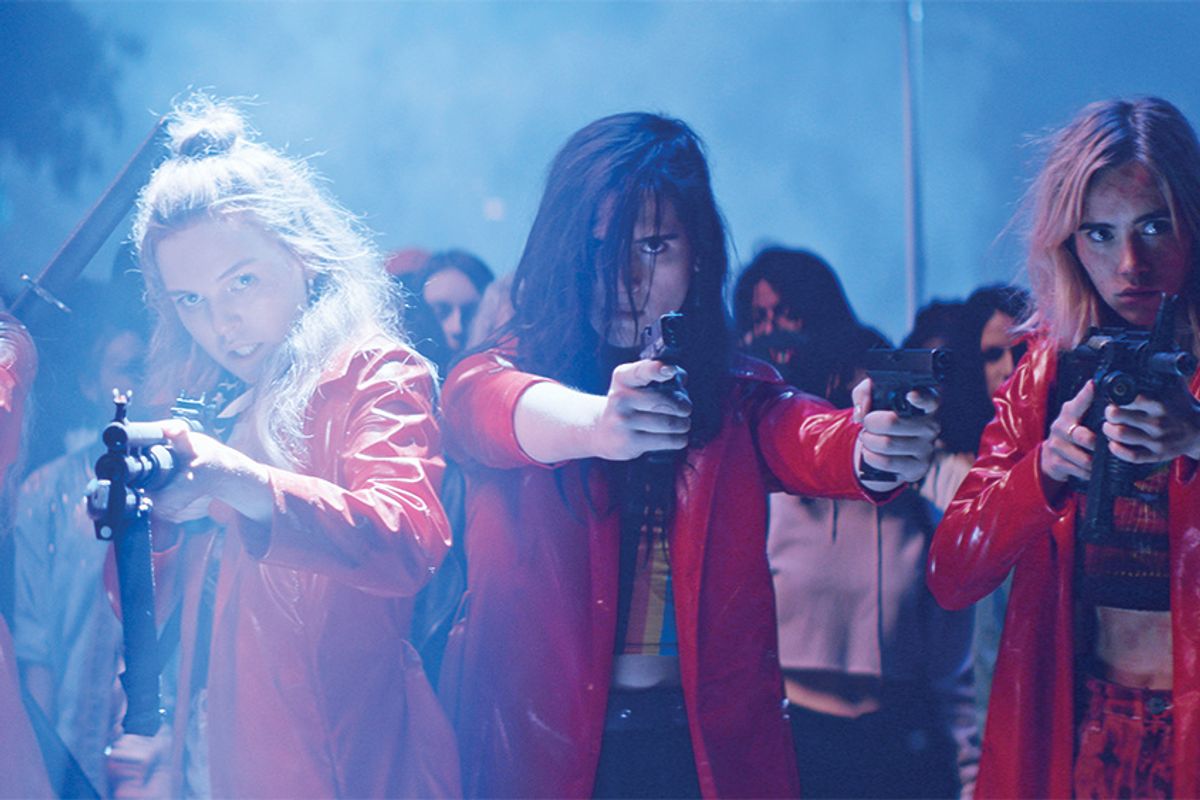 As many indie films flail to find distributors at Sundance, one feature has broken the losing streak in a big way. Assassination Nation, the high school thriller/comedy has been snapped up by I, Tonya distributor Neon in partnership with fellow newcomer AGBO for a cool $10 million.

The purchase marks a massive victory for the festival, which has thus far failed to entice even reliable giants, Netflix and Amazon, into backing a project. It likely goes without saying that the talent involved, Hari Nef, Suki Waterhouse, Bella Thorne and Abra, who are massive stars outside of the film industry, played a big part in inking the deal.

Assassination Nation reportedly made its debut to cheers from the audience after it opened with a trigger warning, informing viewers they were about to witness "sexism, racism, torture, violence, and fragile male egos." The film is being classified as a "feminist revenge horror," as it focuses on four teenage girls who fight back after discovering their personal texts and sexts had been leaked by a hacker.

The film has already garnered mixed reviews, with Variety claiming it feels reminiscent of "a Molotov cocktail thrown at a hazy target," while The Verge describes Assassination Nation as "a pretty plausible and nuanced depiction of social media and doxxing, at least until everything descends into complete anarchy."

Only time, and Rotten Tomatoes, will tell if it's truly worth the watch, but in the meantime, check out the trailer, below.