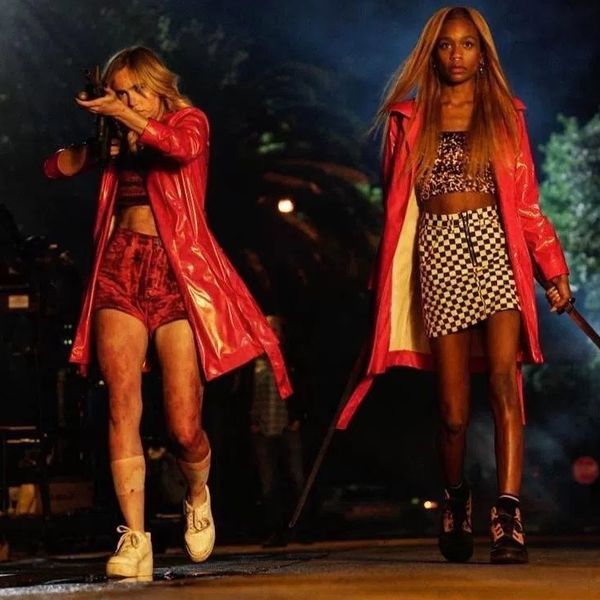 Prepare Yourself for 'Assassination Nation'

The film, which has been marketed as a "feminist revenge horror" follows a group of high school girls who fight back after discovering their personal texts and sexts had been leaked by a hacker as their hometown of Salem descends into anarchy. Essentially: a film made about and for the digital age. Needless to say, the overtly liberal film is bound to stir up some Trump supporters.

Assassination Nation was reportedly met with cheers from Sundance audiences after it opened with a trigger warning, informing viewers they were about to witness "sexism, racism, torture, violence, and fragile male egos." The same message is displayed in the trailer below, amid glimpses of guns, drugs, sexy selfies and much more.


Check out the must-watch trailer, below, and get ready to for complete carnage.