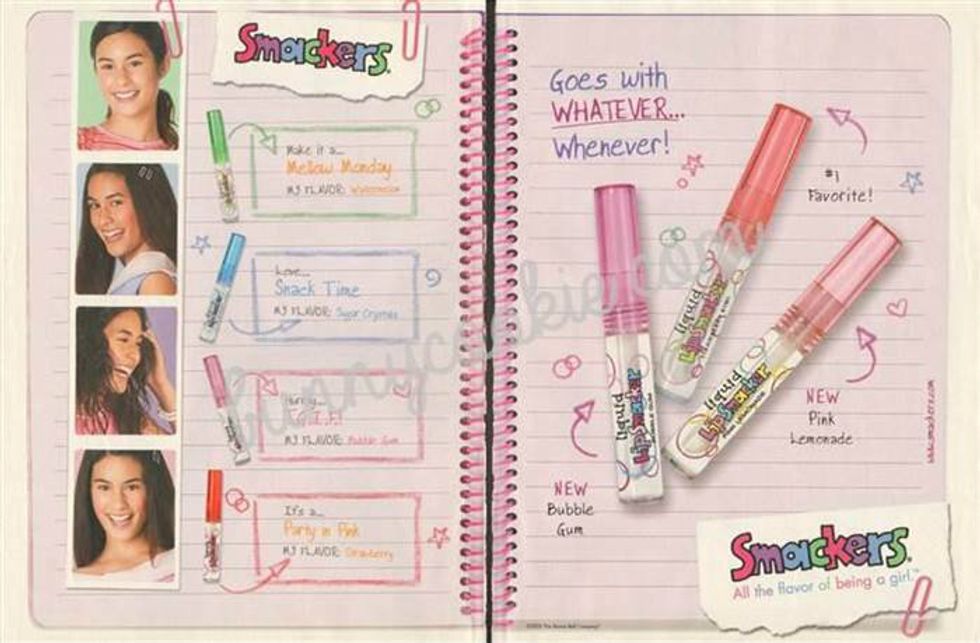 This week, we talk to Tavi Gevinson, who by this point is the rare person who may need little-to-no introduction. First as a fashion blogger under the title Style Rookie (which now functions as her personal site), then as the founder of Rookie, a thriving, influential online magazine for teen girls, Gevinson has had one of the most successful (and public) careers of anyone raised on the internet -- and she's moved, at least in part, offline with several other projects, including acting on Broadway. Considering that that Style Rookie started taking off when she was 12, an age when most other people are struggling through middle school, her early experiences with the internet seem inextricable from the direction her life has taken. Here's A/S/L.
What was the first internet service you made an account for? Was there a specific reason you made it? (i.e. I made my first AOL account so I could sign up for Neopets)
My dad got my sisters and mom and me all matching Comcast email addresses, I think in an attempt to like, understand the impending 2000s. I was probably conditioned to believe inane facts about myself were riveting to other people through those "this is my personality!!!" email chains.
Did that translate at all into the decision to start Style Rookie?
The solipsism (or just writerly muscle?) that may have developed through those survey chains as well as a series of "All About Me" books designed for young girls of the early 2000s (one of mine was Lip Smackers-branded) probably carried over to my blog.

What was your first screen name?

TaviToons7 because my friend's mom called me that. 7 was my lucky number and therefore my identity. I also feel I should tell you that I shared a Neopets account with two boys from our synagogue and that our username was jewsrule3. Isn't that the worst thing you have ever heard? I was still keeping up my own account because EVERY MAN FOR HIMSELF and my password was a misspelling of Good Charlotte because I was like, "Favorite band, favorite band...the boys, with the song!"

I was really into decorating the shops because customizing the design of your page was the most attractive quality, to me, of Myspace, which I wasn't allowed to have. My cool Rayanne-ish friends did, and were friends on it with all of their older, middle school-aged siblings and their friends and boyfriends. I asked my dad if it was OK to get a Xanga and he said no but I made it anyway and kept it up for maybe a weekend.
What was your most profound AIM away message (or rough equivalent)?
When I took up guitar in 6th grade I proudly added every new song I learned in a different color font. I remember "The Way I Am" by Ingrid Michaelson, "Bubbly" by Colbie Callait, and, because I didn't have context for anything, the one that Eugene Levy and Catherine O'Hara sing in A Mighty Wind.

How has your relationship with the concept of online private spaces changed over time? Has that manifested itself in independent, personal sites?
I kept a diary throughout high school because I didn't want to need feedback on everything I wrote, and I think that makes the writing you publish publicly stronger, because you already have the outlet to spill your guts, and then you shape it into something that expresses an idea larger than you, that could actually make sense outside of your head. I don't think I ever kept a private blog, though. That would have defeated the point. It was good to know my own handwriting.
Who were the first people you thought were big deals on the internet, and did you ever interact with them IRL?
Fashion bloggers like Susie Bubble and Rumi Neely! Yes, it was like, mind-blowing.

Chart the history of your life in websites, by listing the most important site to you each year you've been online. How did each of those help facilitate your understanding of how taste functions and is created online?

How daunting! So there were pet sites like Neopets and Webkinz (which required buying stuffed animals IRL which were pretty expensive and so when you got into that instead of Neopets you went on a bit of a Fergie's "Glamorous" journey). Simultaneously, dress-up ones like Stardolls/Paperdoll Heaven (I think they merged?) and Dollz, which had a tank top with the Playboy logo on it that I always thought it was cute until I found out what it meant and was mortified. Disney Channel had some pretty good games and every now and then I'll meander over to the Kim Possible page and give A Sitch in Time another whirl. I was very into the games on sites for IRL dolls like Polly Pocket, MyScene, Barbie, Bratz, and DivaStarz. PUT A "Z" ON IT AND I'M THERE.

What's the strongest relationship you've ever formed with someone you hadn't met IRL? Did it change if/when you met?

By now, the vast majority of people in my life and most of my closest friends are people I met somehow through "work," which started with my blog, then became other online stuff like Rookie or writing, and then offline stuff like acting.

When you were first online, did you ever create alternate identities online?

My friend and I kept a Xanga for like an inside joke character we created who was essentially a Napoleon Dynamite ripoff. (Answering this whole interview has been a form of time travel so thank you.)

What's the most important thing you've learned from the internet?

I believe blogging was most formative for me in what it must have done to my brain to discover most of the art that became important to me and pick apart why I gravitated towards it... that stuff is my DNA now. And trying to translate it into outfits and writing and internalize it all and build this constellation of stuff that I felt had taught me how to live? It goes beyond imagining how my life would've turned out without the publicness or opportunities; I would experience the world differently and be a completely different person. I think it's fascinating and I'm thankful for every bit of information I've processed. It deepened my ability to feel connected to other people's work -- which is like, the most blessedly wonderful thing about being human -- and all of it factors into my own.

No and no. I probably shouldn't have stayed up on Tumblr till 5 AM but I was like, reading old profiles of elusive figures in fashion. Or maybe I've just forgotten all the shitty stuff I wasted time on. Now since being online is part of my job, I don't really like to spend extra time on it. It'd be like staying in the office after hours.