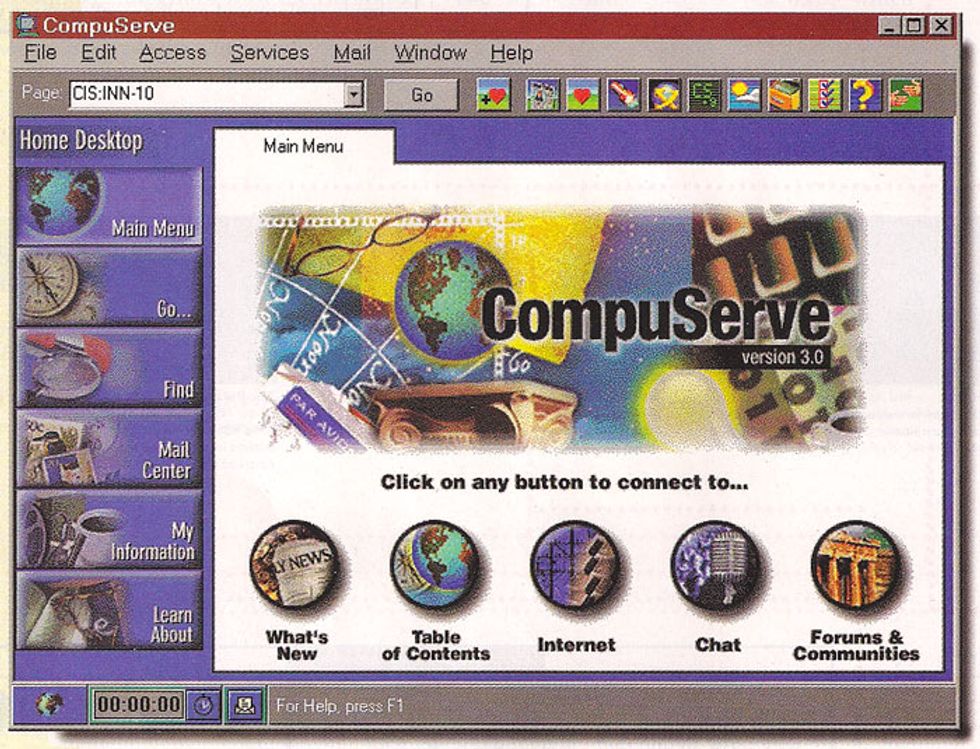 by Eric Thurm
PAPERMAG
The internet has been part of our lives for long enough that a generation of writers and artists has come of age with it, and used it as a tool to construct their creative and professional identities. But that also means that they grew up alongside an internet that today's teens would find foreign and scary, during the days when MySpace was the biggest social network, AIM buddy profiles were important social statements, and having your own GeoCities page was a big deal. Our column, A/S/L, asks the people who are best at the internet to tell us about their personal Web 1.0.
This week, we talk to rapper Open Mike Eagle. His music somehow manages to seamlessly blend indie rock influences with unapologetic "art-rap" into something with equal parts pathos and humor, applying a perspective to the world that's both consistently relatable and highly specific. Last year's Dark Comedy might have been the best album of the year, and this year's A Special Episode of EP is just as good.

He has a great group of collaborators, from the other members of the Hellfyre Club collective to a who's who of LA beat producers to Hannibal Buress. Maybe most importantly for A/S/L purposes, he's consistently interested in the way modern technology and pop culture shape the way we understand the world and ourselves.

How did you first encounter the internet? Did it seem natural to you?
I can't remember if the very first encounter was AOL or a dial-up bulletin board. I was doing both pretty heavy in high school. I'm guessing it was probably AOL -- the chat rooms in there became my life for a while.
What was the first internet service you made an account for? Was there a specific reason you made it? (i.e. I made my first AOL account so I could sign up for Neopets.)
My first service was definitely AOL, although I had accounts for Prodigy and Compuserve as well. I signed up with AOL cause I kept getting them endless CD-ROMs in every magazine ever. Plus, I had a modem and couldn't figure out what the hell else to do with it, until i eventually found the BBS community.
What was your first screen name? Email address? What did they mean to you?
My AOL screen name was Primus4340. Primus was my favorite band at the time, and I suppose that it was the favorite of 4,339 users before me. My first email address was openmike20@hotmail.com -- I still have it, and it's still my rap name, too. I guess I don't let things go.
What was your most profound AIM away message (or rough equivalent)?
Never used AIM much. I don't like one-to-one chatting. It reminds me too much of talking on the phone.

What are all the services you've used to share music over the years? Were any of them especially terrible?
Oh man. Napster, Audiogalaxy, Morpheus, Soulseek, Kazaa, Kazaa Lite, and a little LimeWire. I never torrented much, because I still don't really understand how it works. I used to really really, really like Audiogalaxy. Audiogalaxy x The Rap Sample FAQ was my entire digital music collection for a couple of years
Who were the first people you thought were big deals on the internet, and did you ever interact with them IRL?
I thought the guys that moderated the games in AOL chat rooms were rock stars. (I was 14.) I didn't meet anyone from the internet until the BlackPlanet era.
Chart the history of your life in websites, by listing the most important site to you each year you've been online. How did each of those help facilitate your understanding of how taste functions and is created online?
Man, I don't know if my memory goes back this far. I'll give it a try:
AOL
Various bulletin boards
Hotmail
411wrestling.com
Hapster
Yahoo
cdnow.com
insidepulse.com
megagreek.com
BlackPlanet
SoulSeek
Robert Anton Wilson's site
MySpace
Gmail
Facebook
Philaflava
Twitter

Second part of that question is a little difficult, 'cause I'm not sure if that's the way these sites affected me. When I look at the list, it looks like my journey has slowly changed from using the internet to find out about things to using the internet to meet and interact with people. It also follows my journey from being a content consumer to a content creator
What's the strongest relationship you've ever formed with someone you hadn't met IRL? Did it change if/when you met?
Hell, I still haven't met the owner of my current label home (Mello Music Group), and my career is pretty much in his hands.
What's the most important thing you've learned from the internet? The best opportunity you've gotten from it?
Well, I've learned how to use every piece of audio software I have by watching YouTube tutorials, so that's pretty important.

The best opportunity I ever got was being on WTF with Marc Maron, 'cause I used the internet to send him a long, nonsensical email that he actually read.

Your music is often concerned with technology's ability to both enhance and isolate people -- how has that manifested itself in your life?
Sometimes when I'm really, really, high, I think about how if I were an alien looking down on people, I'd be horrified by how many of us seem to be perfectly content with sitting in rooms alone, staring at various screens and tapping electric boxes. Like, could you imagine if we found a species of ape that liked to sit by themselves staring at boxes?
Do you wish you had spent less time online when you were younger? Do you wish you spent less time on the internet now?
I don't really worry about the amount of time I spend online so much as I worry that we don't know the long-term health side effects of exposing our bodies to these technologies in such a prolonged fashion every day. I have a song where I imagine the EMF waves from my cellphone will turn me into a Godzilla monster one day. The studies of the effects of these waves on our bodies are pretty horrifying.